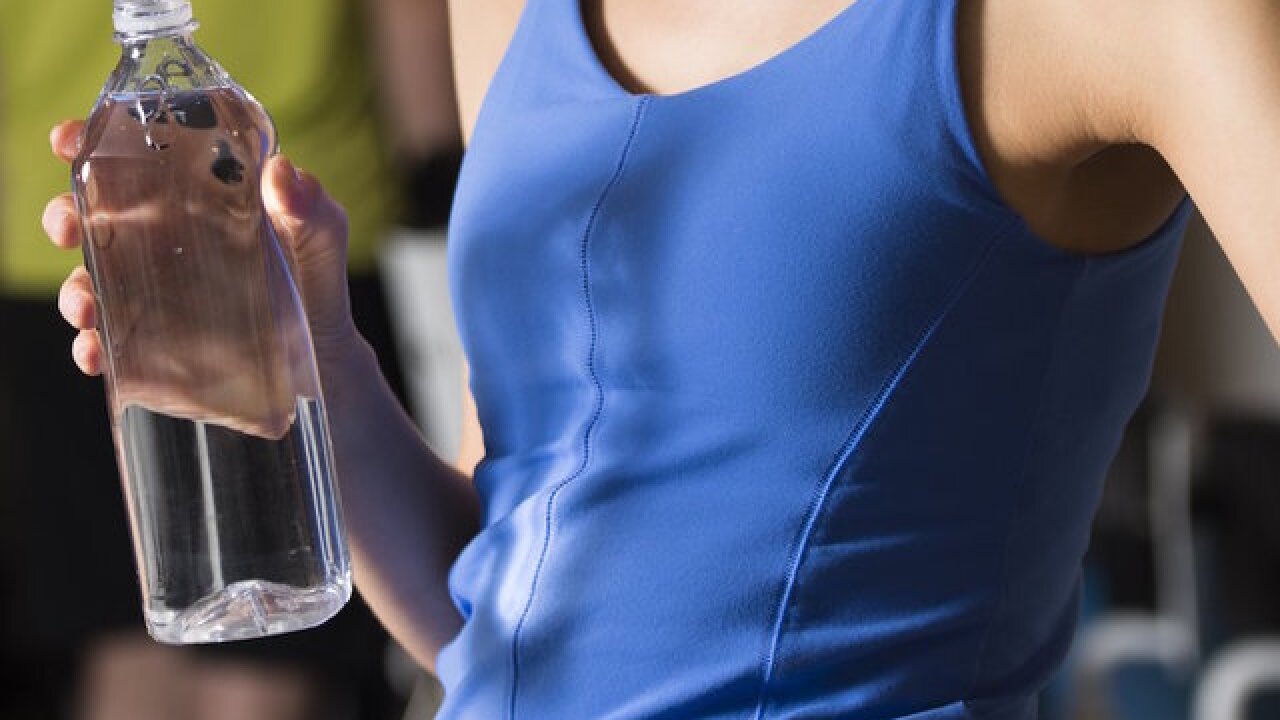 © 2018 Cable News Network, Inc.
Shutterstock
<p>Bisphenol A, or BPA, and phthalates are often called "everyhwere chemicals" because they're found in so many products- from the water bottle you take to the gym to the flooring in your kitchen.</p>

Dining out frequently is known to increase one's intake of unhealthy sugars and fats. But a new study suggests that there's another reason to eat at home more often: phthalates.

Phthalates are potentially harmful chemicals found in hundreds of consumer products, including perfumes, hair sprays, shampoos and the plastics used in food processing and packaging.

Consumption of these chemicals has been linked to birth defects in young boys as well as behavioral problems and obesity in older children and adults. Exposure in utero can alter the development of the male reproductive tract, resulting in incomplete descent of one or both testicles.

Scientists also suspect that the chemicals can disrupt hormones and may cause fertility problems. They've connected them to childhood obesity, asthma, neurological problems, cardiovascular issues and even cancer.

"Phthalates are a class of synthetic chemicals known as endocrine disruptors, meaning they affect hormones in the body," said Dr. Sheela Sathyanarayana, an associate professor of pediatrics at Seattle Children's Hospital and the University of Washington and past chairwoman of the Environmental Protection Agency's Children's Health Protection Advisory Committee, who was not involved in the study. "Hormones are essential for normal body functions such as reproduction or metabolism."

The study, published Wednesday in the journal Environment International, found that the phthalate levels of participants who had eaten at restaurants, cafeterias and fast-food outlets in the previous day were 35% higher than those who reported eating food purchased at the grocery store.

Those who dined out were probably exposed to the chemicals via foods that had been in contact with plastic packaging, said Ami Zota, an assistant professor of environmental and occupational health at George Washington University and a leading author on the study.

"The main idea is that food that is made in restaurants and cafeterias may be coming into contact with materials containing phthalates in part because some portion of the food is made in decentralized locations," Zota said.

"Most of the phthalates that are of most concern from a health perspective are plasticizers; they're added to make plastics soft," she added. "They're added to food packaging, they can be in food handling gloves, and they can be found in food tubing."

The study relied on data collected between 2005 and 2014 from the National Health and Nutrition Examination Survey, administered every two years by the US Centers for Disease Control and Prevention. It included 10,253 people who were asked about their dining habits over the past 24 hours and who provided urine samples to evaluate phthalate levels in the body.

The researchers found that about two-thirds of respondents reported dining out at least once the previous day. Those who dined out also had significantly greater levels of phthalate metabolites in their urine.

This association was consistent across all ages, genders and ethnicities, but it was strongest among teenagers who ate out: They had phthalate levels 55% higher than those who ate at home.

"The association between phthalate exposure and dining out existed in all age groups, but the magnitude of the association was highest for teenagers," Zota said. "Certain foods, especially cheeseburgers and other sandwiches, were also associated with increased levels of phthalates, but only if they were purchased from a dining-out establishment."

This is not the first time phthalate levels have been linked to food sources. In 2016, Zota led a study that showed a connection between phthalate exposure and fast-food restaurants. The new study expands on this research by showing that the link persists even when eating at other types of establishments, such as sit-down restaurants and cafeterias, she said.

"We first used this methodology to focus on fast food and found some striking associations between recent fast food consumption and phthalate exposure," Zota said. "And now, we extended that to see if the findings were unique to fast food, or how do they compare to other food outlets that may reflect other types of food processing and manufacturing systems?"

Last year, a report found high concentrations of phthalates in macaroni and cheese mixes, which prompted a push for additional regulation of the chemicals in food. Although the US Food and Drug Administration monitors levels of phthalates in a number of cosmetics, it does not regulate its presence in food or beverage products.

"Policy would need to focus on reducing phthalate exposures in food production processes. Food manufacturers would need to know about sources of contamination and work to reduce these," Sathyanarayana said. "The other way to approach it is to either reduce or ban phthalate use in food manufacturing."

The good news, though, is that phthalates linger in the body for only about a day. Changing your eating habits and consuming more home-cooked meals could therefore have almost immediate health benefits, according to Zota.

"Preparing food at home may represent a win-win," Zota said. "Home-cooked meals can be a good way to reduce sugar, unhealthy fats and salt, and this study suggests that they may not have as many harmful phthalates as restaurant meals.

"The other important point is that these chemicals are ubiquitous in the environment," she added.

"So, to really reduce everyone's exposure to these potentially harmful chemicals, we need systemic changes to how our food is produced and transported, and that's going to require changes in policy as well as market-based solutions."