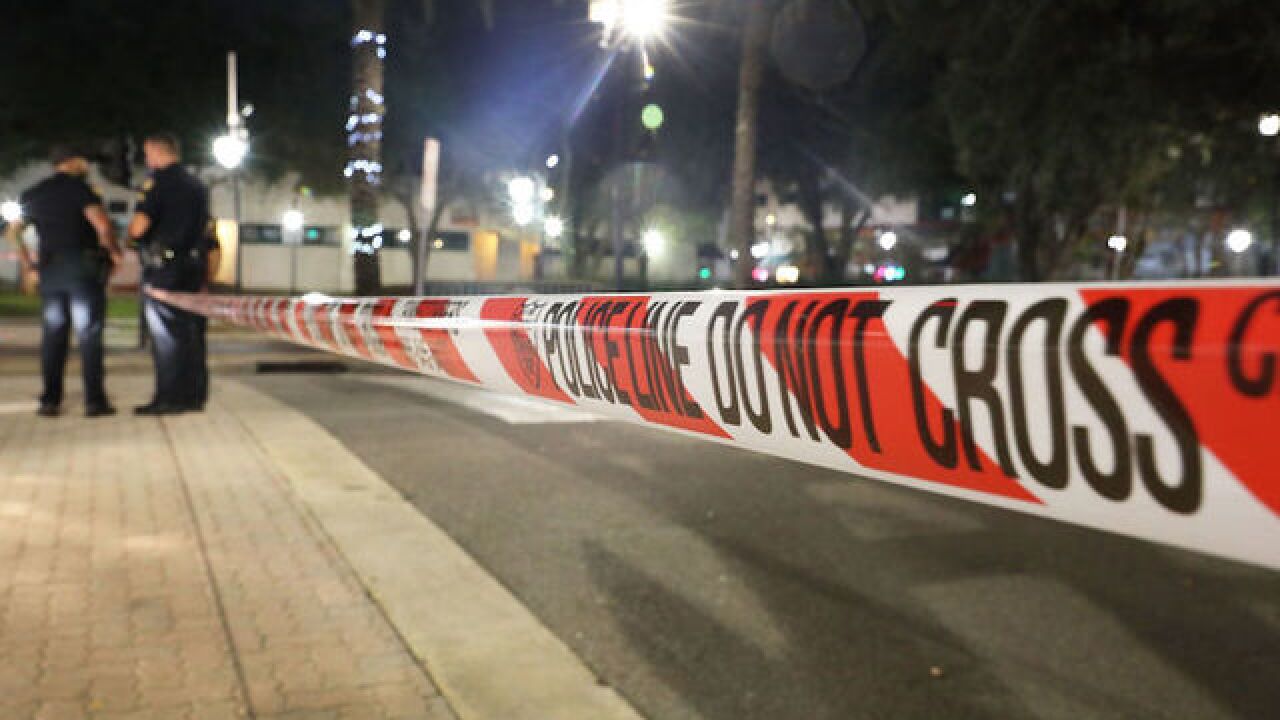 Image copyright 2018 Getty Images. All rights reserved. This material may not be published, broadcast, rewritten, or redistributed.
Joe Raedle
<p>Police tape is seen as law enforcement officials investigate a shooting at the GLHF Game Bar located in the Jacksonville Landing on August 27, 2018 in Jacksonville, Florida. The shooting occurred at the GLHF Game Bar during a Madden 19 video game tournament and initial reports indicate 3 people were killed including the gunman and several others were wounded. </p>

Mass shootings and acts of terrorism may dominate headlines, but it's the homicides and, to a lesser extent, the suicides that happen out of the spotlight that make up the bulk of firearm-related deaths around the world, according to a study published Tuesday in the journal JAMA.

More gun deaths happened outside of war than in it during the years researchers examined (1990 through 2016) in 195 countries and territories.

Gun deaths are predominantly concentrated in six countries that make up less than 10 percent of the world's population. The United States, Brazil, Mexico, Colombia, Venezuela and Guatemala together account for more than half of the gun-related deaths worldwide.

In 2016, the majority of global firearm deaths -- an estimated 64 percent -- were homicides. Suicides accounted for 27 percent of the gun deaths. A small fraction, about 9 percent of gun deaths, were accidental.

If you were to look on a map, the highest numbers of gun-related homicides are concentrated in a belt that stretches from Mexico through the Caribbean to Brazil. Many of these homicides involve drug cartels, the authors suggest, and there's a problem with organized crime and the illegal gun trade.

"The sheer magnitude of these deaths and the range in firearm-related deaths is extraordinary," said the study's senior author, Chris Murray, director of the Institute for Health Metrics and Evaluation at the University of Washington.

The most vulnerable demographic to gun violence was men between 20 and 24 years old. Men were also the biggest perpetrators of gun violence.

"The US really has quite marked rates around suicide," Murray said. "That was a surprise to me."

Americans also own more guns per capita than residents of any other country , with about four in 10 Americans saying they either own a gun or live in a home with guns, according to a 2017 Pew Center study.

Americans have been killing themselves more with guns over the past decade, but homicide numbers have been relatively flat. The US ranks 30th in the world for total number of homicides, according to the study.

There is no one single trend behind gun violence. Drugs, alcohol, a lack of mental health services and domestic violence are often to blame, as is poverty, the study suggests.

"Places with high rates of firearm mortality that are getting worse tend to be places with weak government institutions, especially in the criminal justice system or social upheaval," Daniel Webster , who has written extensively about gun violence as director of the Johns Hopkins Center for Gun Policy and Research , wrote in an email. Other things that stood out from these numbers, he said, is that while the "measures aren't great," he said, "there is a connection: more guns, more gun-related deaths."

Webster, who was not involved in the new research, added that the general downward trend in firearm mortality is something that stands out because "we tend to think of our current rates of gun violence as the worst ever, but there has been great progress" toward stemming some of this violence.

Laws that seem to limit gun violence include ones that strengthen background checks and require permits for ownership, the study authors said. More restrictions on guns in Brazil and South Africa seem to suggest a link between a reduced access to gun ownership and a lower number of gun-related suicides and homicides.