The rare sighting was captured about seven miles off the coast on Friday. Beluga whales are native to Arctic waters and while they do swim south during the summer months, San Diego is still considered a long way off for the animal. 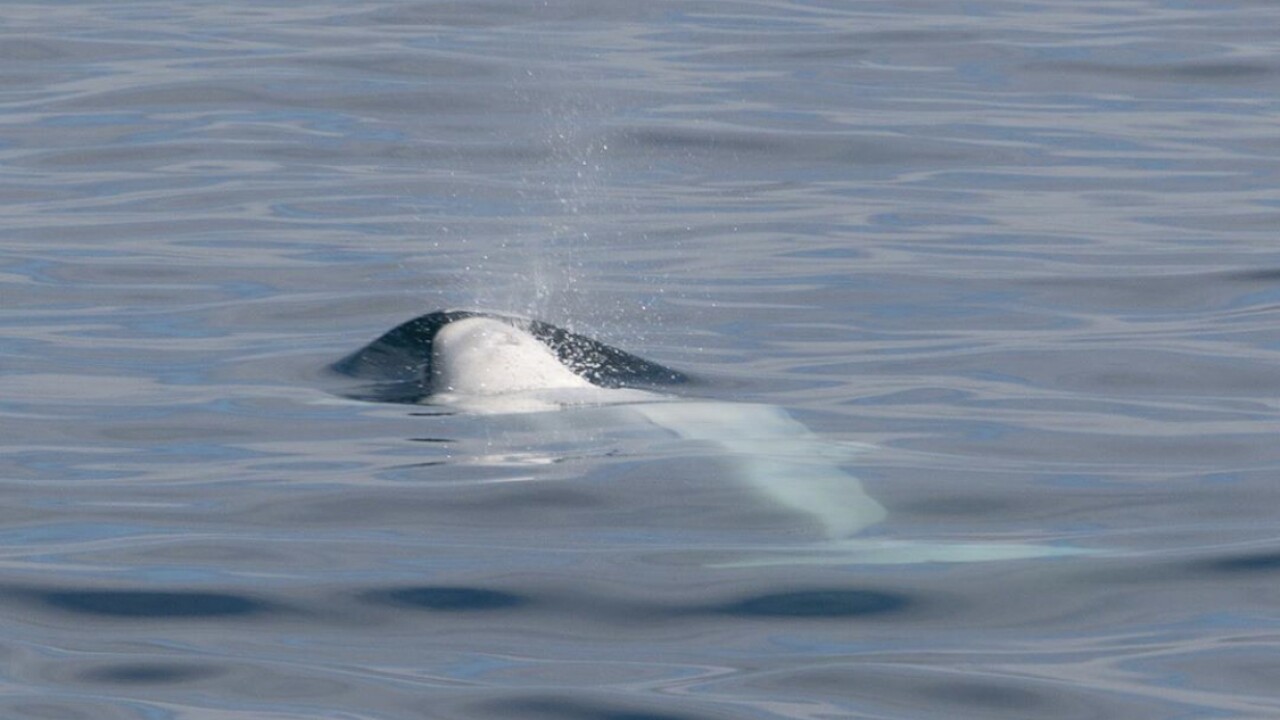 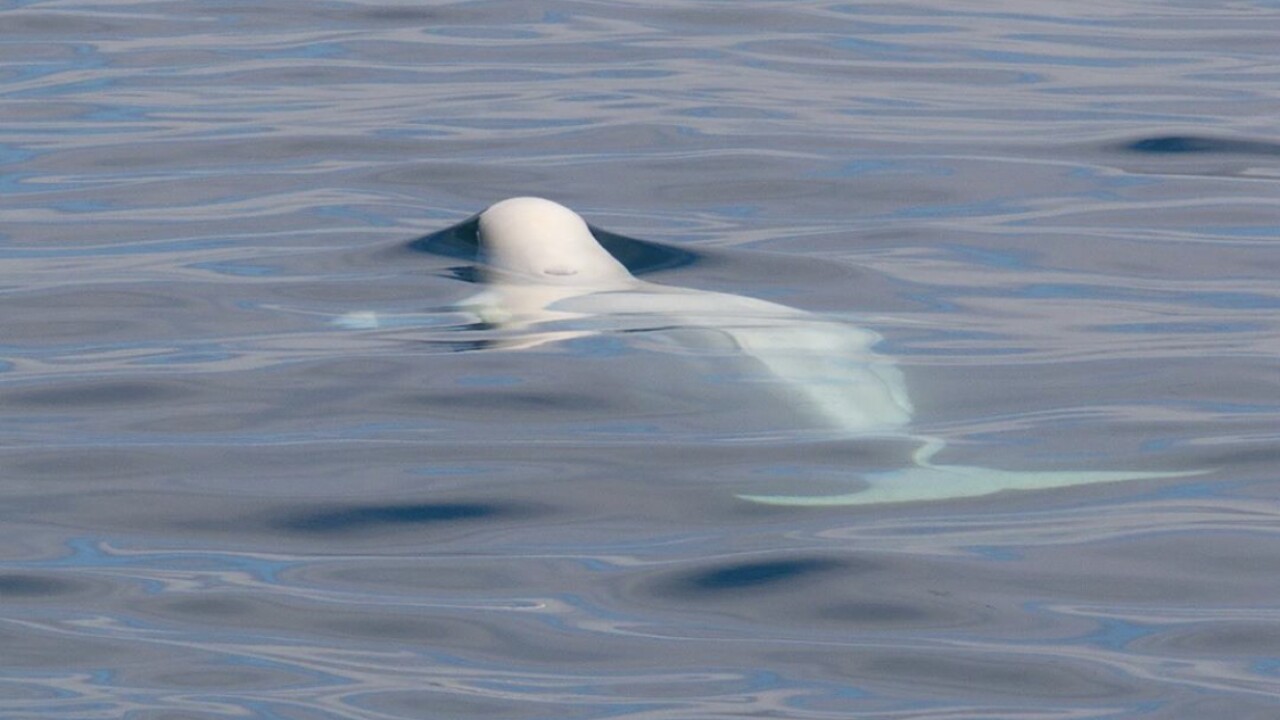 The rare sighting was captured about seven miles off the coast on Friday. Beluga whales are native to Arctic waters and while they do swim south during the summer months, San Diego is still considered a long way off for the animal.

"Imagine if you were going outside to take your dog for a walk and you saw a polar bear," Biagini said. "It doesn't make any sense at all. I saw it with my own eyes and I'm still not sure I believe it."

He said he was contacted by his colleagues Lisa LaPointe and Chris Faist, who first alerted him to the discovery. He told his passengers they were going to meet up to help investigate, not knowing what to expect.

But once they located the animal, "I knew immediately that it was a beluga whale, which is insane," Biagini said.

The whale is thousands of miles away from its typical habitat range. But it's unclear how it ended up this far south from the Arctic.

Biagini says it doesn't appear to have been in captivity because of its shyness to boats and yellow diatom patches that signal it lives in extremely cold waters.

He says the furthest south a beluga whale has traveled along the west coast is unofficially northern Washington state. According to the San Diego Surfriders, the last known official southernmost sighting was in 2018, when a wayward beluga whale was spotted in the United Kingdom's River Thames in 2018.

The National Oceanic and Atmospheric Administration is currently monitoring the whale's health and welfare as it's in the area. Biagini said it appeared the whale was in generally good health and has been eating. He adds that it appeared to be an older adult male by the curling of its pectoral fins.

"Pretty monumental moment not just for San Diego, but for whale watching in general," Biagini says.

Friday's discovery comes as Biagini says this summer is ripe for more rare viewing opportunities of blue whales off San Diego's coast. Thanks to an abundance of krill and pristine conditions, blue whales are already being spotted nearby.

Blue whale sightings usually come in spurts, according to Biagini, while grey whales are more reliable, making this season even more of a treat.

This article was written by Mark Saunders for KGTV.