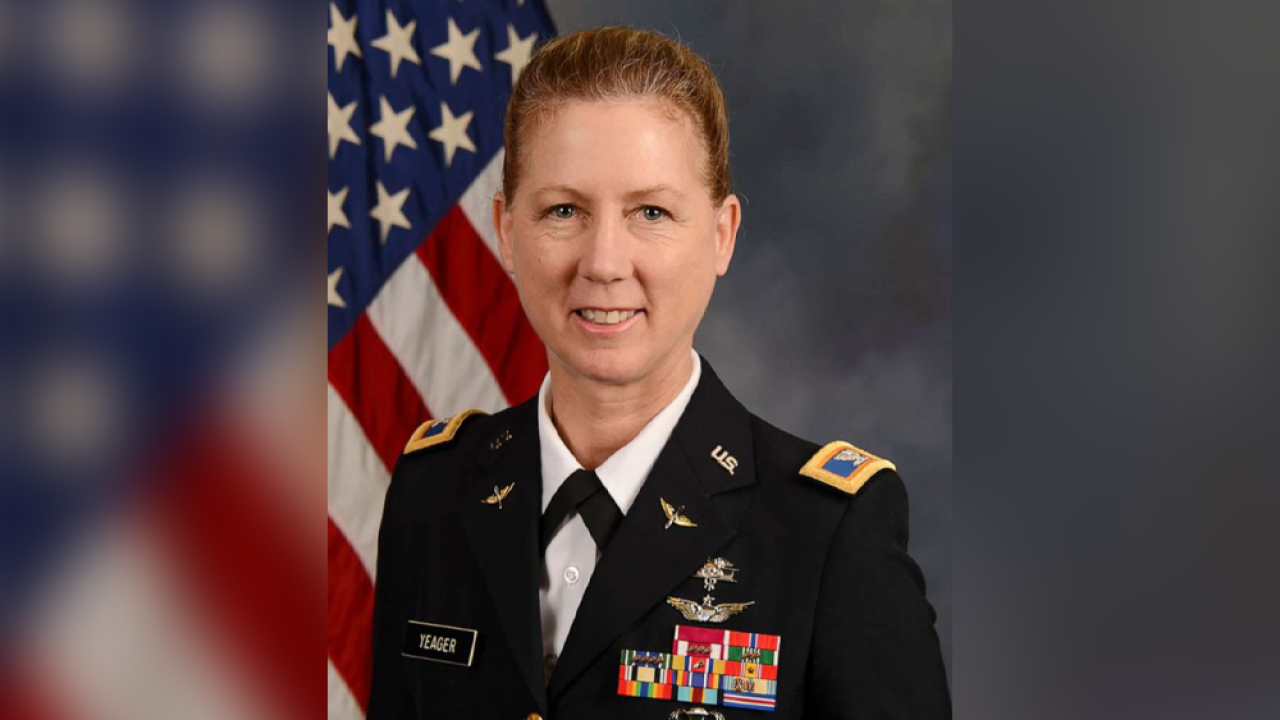 Brig. Gen. Laura Yeager will make history later this month when she becomes the first woman to command a U.S. Army Infantry Division.

Yeager, a former Black Hawk helicopter pilot who deployed to Iraq, will assume command of the California National Guard's 40th Infantry Division during a ceremony in Los Alamitos, California, on June 29, according to a news release from the California Guard.

Though Yeager left active duty service eight years later when her son was born, she continued her career in the California Army National Guard. In 2011, she deployed to Iraq as the deputy commander of the California Guard's 40th Combat Aviation Brigade.

Outside of her own career trajectory, Yeager is familiar with military leadership. Her father, Ret. Maj. Gen. Robert Brandt, was also a helicopter pilot who served two tours during the Vietnam War and became a top commander in the California National Guard. Brandt retired in 1999 after four decades of service.

"My father has been a tremendous role model to me, both as a parent and as an officer and I have benefited immensely from his mentorship," Yeager told the Defense Department's news service when she was promoted to brigadier general in 2016. "He always had high expectations for me but I was given a lot of independence to pursue my own path."

When Yeager became a general officer that year, she was only the fourth female general in California National Guard history.

"As a female, I have found the military to provide opportunities and benefits unmatched by any profession," she said then. "Clearly, females are in the minority within the military, yet in every assignment I have held, my mostly male peers, subordinates and superiors, have supported me, treated me with respect, coached, mentored and advised me. At the same time, I have been inspired by the incredibly strong and amazing women I have served with and for."

The 40th Infantry Division was formed in 1917 with its soldiers fighting in World War I, World War II, the Korean War, Kosovo, Afghanistan, Iraq, and other locations around the world. The division must recently returned from Afghanistan in March.