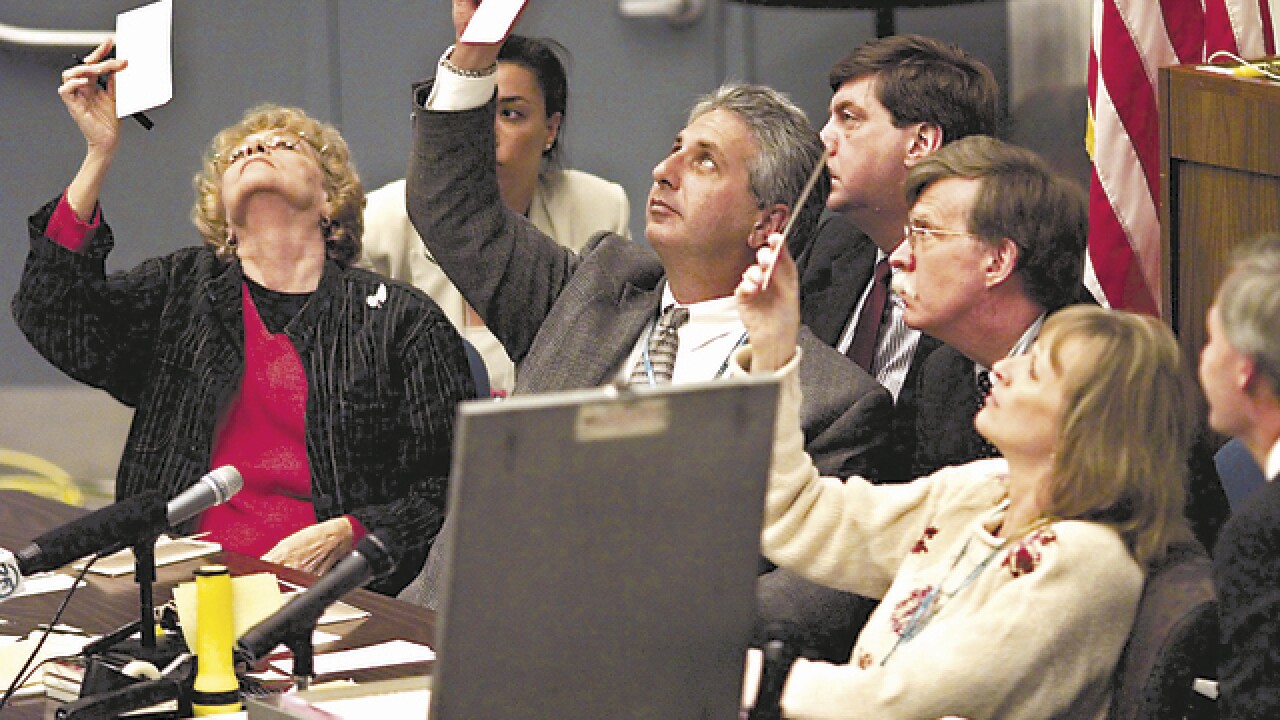 A federal judge in Florida has ruled that the state must give voters whose mismatched signatures disqualified their provisional and mail-in ballots until Saturday at 5 p.m. ET to correct those signature problems -- extending the deadline by two days.

The ruling by U.S. District Court Judge Mark Walker comes in a suit brought by U.S. Sen. Bill Nelson's campaign and Democratic Party officials, who are looking to the courts to help them find votes to narrow the margin in the race with Republican challenger Gov. Rick Scott.

The order affects approximately 5,000 voters who sent in ballots by mail or were forced to sign provisional ballots, but whose signatures did not match those on file with the state.

"There are dozens of reasons a signature mismatch may occur, even when the individual signing is in fact the voter. Disenfranchisement of approximately 5,000 voters based on signature mismatch is a substantial burden," Walker wrote in the order.

It is not yet clear exactly how this ruling impacts the timetable to meet Thursday's 3 p.m. recount deadline, or whether there are enough ballots in question to potentially change the outcome of race.

The ruling is narrower than the wider relief that Democrats were seeking -- to invalidate the signature-match requirement entirely. Florida law requires signatures on vote-by-mail and provisional ballots match the signatures on file for each voter. Attorneys for Nelson's re-election campaign argued that the signature-match rules violate the US Constitution and called for the judge to invalidate the law. Lawyers representing the state of Florida and the National Republican Senatorial Committee, along with others, argued that the law was valid and constitutional.

The number of ballots in question is less than the margin of votes separating the closest race undergoing a recount. Scott led Nelson in the unofficial, pre-recount tally by more than 12,500 votes.

The gubernatorial contest between Republican former Rep. Ron DeSantis and Democratic Tallahassee Mayor Andrew Gillum is also being recounted, but the margin is wider -- nearly 34,000 votes. Florida Democrats are aware that margin will probably not be overcome in a recount. Still, Gillum withdrew his election night concession over the weekend with a message that every vote should be counted.