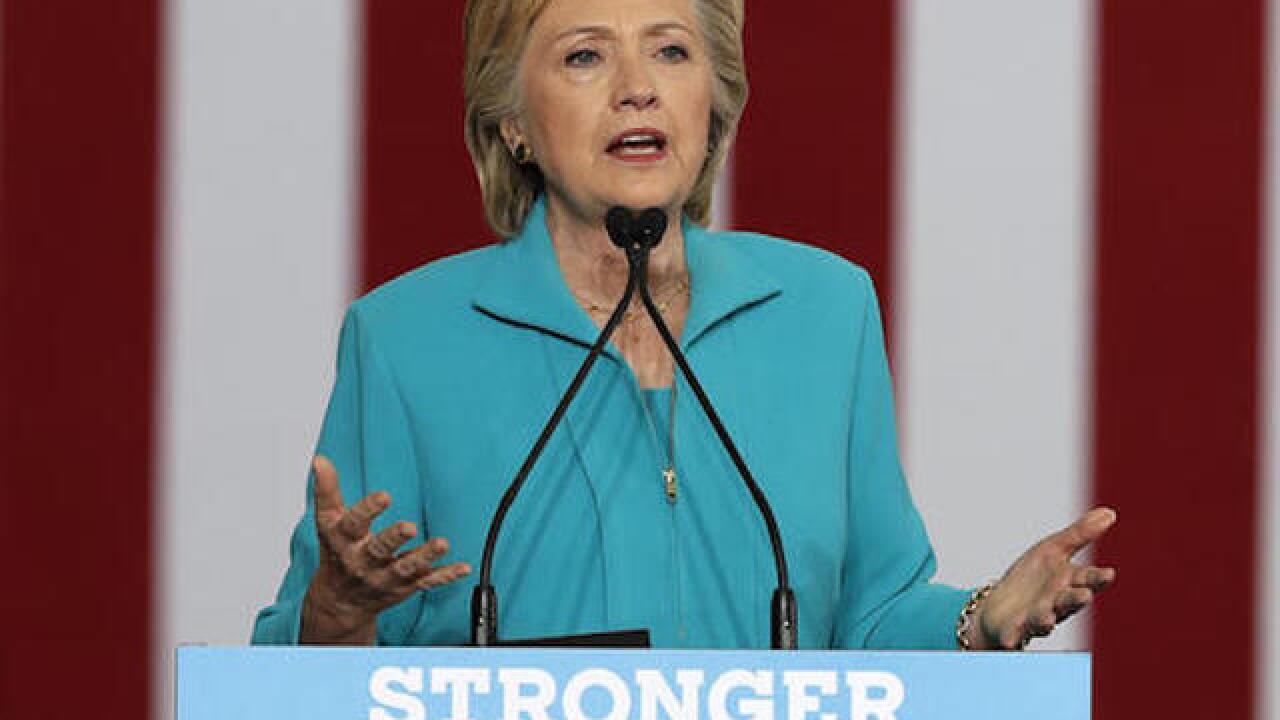 WASHINGTON (AP) — The FBI is expected to release documents soon related to its investigation into Hillary Clinton and her use of a private email server, a law enforcement official said Tuesday.

The official, who was not authorized to discuss the matter by name and spoke on condition of anonymity, said documents in the case would be made public as the FBI responds to Freedom of Information Act requests. It wasn't immediately clear when the documents would be released or exactly what they would include.

The FBI this month provided Congress portions of its file from the agency's yearlong investigation into whether then-Secretary of State Clinton and her top aides mishandled classified information that flowed through a private email server in the basement of her New York home.

Though he described Clinton's actions as "extremely careless," FBI Director James Comey said his agents found no evidence that anyone intended to break the law and said "no reasonable prosecutor" would have brought a criminal case.

The FBI interviewed Clinton for several hours at FBI headquarters in Washington just days before announcing its decision to close the investigation. The Justice Department accepted the FBI's recommendation.

CNN reported that the records could be made public as early as Wednesday.