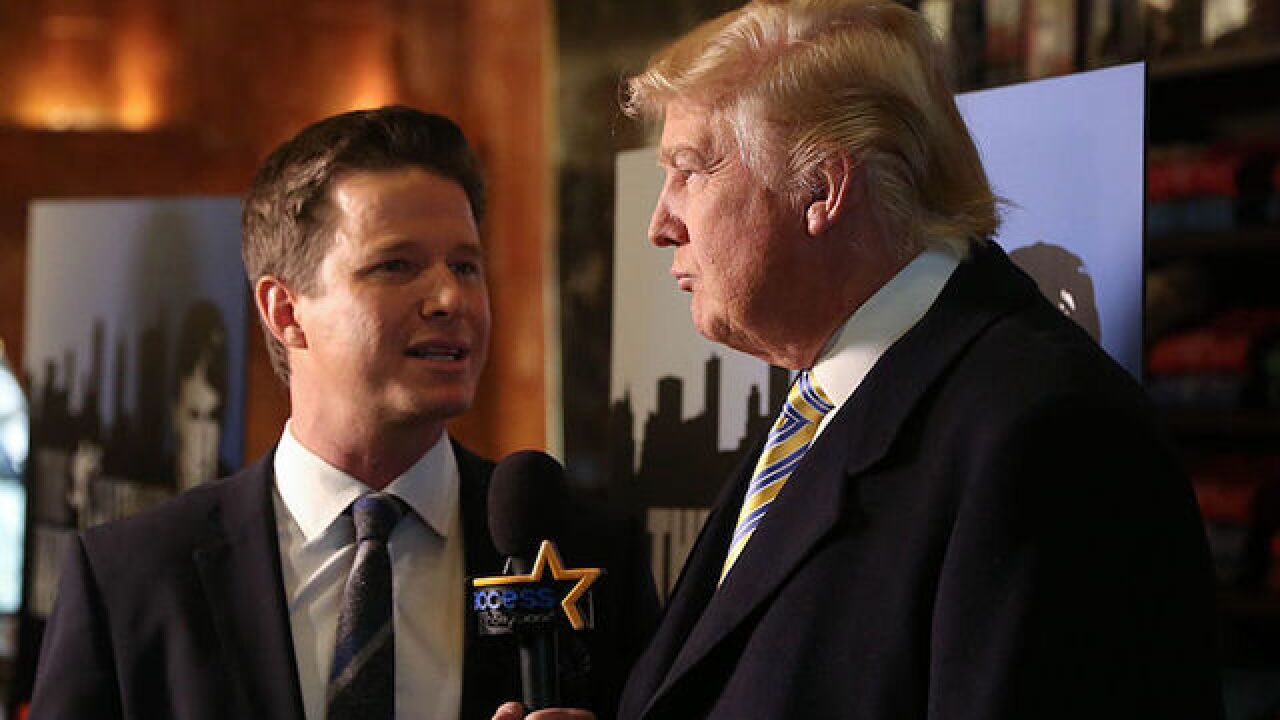 FBI agents who raided the home, office and hotel of Donald Trump's personal lawyer sought communications that Trump had with attorney Michael Cohen and others regarding the infamous "Access Hollywood" tape that captured Trump making lewd remarks about women, which surfaced a month before the election, according to sources familiar with the matter.

The warrant's specific reference to Trump is the first known direct mention of the President in a search warrant, and sources said it appeared in connection with "Access Hollywood."

One of the sources said the warrant also referenced an investigation into wire fraud and bank fraud. CNN previously reported FBI agents removed Cohen's computer, cellphone, business files and financial documents, according to the source.

The search warrant also sought communications between then-candidate Trump and his associates regarding efforts to prevent disclosure of the tape, according to one of the sources. In addition, investigators wanted records and communications concerning other potential negative information about the candidate that the campaign would have wanted to contain ahead of the election. The source said the warrant was not specific about what this additional information would be.

The warrant is the first indication that investigators suspect there was any effort to suppress the tape. It is not clear Cohen played any role in the Access Hollywood controversy.

Another source familiar with the matter confirmed to CNN that agents sought  information regarding the Access Hollywood tape , as  The New York Times  first reported.

An attorney for Cohen didn't respond immediately to request for comment. Cohen's attorney has said the search was carried out on behalf of the US attorney's office in Manhattan in part because of a referral from special counsel Robert Mueller.

Three sources with knowledge believe that the information sought was not just to target Cohen but was also clearly aimed at discovering what Trump knew, if anything, about these efforts and any potential involvement he may have had in keeping the information from going public.

Trump has denied relationships with both Daniels and McDougal.

A source with knowledge of the matter said NBCUniversal, which produces "Access," has not been contacted by Mueller's office or the Southern District of New York. There has been no subpoena, the source said.

The circumstances of the leaked Access Hollywood tape remain something of a mystery. NBC has long held that it was about to broadcast the tape when The Washington Post obtained and published it.