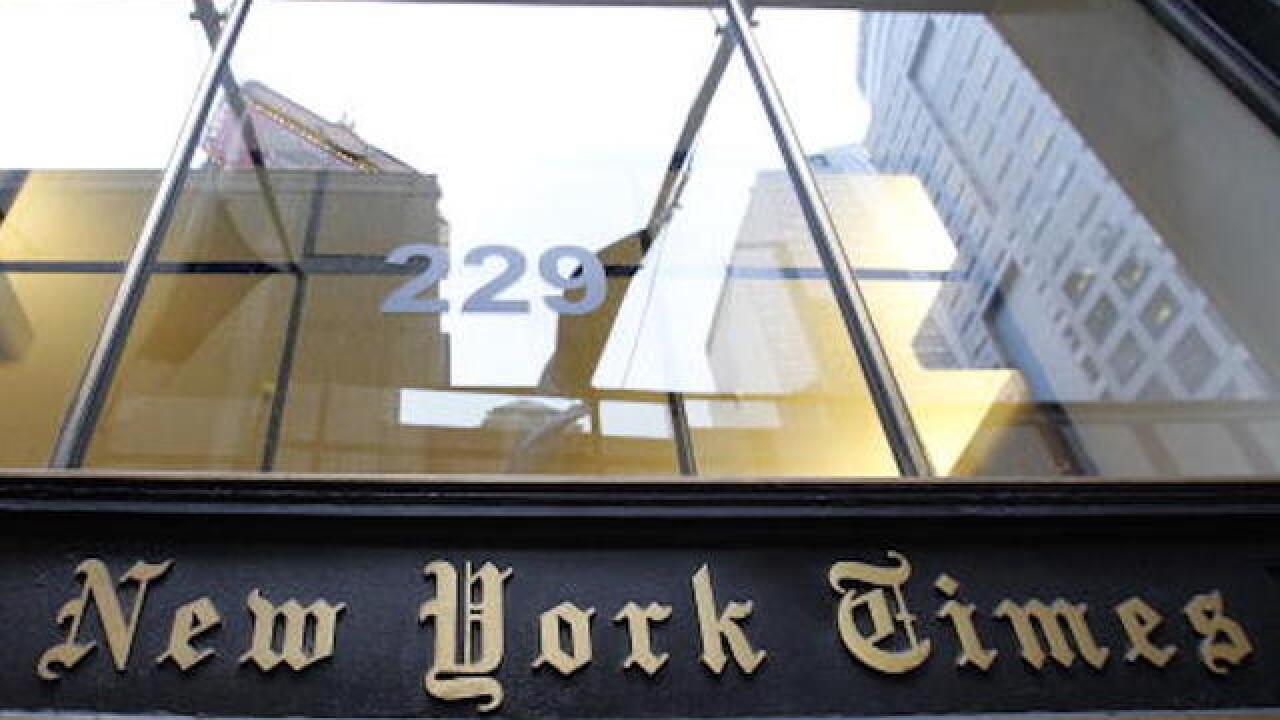 Stephen Chernin
<p>NEW YORK - NOVEMBER 29: The New York Times building is seen on November 29, 2006 in New York City. New York Times Co. shares showed the highest gains in five years after it was reported that former chairman of American International Group Inc. (AIG) Maurice Greenberg, is purchasing the stock in an attempt to gain control of the company. (Photo by Stephen Chernin/Getty Images)</p>

WASHINGTON (AP) — The FBI is investigating cyber intrusions targeting reporters of The New York Times and is looking into whether Russian intelligence agencies are responsible for the acts, a U.S. official said Tuesday.

The cyberattacks are believed to have targeted individual reporters, but investigators don't believe the newspaper's entire network was compromised, according to the official, who was briefed on the investigation but was not authorized to discuss the matter by name and spoke on condition of anonymity.

It was not immediately clear how many reporters may have been affected, or how many email accounts were targeted.

The news comes as federal authorities continue to investigate a breach of the Democratic National Committee that outside cybersecurity experts have attributed to Russian intelligence agencies and that led to the posting of embarrassing internal emails.

The Democratic Congressional Campaign Committee and other Democratic entities have also been affected. Earlier this month, House Minority Leader advised fellow Democrats not to allow family members to answer their phones or read incoming texts after a mix of personal and official information of Democratic members and hundreds of congressional staff — purportedly from a hack of the DCCC — was posted online.

"Like most news organizations we are vigilant about guarding against attempts to hack into our systems," she said in a statement. "There are a variety of approaches we take up to and including working with outside investigators and law enforcement. We won't comment on any specific attempts to gain unauthorized access to The Times."