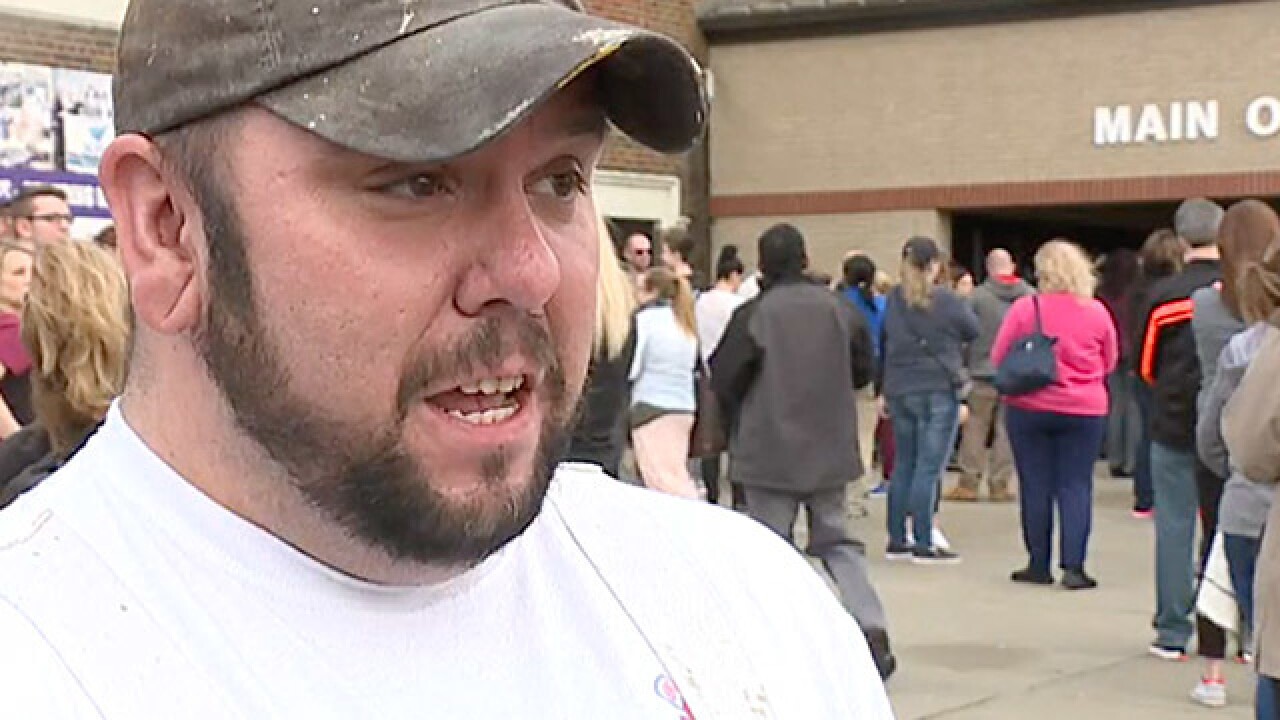 Parents in Jackson Township, Ohio were on edge Tuesday morning after authorities said a 7th-grader shot himself inside the boy's bathroom.

The mass shooting at a Florida high school last week rocked the nation, putting parents and school officials on high-alert— and the incident at Jackson Memorial Middle School was no different.

One father whose child goes to the school said he put a piece of armor in his 8th-grade son's backpack over the weekend.

One dad tells me he put a piece of body armor in his 8th grade son’s backpack over the weekend. @wews

That father, Don Casey, said a friend who is in support of gun control posted something on Facebook about a man who put regular textbooks in a bag and shot it with a .45, a 9 mm and an assault rifle.

"The handguns didn't go through the first two textbooks. They barely made it through one. I had repainted the shotstop so they gave us this body armor and I put that in my son's book bag."

Shotstop is ballistic protective armor gear that is typically used by police and SWAT.

Some may wonder why he put armor in his son's book bag, but to him it's obvious.

"You can't be too cautious. It's a sick world we live in," he said.