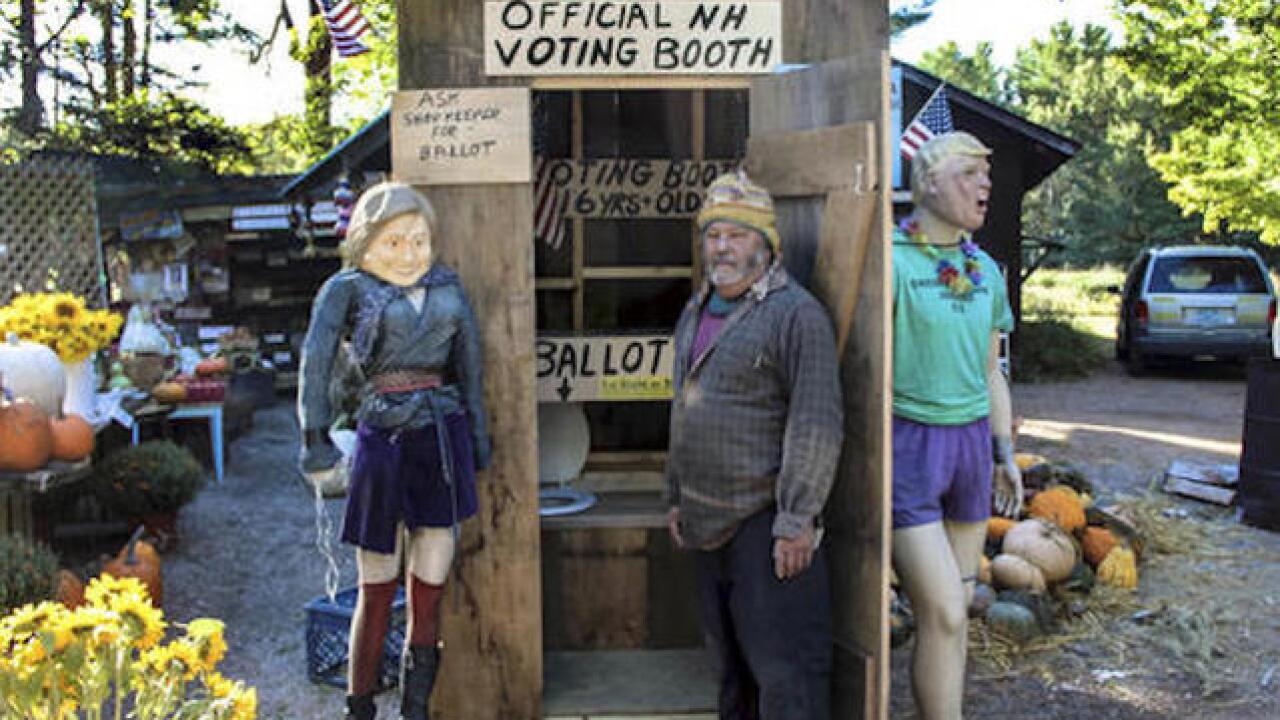 ASHLAND, N.H. (AP) — A New Hampshire farm stand is letting customers put their votes for president where he thinks they belong: right in the toilet.

Owens Truck Farm is home to an outhouse-turned-fake-voting booth with mannequins of presidential nominees Hillary Clinton and Donald Trump, and toilets to cast ballots.

Farm stand owner Chris Owens tells New Hampshire Public Radio (http://bit.ly/2dAHDhW) that customers have been stopping by for photos and to vote at the Ashland farm.

Above the Trump mannequin is a sign that reads, "If I am elected, we will build a wall between Plymouth and Rumney, and Rumney will pay for it," referring to two nearby towns.

Owens plans to tally the just-for-fun votes next month.