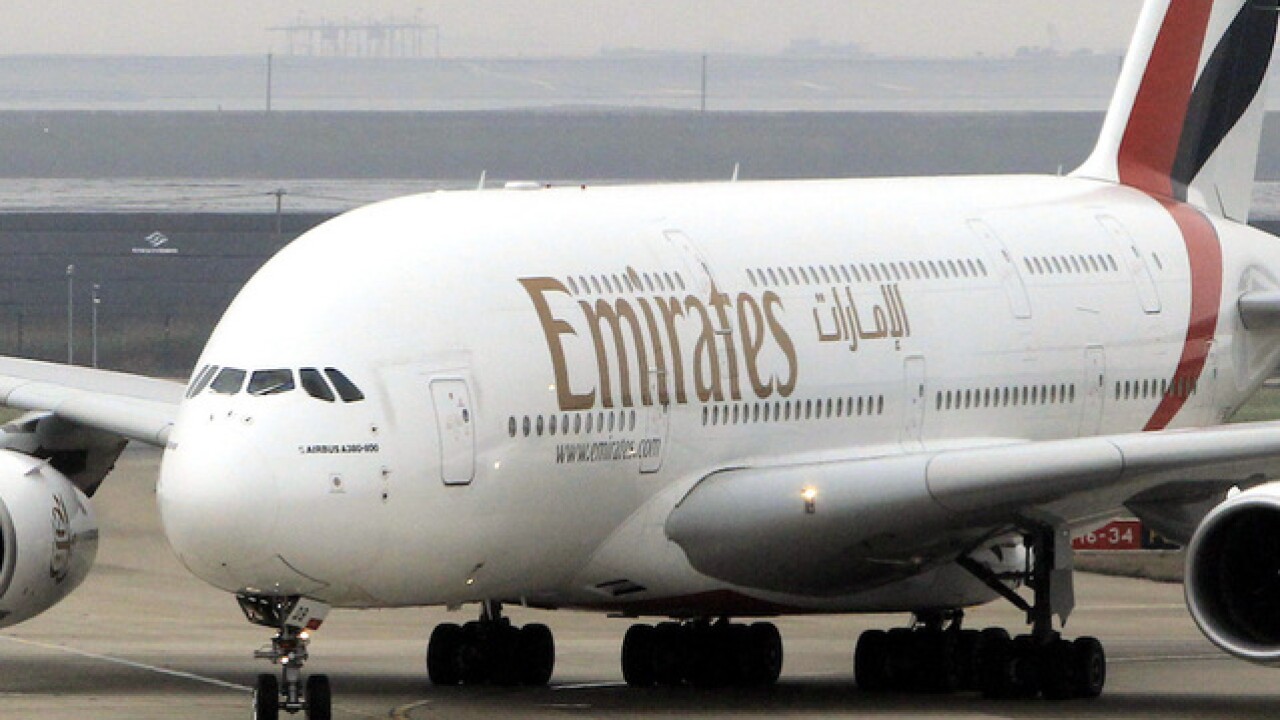 Emirates Flight 203, which originated in Dubai, was carrying about 500 passengers and landed around 9:06 a.m. ET, a source said.

"I asked the (flight attendant) for a mask before we even took off, but there was none available," passenger Erin Sykes said from the plane. "It was so obvious that a large number of people were ill well before take-off."

The flight was a smooth one, Sykes said, so she didn't believe the ailments were related to turbulence or air sickness.

"People were coughing the whole time. Now some people have fevers over 100," she said. "They should never had been allowed to board."

Statement: Emirates can confirm that about 10 passengers on #EK203 from Dubai to New York were taken ill. On arrival, as a precaution, they were attended to by local health authorities. All others will disembark shortly. The safety & care of our customers is our first priority.

While a source with the Port Authority of New York and New Jersey said as many as 100 passengers reported feeling ill, the airline said only about 10 passengers had "taken ill."

"As a precaution, they were immediately checked by local health authorities and those needing medical attention will be attended to," Emirates said in a statement. "All other passengers will be disembarking shortly."

Port authority spokesman Scott Ladd referred questions to the state Department of Health, but he did confirm health officials were on the scene. Health department officials could not immediately be reached for comment.

The plane was taken to a "hard standing area," where paramedics and officials from the Centers for Disease Control and Prevention were responding to the scene, the source said.

The CDC said it was aware passengers "are reporting an unspecified illness" aboard an Emirates flight and health officials are working with local authorities to investigate the cause.