Dog elected to third term as mayor of Minnesota town 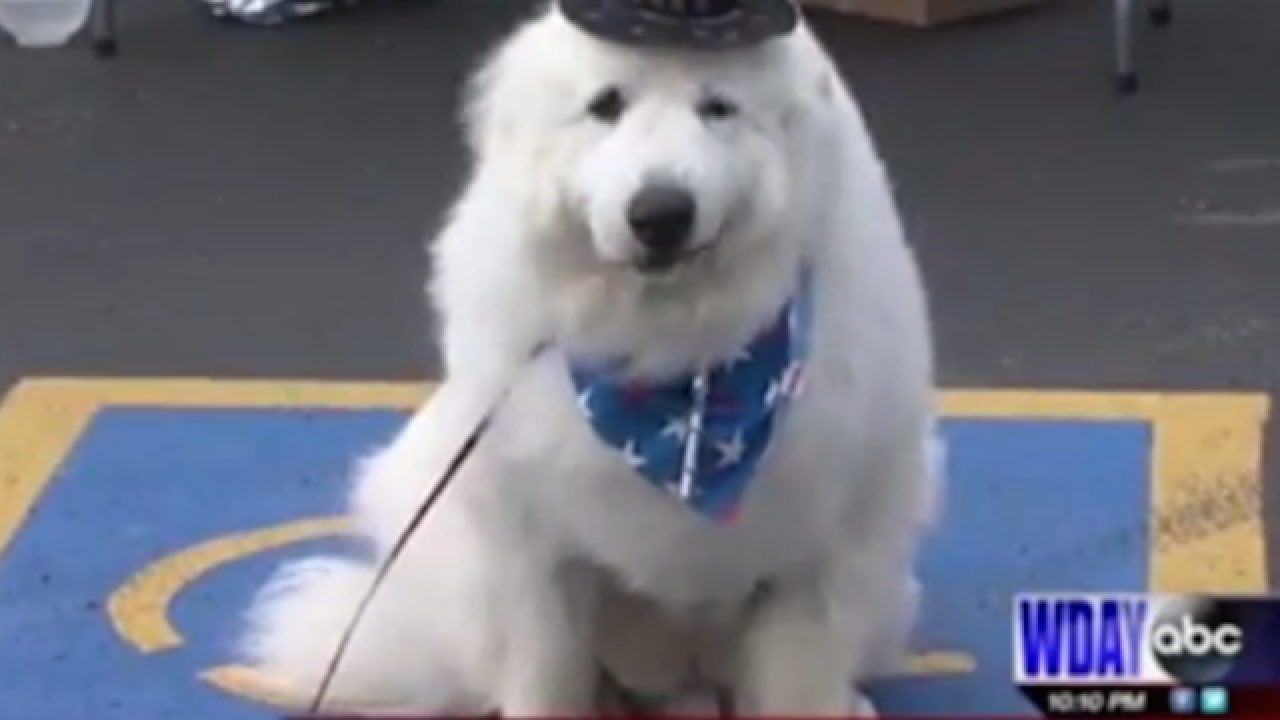 While the 2016 general election is turning into a dogfight, the mayoral race in Cormorant, Minnesota has gone to the dogs — literally.

Duke, a 9-year-old Great Pyrenees, was recently re-elected to his third term as mayor at the 6th Annual Cormorant Daze festival on Saturday, according to WDAZ-TV.

Duke was originally elected as the town’s mayor by accident in 2014, when he received the most write-in votes of the 12 submitted during the election.

However, since his shocking win, Duke’s approval ratings have been sky-high.

"I don't know who would run against him," Karen Nelson told WDAZ-TV. "He's done such great things for the community."

While Duke won in a landslide, he wasn’t running unopposed. One vote went to his First Lady, Lassie.

Not much is known about Duke’s policy, but one thing is for sure — he probably won’t have any cats on his staff.