Doctors kept telling her she wasn't at risk for breast cancer. But genetics counseling revealed a different diagnosis 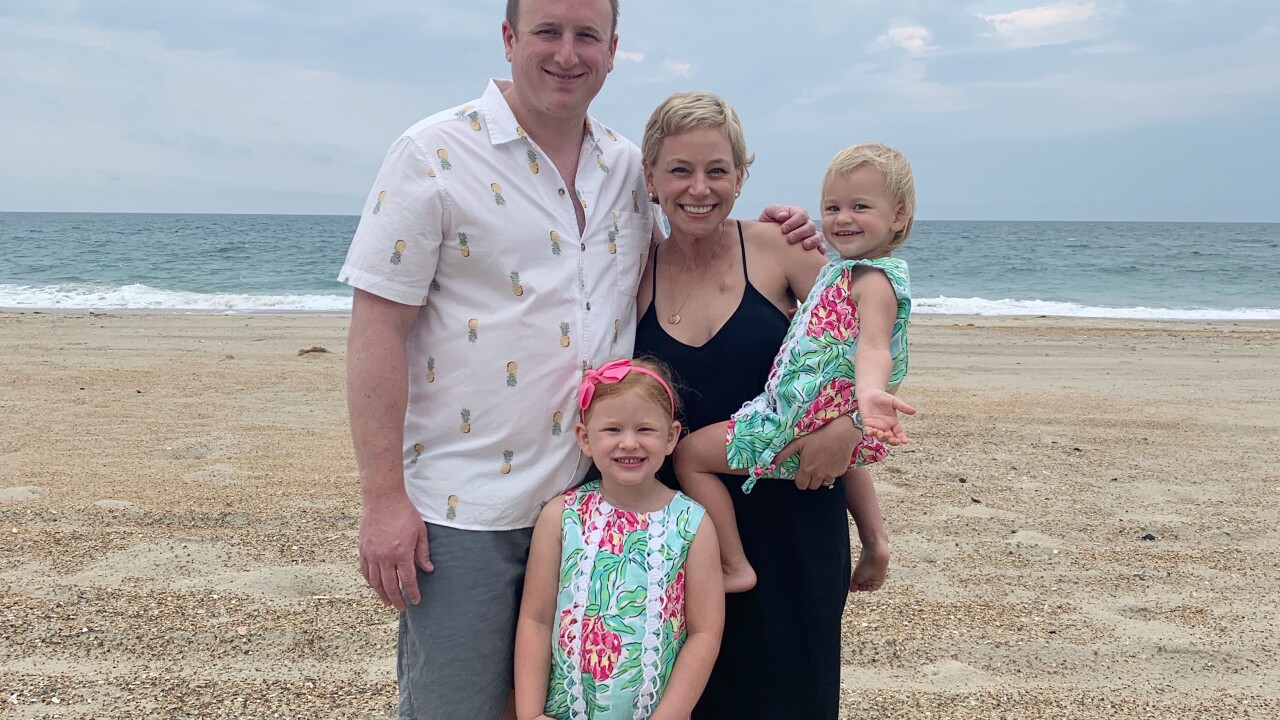 Her diagnosis was unexpected.

She had some history of breast cancer, with both her grandmothers and her own mother being treated for forms of breast cancer, but doctor after doctor throughout Wirth’s life had assured her she was not at risk due to the age at which they had been diagnosed.

“About a month earlier I had felt a lump on my right breast, but I had also recently finished breast feeding, and I assumed the lump was a clogged milk duct,” Wirth said. “When it didn't go away, I saw my OB and had an ultrasound which led to a series of tests.”

Following her diagnosis, Wirth met with Emily Kuchinsky, a certified genetic counselor for the MedStar Health Cancer Network. Kuchinsky is not only a genetic counselor but also the coordinator of the cancer risk assessment and counseling program.

When people meet with Kuchinsky, she first assesses the likelihood a genetic mutation could be the cause of their cancer or the family's cancer history.

“I look for certain red flags in the family history, like being diagnosed with cancer at a young age,” Kuchinsky said. “Having multiple generations of the family with the same or similar types of cancers.”

After she assesses their family history, she discusses the odds that something genetic could be going on, and then if they qualify for genetic testing, Kuchinsky walks them through the process of the testing.

“What that entails, the benefits of knowing for them, we might add in extra cancer screenings for them moving forward, the benefit of knowing for their family if they have the mutation, other family members may have it,” Kuchinsky explained. “So walking them through what that means for their sons or daughters, and how it could affect their personal cancer screening and management.”

If they qualify for the testing and want to move forward, Kuchinsky said the next step is to discuss logistics, make sure it’s covered by their insurance and then they are usually able to draw blood the same day and send it off to the testing lab.

She explained that results usually take about three to four weeks and patients can either receive their results over the phone or in person.

“If they’re positive for a mutation, we talk about what that means for them, as far as how it’ll impact them and their family,” Kuchinsky said.

When Wirth was diagnosed, she met with Kuchinsky to review the different levels of genetic testing that she could have done.

“I decided to test for everything that was offered despite some mutations having less developed research, and thus potentially less conclusive results if identified,” Wirth said.

Her test results had indicated that she had a cancer gene mutation called CHEK2. At the time, Wirth did not know much about this mutation, as the majority of awareness had been around the BRCA gene mutations.

After discussing the implications with her existing treatment plan, Kuchinsky made recommendations for future screenings.

Kuchinsky says BRCA is the most common gene inherited breast cancer, but that CHEK2 is one that they’ve recently started testing, and they are getting a lot of positives there as well.

She says that for CHEK2, it’s a more moderate risk gene mutation for breast cancer, so they don't think the risk is as high, compared to BRCA, but it’s still increased.

“For those patients, we recommend an annual breast MRI, we start it, basically, based on when the earliest breast cancer was in the family,” Kuchinsky explained. “So if their mom was diagnosed at 40, we do the 10-year rule and start at 30.”

For the BRCA mutation, those patients have a very high risk for breast cancer, so they start breast MRIs at age 25 and repeat them annually, and at age 30 you do both MRI and mammogram.

“You try to space those out apart, so about six months, you'll be having one or the other,” Kuchinsky said. “Then some women will elect to have their breasts removed because it’s such a high risk and then we also worry about ovarian cancer for those patients too.”

Sometimes, the gene mutation can be new, with it showing up as the patient being the first in the family to have it, but Kuchinsky said more often than not, one of the parents will have it.

“Odds are you’re going to get it from your mom or your dad,” Kuchinsky explained. “So we always talk about that, you know if you could come back positive then we may be going around the roundabout of how to tell that one of your parents is positive, so we talk about that and make sure that they understand that.”

Wirth has two young daughters, so she says she is thankful the gene mutation was discovered and testing is available.

“With this information I can proactively make more informed decisions about preventative health going forward in my and their lives,” Wirth said.

She said that staying positive was extremely helpful to her healing.

“Thankfully, I was surrounded by an incredibly supportive family and amazing friends,” Wirth said. “Their positivity and strength made a huge impact on my recovery from the treatments.”

Wirth is now coming up on one year in remission and says her energy has returned and she is able to enjoy what life has to offer with her husband and two girls.

The message she wants to send to the community?

“It is always better to know than not know about potential future health risks,” Wirth said. “If you have any type of family history, it is a great idea to meet with a genetic counselor.”

Because Wirth knows that she has the CHEK2 gene mutation, she is able to make informed decisions about her preventative health and is aware of certain health screenings that can be life saving in the future.

This story was originally published by Kelly Broderick on WMAR.