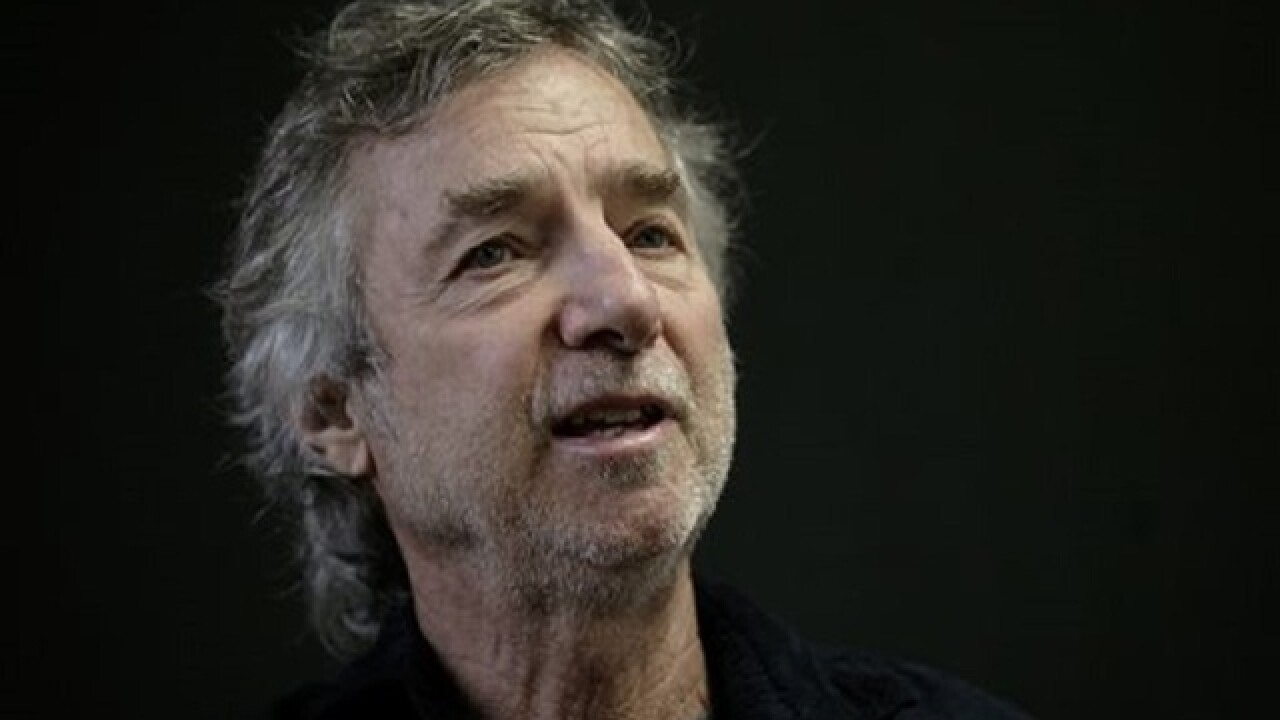 Carlos Jasso
<p>FILE - In this Dec. 1, 2009 file photo, U.S. filmmaker Curtis Hanson, speaks during an interview at the International Book Fair in Guadalajara, Mexico. Hanson, who won an Oscar for the screenplay for �L.A. Confidential� and directed Eminem in the movie �8 Mile,� has died. Los Angeles police say paramedics called to Hanson�s Hollywood Hills home found him dead Tuesday, Sept. 20, 2016. He was 71. (AP Photo/Carlos Jasso, File)</p>

By: Associated Press
Posted at 3:38 AM, Sep 21, 2016
LOS ANGELES (AP) — Curtis Hanson, who won a screenwriting Oscar for "L.A. Confidential" and directed the psychological thriller "The Hand That Rocks the Cradle" and Eminem's tale of Detroit hip-hop "8 Mile," has died. He was 71.
Paramedics declared Hanson dead at his Hollywood Hills home late Tuesday afternoon, Los Angeles police spokesman Tony Im said. Hanson died of natural causes, Im said, but he did not have further details.
Eminem was among many who worked with Hanson paying tribute to him after his death.
"Curtis Hanson believed in me and our crazy idea to make a rap battle movie set in Detroit," Eminem said in a statement. "He basically made me into an actor for '8 Mile.' I'm lucky I got to know him."
A native of Reno, Nevada, who grew up in Los Angeles, Hanson dropped out of high school to work as a photographer, writer and editor for the magazine Cinema.
"It was, in a sense, my film school," Hanson said in a 2002 interview with the Guardian.
He began screenwriting and directing in the early 1970s, but didn't see serious success until directing 1992's "The Hand That Rocks the Cradle." The film starring Rebecca De Mornay as a revenge-seeking nanny became a major hit.
Hanson went on to direct 1994's "The River Wild" with Meryl Streep and Kevin Bacon.
"Great director. Great man," Bacon wrote on Twitter Tuesday night. "Riding that river with him was one of the greatest gigs of my life."
He also was in the director's chair for "Wonder Boys" the 2000 film starring Tobey Maguire and Michael Douglas that is considered his best work by many fans and critics.
Maguire said through his publicist that Hanson "was a generous and talented man. I'm grateful to have known and worked with him."
Hanson's breakthrough as an acclaimed filmmaker came with 1997's "L.A. Confidential," which he co-wrote and directed.
Hanson was lauded for taking James Ellroy's massive novel "L.A. Confidential" about cops, criminals and tabloid rags in 1950s Los Angeles and streamlining it into a riveting thriller without losing its nuance.
"All the characters and motivations are complex in Curtis Hanson's intense, visceral noir," Associated Press film critic Christy Lemire wrote of the film.
Hanson and co-writer Brian Helgeland won the Academy Award for best adapted screenplay. Hanson was nominated for best director and the movie for best picture.
"L.A. Confidential" introduced Russell Crowe to American audiences and was a career high point for many of those involved, including Kim Basinger, who also won an Oscar.
Crowe addressed Hanson directly on Twitter Tuesday night, saying "Thank you for believing in me.... In reality you made my job a career."
"We had an extraordinary ensemble of actors in 'L.A. Confidential' who took our lines, gave them emotion, humor, life," Hanson said in his Oscar acceptance speech.
Hanson explored a different sort of darkness in "8 Mile," the film starring Eminem that explored the gritty streets and trailer parks of Detroit and closely mirrored the rapper's own younger life.
Hanson chose to shoot the movie in the actual burned-out homes and vacant storefronts of the real city.
"Everything about the story felt better to tell it here in Detroit," Hanson told the AP in 2002.
Hanson said he had only a passing knowledge of hip-hop when he entered the project, and that he and Eminem "had to convince each other" they could both handle the movie as each envisioned it.
"While I was checking him out, he was certainly checking me out," Hanson said in the Guardian interview. "We spent a lot of time together and we then made a somewhat educated leap of faith."
Hanson most recently directed the 2011 HBO movie on the financial crisis "Too Big To Fail" and the 2012 Gerard Butler surfing movie "Chasing Mavericks."
Copyright 2016 The Associated Press. All rights reserved. This material may not be published, broadcast, rewritten or redistributed.