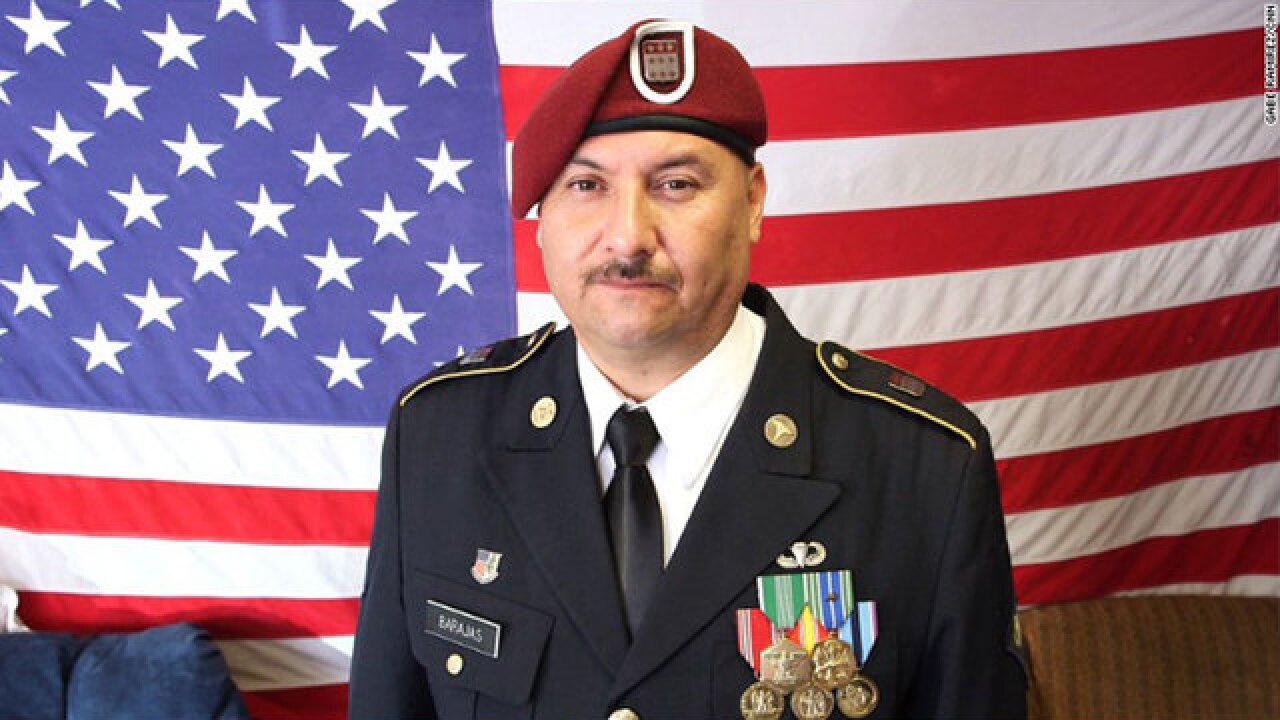 (CNN) For 14 years, Hector Barajas never abandoned his dream of coming back to the United States. Soon, he will return home to his family.

The deported veteran will become a US citizen in April, nearly a year after California Gov. Jerry Brown granted him a full pardon for a crime he committed before being deported to Mexico.

Barajas burst into tears Thursday as he read a letter telling him that he needs to attend a naturalization ceremony in San Diego.

"Fourteen years, man," he said sobbing. "Oh my God, this is great."

This moment! The time you get to tell a #deportedvet that he gets to come home to the nation he was willing to give his life defending!! Hector Barajas has been granted his citizenship!!! Thank you @JerryBrownGov, @ACLU_SoCal and entire @deported_vets coalition! A great day! pic.twitter.com/Wb2XdYcQdH

He had been unsure of his future before he was granted the governor's pardon but still decided to apply for citizenship. He passed the English and civic portions of his naturalization requirements in 2016, CNN affiliate KGTV reported.

Life after the military

Barajas, was brought to the United States from Mexico by his parents when he was seven years old in 1984. He grew up in Compton, California, and like many kids, he dreamed of becoming a soldier.

He held a green card when he proudly served in the 82nd Airborne Division from 1995 until he was honorably discharged 2001. But he lost it when he struggled to adjust to civilian life.

An arrest after shooting a gun from his vehicle led him to a guilty plea for illegal discharge of a firearm and two years in prison.

He was deported to Mexico and left his daughter behind.

As soon as allowed to travel to Los Angeles, Barajas is planning to surprise his daughter at school, he told CNN affiliate KFMB.

Barajas quickly became a leader among those barred from the country they were willing to die for.
In 2013, he turned a two-story apartment in Tijuana, Mexico, into a safe house called Deported Veterans Support House or "The Bunker."

As he worked to figure out a way to return to the US legally, he didn't hesitate to help others. He spent days and nights inside the apartment covered in military posters and hung US flags, helping fellow deported veterans look for work and get cleaned up.

Moments after reading his letter, Barajas addressed other veterans.

"I'm not stopping for any of you guys," he told them.