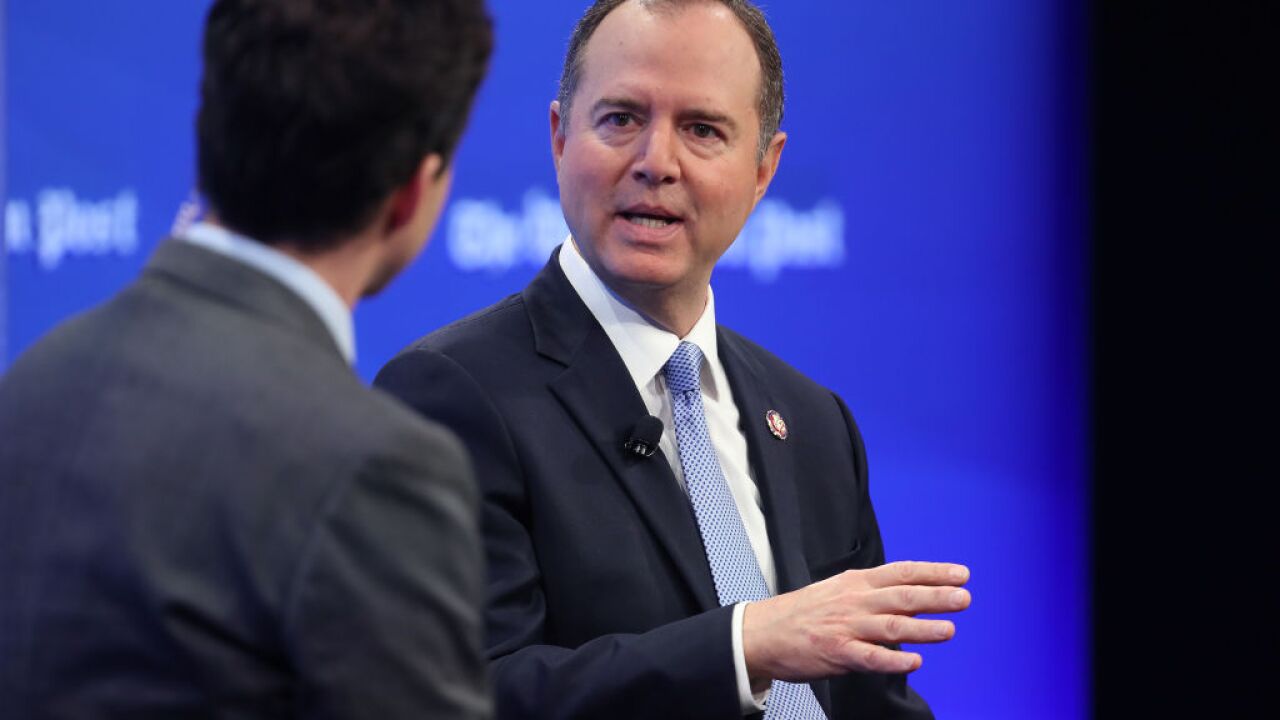 House Democrats are increasingly focusing on multiple articles of impeachment against President Donald Trump over the Ukraine scandal -- as some lawmakers push to go even further and include what many in the party see as clear criminality detailed in former special counsel Robert Mueller's report .

In private, Democrats are debating how broadly to draft the articles of impeachment against Trump, especially given what many in the House view as clear misconduct detailed in the Mueller report and violations of the Constitution's emoluments clause by allegedly enriching himself while in office.

But adding more allegations to the impeachment effort could divert the focus from the two-month-old investigation into Ukraine, which some Democrats argue is a clearer case of abuse of power: the President using his office to push a foreign country to announce investigations that could bolster his reelection chances in 2020.

"We could have pages and pages and pages of articles of impeachment," said Rep. Veronica Escobar of Texas, a member of the Democratic leadership team who sits on the House Judiciary Committee. "What we have seen over the last three years is, I think, unprecedented. I absolutely believe in being as focused as possible as well. I think the broader we go -- that may pose challenges for the American people."

The party is zeroing in on multiple articles of impeachment, including charges of abuse of power, bribery and obstruction of Congress for defying subpoenas. It is also weighing whether to add multiple instances of obstruction of justice that Mueller found as a separate article, including allegations Trump lied in his written responses to the special counsel. But House Speaker Nancy Pelosi has yet to embrace including the Mueller findings in the impeachment inquiry.

Trump has maintained that he did nothing wrong concerning both the Mueller report allegations and in the incidents investigated in the impeachment inquiry.

Many Democrats warn that leaving Trump's alleged misdeeds from the Mueller report out of the impeachment proceedings would in effect excuse the conduct documented by the former special counsel.

"It is important to include the Mueller obstruction evidence to uphold the principles of separation of powers," said Rep. Ro Khanna, a California Democrat who sits on the House Oversight Committee. "What we are doing is not just for today, but for safeguarding American constitutional democracy for generations to come."

Rep. Jamie Raskin, a Maryland Democrat who sits on the House Judiciary Committee, said Monday that Mueller's findings are "definitely something we need to consider because we've seen a pattern of obstruction of justice from the beginning." Raskin added: "I would be inclined to look at the whole pattern of obstructionism by the White House, and then figure out how it best coheres with the articles of impeachment that are being suggested."

As lawmakers are back in their home districts for the Thanksgiving recess, the House Intelligence Committee is quietly drafting a report detailing its findings of the investigation into Trump's handling of Ukraine. The report is expected to outline the Democrats' conclusions detailing what it uncovered in depositions and public hearings with 17 witnesses, who described a broad campaign outside of normal government channels to oust the US ambassador to Ukraine and then push Kiev to investigate Trump's political rivals while a White House meeting and US security aid were withheld.

In a letter to his colleagues Monday , House Intelligence Chairman Adam Schiff said that his committee would complete its report and transmit it to the Judiciary Committee "soon after Congress returns from the Thanksgiving recess." In addition to what the California Democrat described as a "months-long effort in which President Trump again sought foreign interference in our elections for his personal and political benefit," Schiff said that the report to Judiciary would also document the cases where the Trump administration defied House subpoenas.

"We will catalog the instances of non-compliance with lawful subpoenas as part of our report to the Judiciary Committee, which will allow that Committee to consider whether an article of impeachment based on obstruction of Congress is warranted along with an article or articles based on this underlying conduct or other presidential misconduct," Schiff wrote. "Such obstruction was the basis of the third article of impeachment against President Richard Nixon."

Democrats believe the evidence that Trump abused his office in his dealings with Ukraine is overwhelming and that public sentiment will inch up toward impeachment if the message continues to be focused, with some worried that adding the Mueller report to the mix could upend the narrow impeachment inquiry. Moreover, many moderate House Democrats resisted impeachment until Pelosi announced the inquiry would be focused on allegations involving Ukraine.

Speaking to reporters earlier this month, Pelosi made clear her belief that the allegations in the Ukraine case were far clearer than those in the Mueller report.

"Did the President lie? Was the President not truthful in his responses to the Mueller investigation?" House general counsel Doug Letter asked in a US appellate court, arguing that the House should be provided Mueller's grand jury material.

Schiff, who has led the House's impeachment inquiry, left open the possibility that obstruction of justice could be included in articles of impeachment -- but he declined to specify his preference.

"Within our committee, what we're focused on is obviously the constellation of issues around Ukraine, as well as the blanket obstruction of Congress vis-a-vis the Ukraine investigation," Schiff said to CNN's Jake Tapper on "State of the Union" Sunday . "Now, there's been more obstruction of Congress that goes beyond Ukraine. There's also the obstruction of justice that Mueller wrote about so extensively. And there are other violations of the Constitution that we will need to consider. I'm not at this point, Jake, prepared to say what I will recommend."