What to look for during Tuesday's vice presidential debate 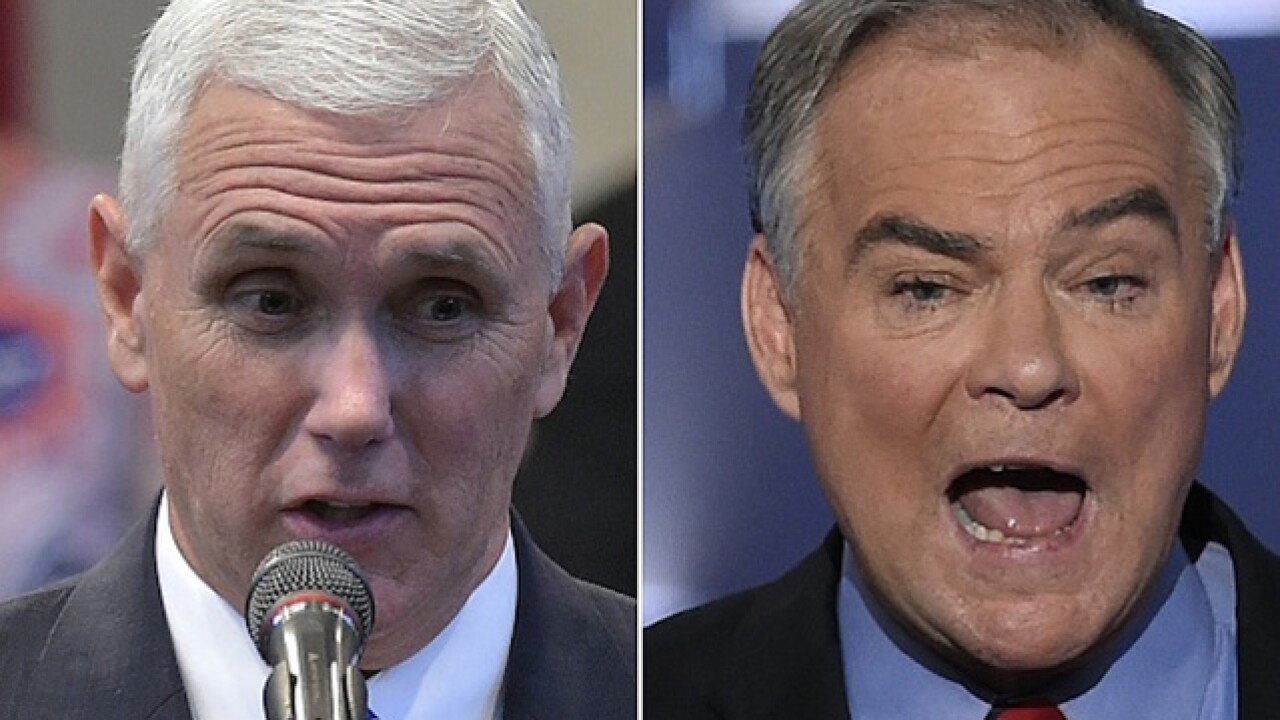 Tuesday marks the second of four presidential debates, and the only one featuring the vice presidential candidates.

The debate is scheduled to begin at 9 p.m. Eastern, and will last 90 minutes.

Here is what you need to know about Tuesday’s showdown.

Republican Vice Presidential nominee Mike Pence and Democratic Party candidate Tim Kaine were the only two candidates invited to Tuesday’s debate based on polling. In order to be invited, a candidate’s ticket must poll at 15 percent or above in a series of national polls.

Pence has been the governor of Indiana since 2013. Before that, he served in the US House of Representatives for 12 years.

Elaine Quijano from CBS News will moderate Tuesday’s debate. Quijano is an anchor on the digital CBS News Network, available on platforms such as Roku and Apple TV. Quijano is the first representative from a digital TV network to moderate a presidential debate.

Before joining CBS, she was a reporter for CNN, and covered major breaking news events such as the Space Shuttle Columbia disaster and the Beltway sniper attacks.

The vice presidential will feature a format similar to last week’s presidential debate. Instead of six, 15-minute segments, Quijano will break the debate into nine, 10-minute segments. Quijano will ask a candidate a question that they have two minutes to answer, and the other candidate will then have two minutes to respond. The balance of the time will be used for a deeper discussion on the topic.

Why have a vice presidential debate?

Vice presidential debates have generally served as an opportunity for candidates to show they are prepared to become president. Nine vice presidents have ascended to the presidency due to death or resignation.

Also, vice presidential candidates generally do not have the name recognition that their running mates have.

With the possibility that one of the two men could become president in the next four years, the debate could serve as a presidential litmus test.

Are you ready to be commander-in-chief? Now that Trump has turned 70, and Clinton is about to turn 70, this year’s campaign has been between the two of the oldest nominees on record. With health and age being of particular concern in this year’s campaign, and terrorism being one of the top campaign issues, expect questions to be pointed toward military policy and judgment.

It would not be surprising if at some point, Quijano begins a discussion on Indiana’s Religious Freedom Restoration Act, which Pence signed into law in 2014. The bill was quickly condemned by gay rights groups.

While Trump’s policy is to not grant amnesty to undocumented immigrants, Pence has not been as clear on his stance. As governor, he has supported measures giving legal status to some children who are undocumented immigrants. He has also been supportive of a guest worker program. However, Pence has not been clear on whether he fully supports Trump’s stance on deportation.

Although it has been a hot-button issue in recent years, gun control was not brought up at the first presidential debate. The issue of gun control took on a new relevance following the Pulse Nightclub massacre in June, which marked one of the deadliest mass shootings in American history.

Even though Kaine is a self-proclaimed gun owner, he has received an F rating from the National Rifle Association. While Kaine has been in support of restricting guns to people on one of the terror watch lists, Pence has been opposed. Pence’s stance is in contrast with his running mate, as Trump has said he is open to prohibiting selling guns to suspected terrorists.

The next presidential debate will be on Sunday between Trump and Clinton and hosted by Washington University in St. Louis.