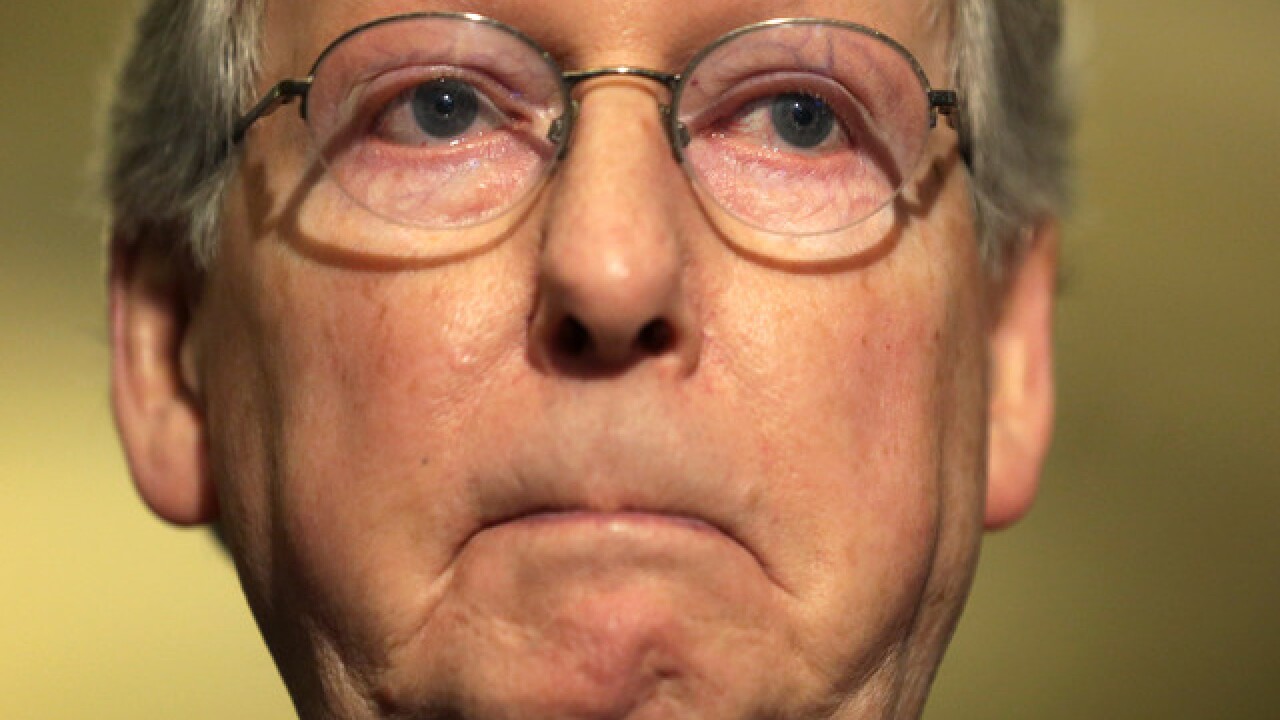 WASHINGTON (AP) — Senate Majority Leader Mitch McConnell said Monday that while presumptive Republican presidential nominee Donald Trump is "a phenomenon" and political outsider, he has earned the right to the GOP nomination and the party's support.

"I think Donald Trump is a phenomenon. I don't believe Donald Trump is going to change the Republican Party in a fundamental way. He appeals to a lot of voters, he'll be the nominee. I don't have any problem supporting him," McConnell said.

McConnell said Trump is helping the party reach out to voters who "have not lately voted for Republicans." That will make the party's competitive in November against likely Democratic nominee Hillary Clinton, McConnell said on MSNBC's "Morning Joe."

"The reason I'm supporting Donald Trump is I don't want four more years just like the last eight," McConnell said, adding, "there's no chance Hillary Clinton is going to be any different than Barack Obama."

Trump's appeal as an outsider has succeeded in part because "the voters this year were looking for something very different, particularly the right-of-center voters," McConnell said. "You can argue the left-of-center is expressing itself the same way," looking to Bernie Sanders.

The Senate Republican leader declined to answer directly whether he thought House Speaker Paul Ryan should issue a formal endorsement of Trump.

"My view is that Trump has earned the nomination because he went out and got the most votes" in the primary and caucus process, McConnell said. "We need to be respectful of the process."