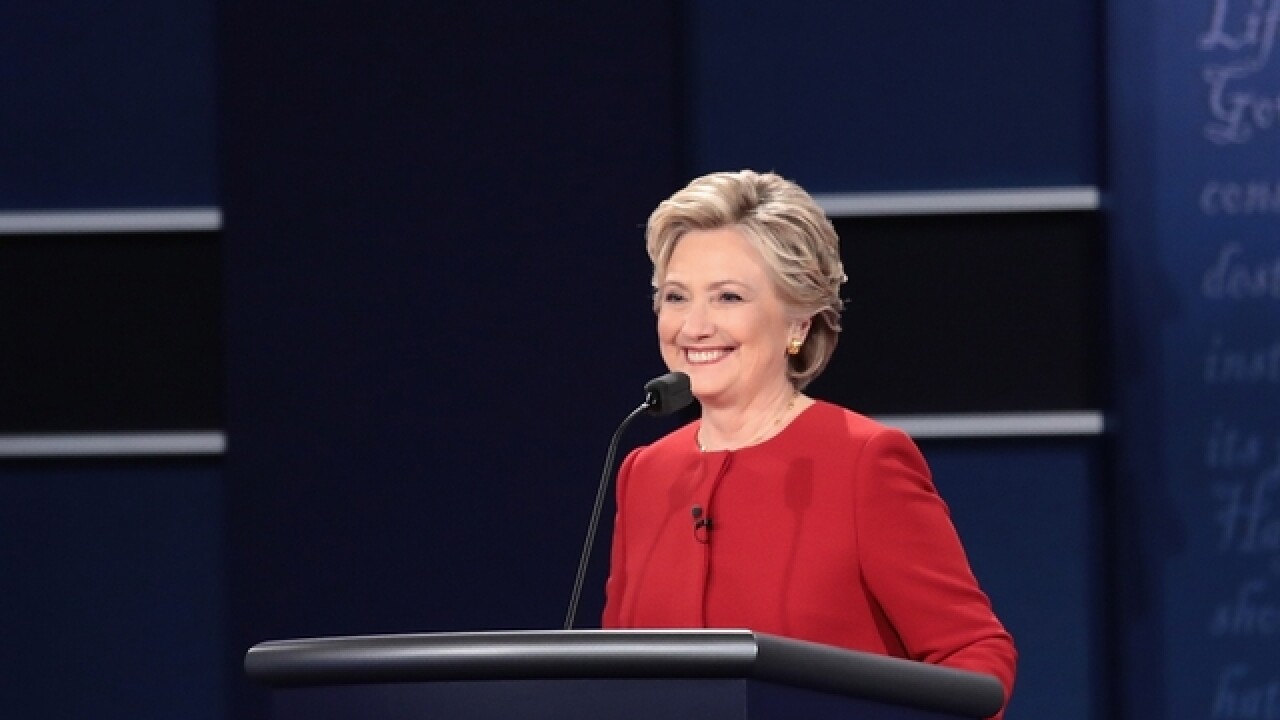 WASHINGTON (AP) — Newly leaked emails show consternation among those closest to Hillary Clinton about how Bill Clinton's business dealings might damage his reputation and potentially affect her presidential hopes.

The emails, posted Monday by the WikiLeaks organization, also give insight into tension and turmoil within the Clinton Foundation while Clinton was serving as secretary of state. The chief operating officer of the family charity was reported to be threatening to commit suicide over the stress.

WikiLeaks began releasing on Friday what it says are years of messages from the accounts of Clinton Campaign Chairman John Podesta. Podesta has acknowledged his emails were hacked, but warned the messages may have been altered or edited to do political damage to Clinton.

It wasn't immediately clear who hacked Podesta's emails, though U.S. intelligence officials last week blamed the Russian government for a series of breaches and leaks intended to influence the presidential election.

The emails that circulated among Podesta, Chelsea Clinton and former Bill Clinton aide Doug Band detail internal tensions that simmered inside the Clinton Foundation and appear to have played a role in Band's departure from the family charity.

Internal concerns among Clinton family intimates about Band and the private corporate advisory firm he co-founded, Teneo Holdings, have been previously detailed in several media accounts. But the new emails provide raw glimpses of an apparent power struggle between the Clintons' daughter and Band, who worked closely for Bill Clinton for more than a decade after the end of the Clinton administration.

In an email exchange from December 2011, Chelsea Clinton tells Podesta and others — including Clinton adviser and current Virginia Gov. Terry McAuliffe — that she's increasingly concerned about Teneo.

The email includes a forwarded news article that alleges that Bill Clinton had collected $50,000 a month through Teneo from MF Global, the commodities brokerage formerly run by former New Jersey Gov. Jon Corzine, while MF Global was preparing to file for bankruptcy.

Chelsea Clinton told Podesta and others that two people separately came up to her at a London event for the Clinton Foundation to raise concerns that someone representing Teneo clients had been calling members of the British Parliament "on behalf of President Clinton" without her father's knowledge. Chelsea Clinton said the calls had people in London "making comparisons" between the "profit motivations" of the former president and former Prime Minister Tony Blair.

"Which would horrify my father," Chelsea Clinton wrote.

"I realize it is difficult to confront and reason with her but this could go (too) far and then we all will have a real serious set of other problems," Band vented in an exchange sent to Podesta. "I don't deserve this from her and deserve a tad more respect. ... She is acting like a spoiled brat kid who has nothing else to do but create issues to justify what she's doing because she, as she has said, hasn't found her way and has a lack of focus in her life."

The emails reflect the ascendance of Chelsea Clinton — as early as 2011 — inside the family charity. The younger Clinton was recently was anointed as the Clinton Foundation's future leader if her mother wins the presidency next month. Bill Clinton announced in August that he planned to step down from the charity's board if his wife becomes president. Chelsea Clinton will remain on the organization's board.

Bill Clinton explained in a letter to supporters in August that he would resign and stop raising funds for the charity to eliminate "legitimate concerns about potential conflicts of interest."

Calls seeking comment from the Clinton Foundation and from Teneo, where Band works, received no response Monday.

Also in December 2011, Clinton Foundation chief operating officer Laura Graham contacted Band to complain that stress she blamed on the former president and Chelsea Clinton was causing her to consider suicide.

Band wrote that when Graham called him, she was in her car parked near the water with her foot on the gas pedal. He said he dissuaded her from hurting herself.

"She called me to tell me the stress of all of this office crap with wjc and cvc as well as that of her family had driven her to the edge and she couldn't take it anymore," Band wrote in an email to Podesta and Cheryl Mills, then Hillary Clinton's chief of staff.