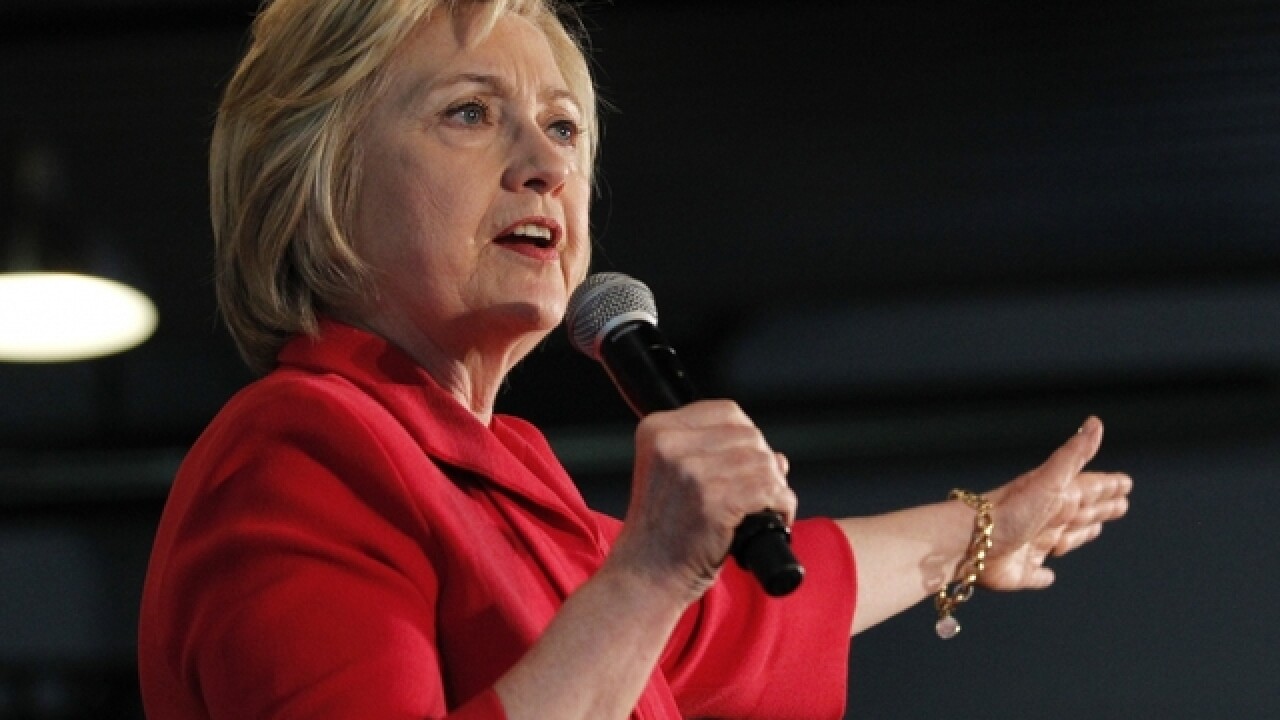 Hillary Clinton told supporters at a Columbus, Ohio campaign event that presumptive Republican presidential nominee Donald Trump would send the U.S. economy into a recession, according to the Associated Press.

Clinton is using Donald Trump's own statements to undercut his economic credentials,  citing remarks he made that the U.S. could sell off assets, default on its debt and that wages are too high. She also repeated a comment he made that pregnant employees are an "inconvenience."

Clinton says markets "rise and fall" based on comments made by presidential candidates. Suggesting the United States could default on its debt could cause a "global panic," she adds.

Clinton says: "We can't let these loose, careless remarks get any credence in our electorate and around the world."

Trump quickly responded to Clinton's claims on Twitter with a stream of counterattacks:

Hillary says this election is about judgment. She's right. Her judgement has killed thousands, unleashed ISIS and wrecked the economy.

How can Hillary run the economy when she can't even send emails without putting entire nation at risk?

Hillary Clinton's open borders immigration policies will drive down wages for all Americans - and make everyone less safe.

He also took jabs at Clinton on Instagram, claiming that Obama has piled on debt while Clinton was "watching."

Obama-Clinton inherited $10T in debt and turned it into nearly $20T. They have bankrupted America while making their donors rich!

A video posted by Donald J. Trump (@realdonaldtrump) on