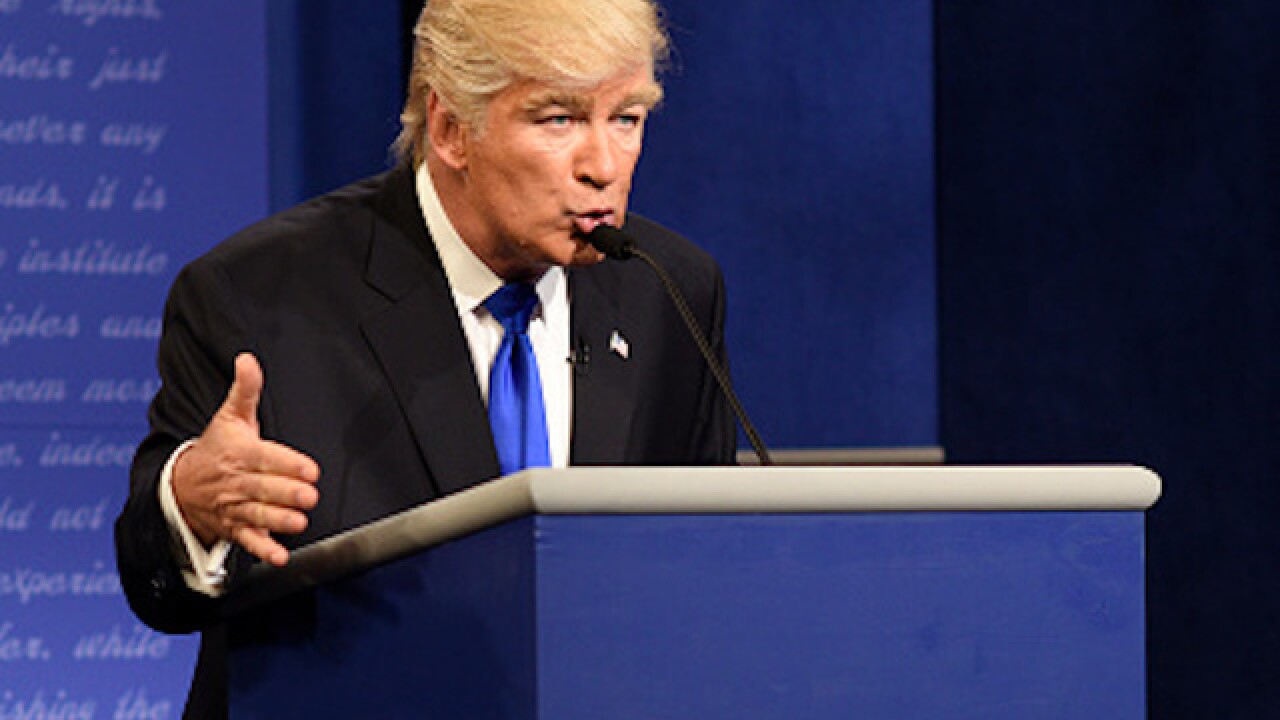 Following "Saturday Night Live's" spoof of the second presidential debate, Donald Trump claimed on Twitter early Sunday morning that SNL's skit from the night before is part of a massive conspiracy to keep him from getting elected.

The Saturday Night Live skit was part of last night's cold open, and led off with the characters portraying debate moderators Anderson Cooper and Martha Raddatz taking a shot of whiskey before the debate.

SNL's debate skit featured a smug and overly-prepared portrayal of Hillary Clinton, claiming that Trump has given her the election already. Meanwhile, Trump's character made racist and misogynistic remarks.

Trump has twice hosted "Saturday Night Live." His most recent appearance as a host was on Nov. 7, 2015, which was months after he presidential campaign. He also hosted on April 3, 2004.