Whose Trump impression is better? The Dalai Lama's or Tim Kaine's? 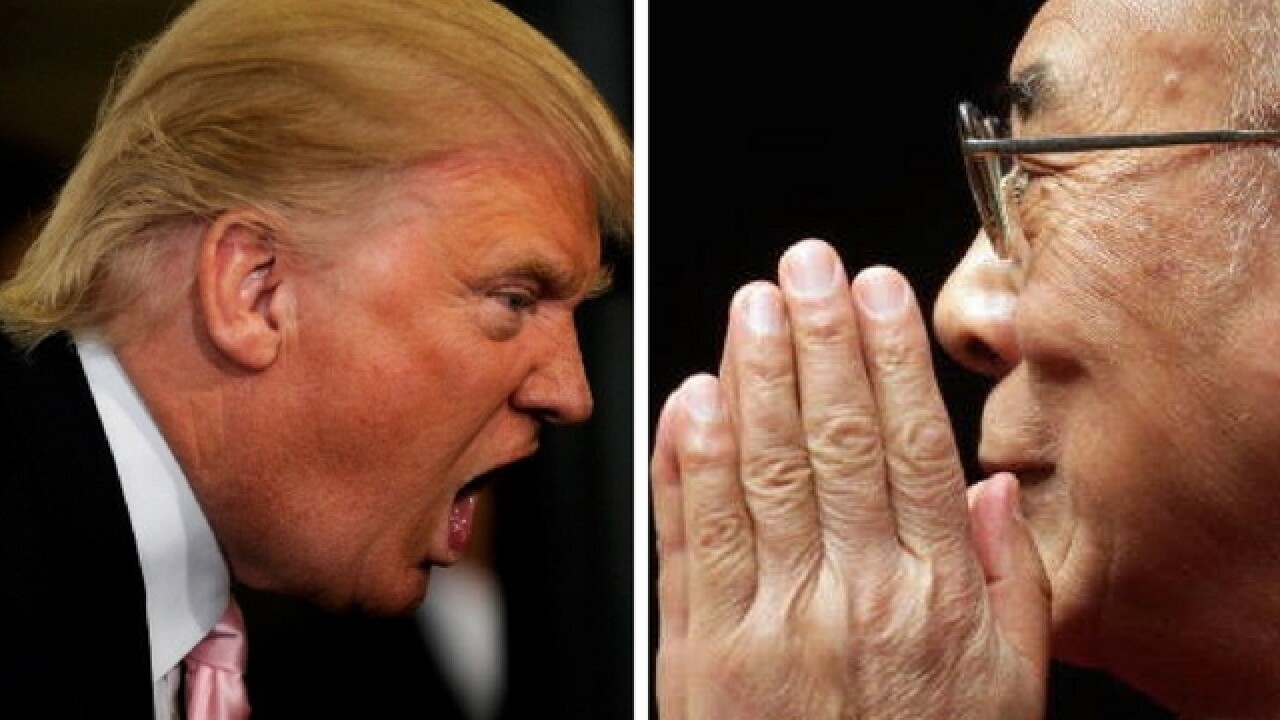 The Dalai Lama is known throughout the world for his wisdom, compassion and mission of peace. But it turns out he’s also an aspiring impressionist.

During an interview on “Good Morning Britain” on ITV on Thursday, the Dalai Lama discussed the vitriolic and strange 2016 Presidential Election and offered his impression of GOP nominee Donald Trump.

While the Dalai Lama hasn’t quite mastered Trump’s New York accent, he is on to something by mimicking his facial features.

When asked if he would visit the White House if Trump were elected, the Dalai Lama said “That depends, you see, on him. If he invites me, I would go.”

Watch the Dalai Lama’s impression below.