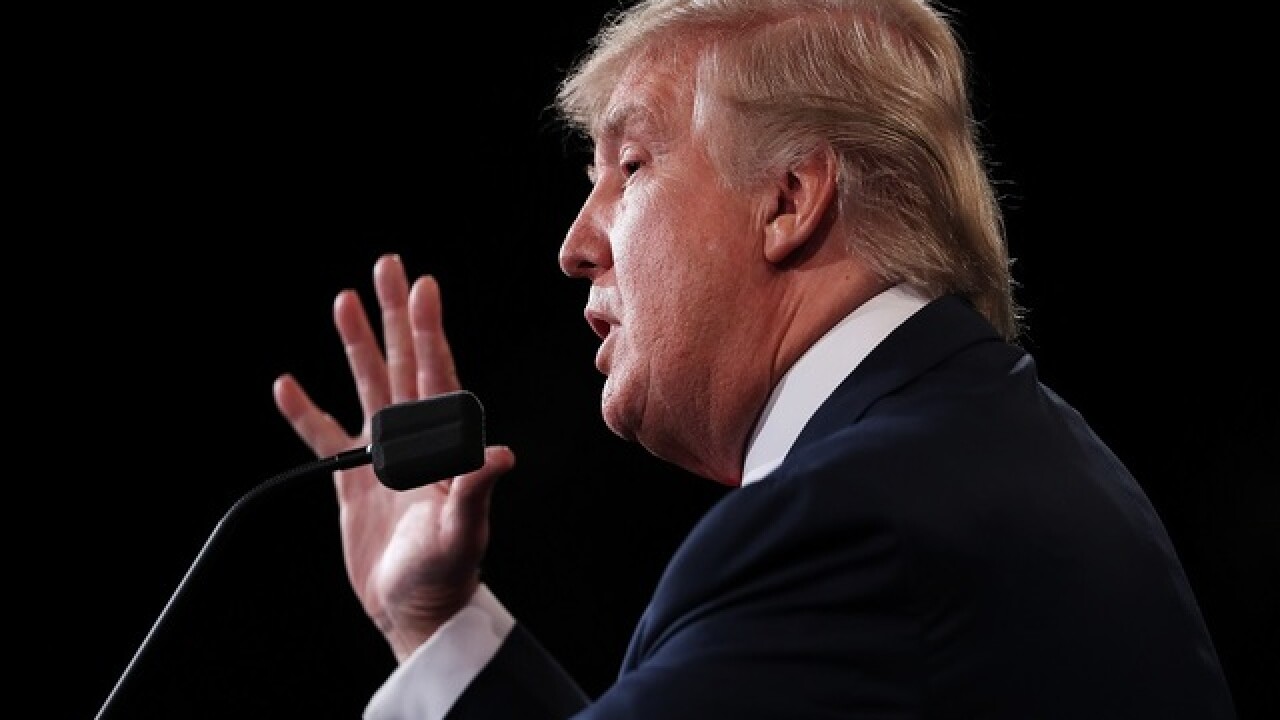 By: Associated Press
Posted at 11:03 PM, Oct 19, 2016
WASHINGTON (AP) — Some conservatives are irritated by Donald Trump's failure to explicitly say during the presidential debate that he wants Roe v. Wade overturned.
That's the landmark Supreme Court decision legalizing abortions, something that conservatives have fought for four decades.
Trump promised to appoint justices who would overturn Roe v. Wade, saying that its end would occur "automatically." But when pressed by the debate moderator, he did not give a straight answer about whether he personally wants it overturned.
One of the first to notice that: independent presidential candidate Evan McMullin.
He tweeted, "Why can't @RealDonaldTrump actually say the words "I want Roe v Wade overturned?" I'm the only pro-life candidate in the race."
McMullin has no way to win Nov. 8 — but has been polling ahead of Trump in deep-red Utah.
Trump's personal feelings about abortion are murky. In past years he's said he favors abortion rights. As a Republican presidential candidate, he has said he opposes them.
Conservative writer Erick Erickson retweeted a GIF to express his frustration with Trump's answer. The short video showed basketball great Michael Jordan slowly shaking his head in apparent disgust.
Hillary Clinton, the Democratic nominee, made it clear that she wants to preserve abortion rights and would appoint justices who share that view.
Copyright 2016 The Associated Press. All rights reserved. This material may not be published, broadcast, rewritten or redistributed.