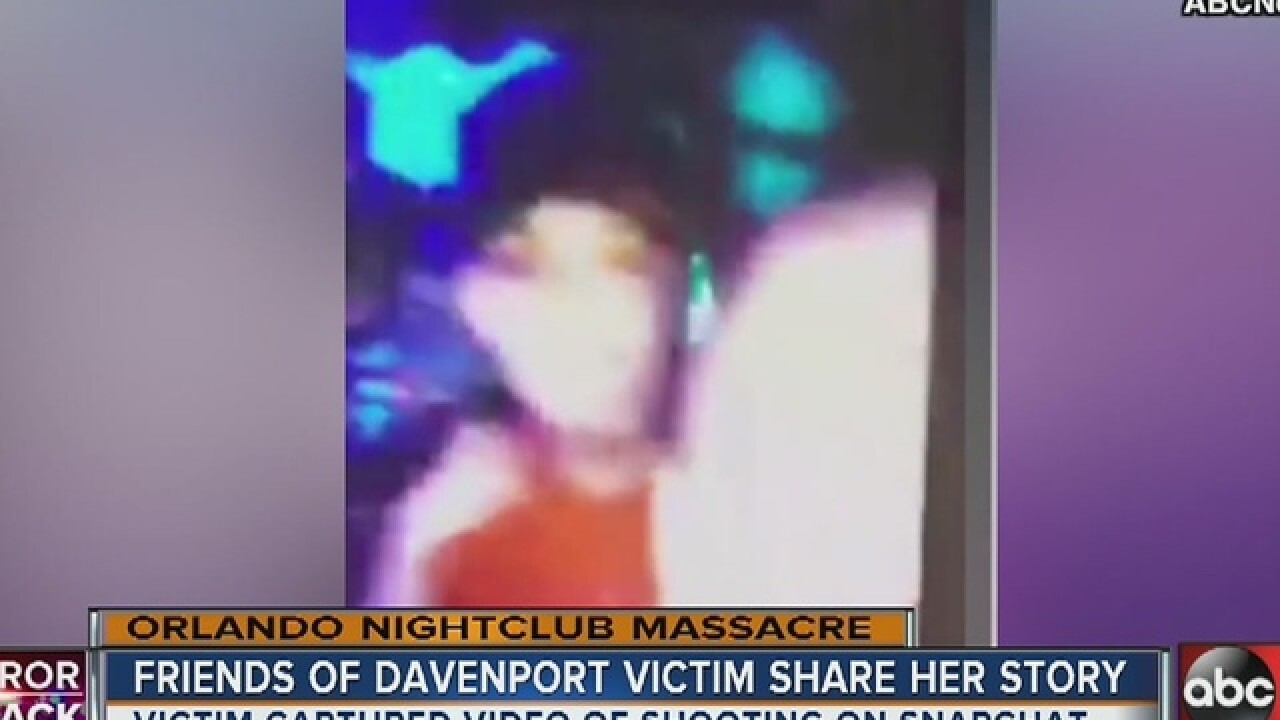 Two young women from Davenport are confirmed to be among the 49 dead from the Orlando nightclub massacre.

One of them even captured the terrifying moments on a Snapchat video.

Mercedes Flores and Amanda Alvear, both of Davenport, were at Club Pulse with one of their best friends Josean Garcia.

Garcia was in a different part of the nightclub when the shooting started.

“I didn’t look back. I just closed my eyes until it stopped and then I saw people running, and that's when I ran,” he said.

Garcia knows he’s lucky for being among the hundreds who literally dodged bullets that night.

Orlando Health reports 29 victims are still being treated at the hospital and at least five are in grave condition.

All day, family and friends arrived at the Orlando Regional Medical Center with balloons and other mementos for their loved ones in recovery.

Garcia said he, Flores, and Alvear frequently made the trip from Davenport to Orlando to let loose at the club.

“We were at a house warming. We were having a great time. These girls, I’ve been best friends with them since the seventh grade in middle school,” he said. “Literally my whole world, my whole weekends, everything was around them.”

A candlelight vigil in memory of Alvear and Flores has been scheduled for Friday, June 17 at 7 p.m.

The event will take place at Northeast Regional park at 50901 Highway 27 in Davenport.

View the event on Facebook here to learn more.