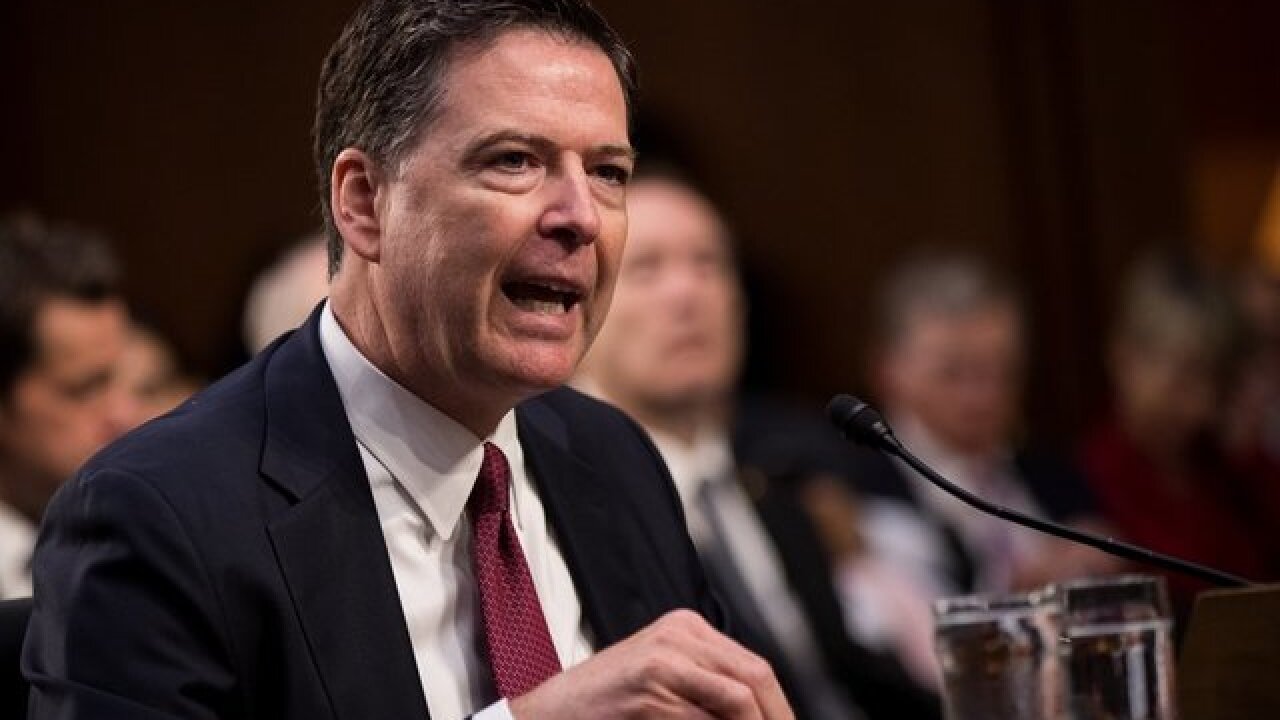 In his memos documenting conversations with President Donald Trump, former FBI Director James Comey recounts Trump's "serious reservations" about then-national security adviser Michael Flynn as well as the President's concerns about media leaks and Trump's recollection of Russian President Vladimir Putin telling him that Russia had the "most beautiful hookers in the world."

The Comey memos provided to Congress on Thursday and obtained by CNN include documentation of seven conversations he had with Trump from January 7, 2017, through April 11, 2017. Four of the notes are classified and have been partially redacted, and three of them are unclassified.

There are several recurring themes through the conversations: Trump frequently brings up leaks to the media and they discuss trying to find the source of the leaks. Trump also at least twice brought up the "golden showers thing" and said he was concerned even if there was a small chance his wife had thought it was true.

In the January 7 memo, Comey writes that Trump interjected, "there were no prostitutes; there were never prostitutes" about his 2013 trip to Moscow.

In his January 28 conversation with Trump, Comey also writes that Trump said "the hookers thing is nonsense," but then later said that "Putin had told him, 'we have some of the most beautiful hookers in the world.'"

Comey also writes that the President said on January 28 he had "serious reservations" about Flynn, who soon left the administration and later pleaded guilty for lying to the FBI about his conversations with Russian officials.

Trump explained that his reservations about Flynn's judgment by discussing a story about a toast to British Prime Minister Theresa May and someone else who Flynn had said called before her after Trump was inaugurated, but Flynn had not told the President.

The unclassified memos include the now-famous conversation Trump had with Comey where he told Comey, "I hope you can see your way clear to letting this go, to letting Flynn go."

"I replied by saying, 'I agree he is a good guy,' but said no more," Comey writes.

Trump is also focused on loyalty, as Comey has said in congressional testimony and his book. In their final April 11 conversation, Comey writes that Trump told him: "I have been very loyal to you, very loyal, we had that thing, you know."

Comey said that he assumed Trump was referring to his previous pledge for loyalty before his inauguration, where Comey responded he would provide "honesty," and Trump responded, "honest loyalty."

In the February 8 memo, Comey also recounts a conversation with then-White House Chief of Staff Reince Priebus, where he says that Priebus asked him whether it was a "private conversation," and asked Comey, "Do you have a FISA order on Mike Flynn?"

Comey said that he answered Priebus' question, but first told him that it was "the kind of question that had to be asked and answered through established channels."