Clinton back on campaign trail after releasing health info 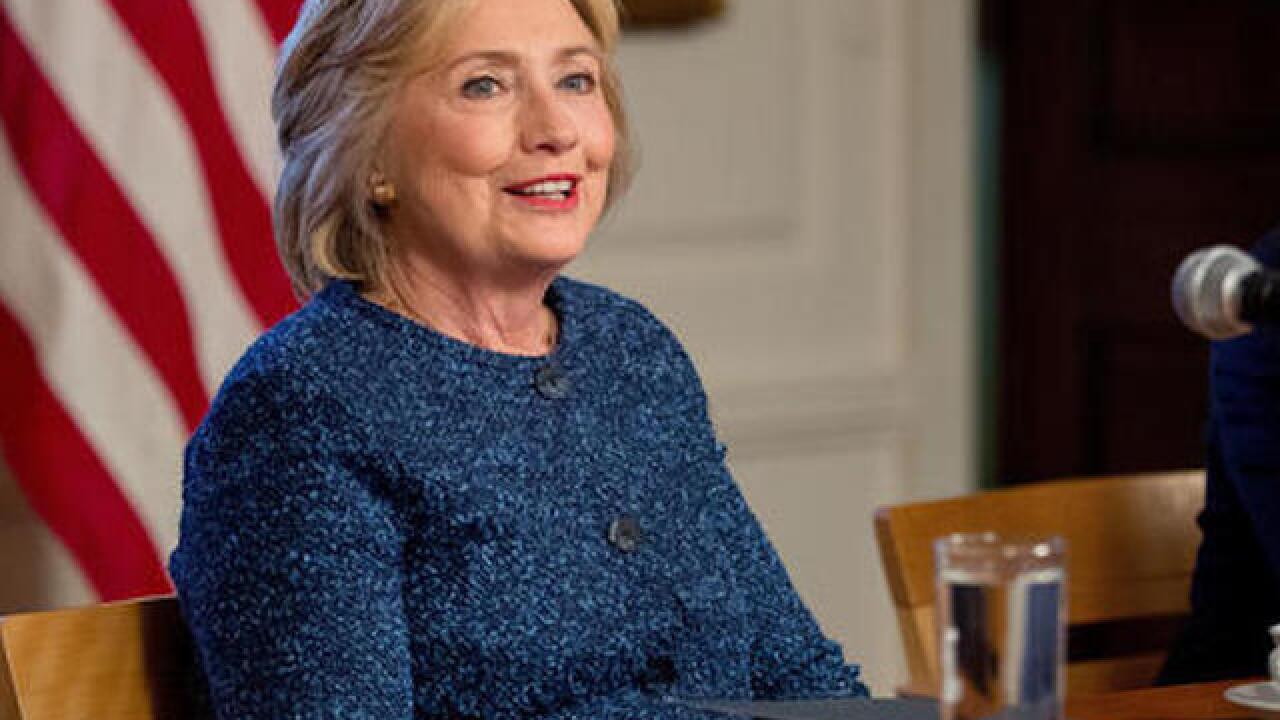 WHITE PLAINS, N.Y. (AP) — Hillary Clinton returns to the campaign trail Thursday following a bout of pneumonia that sidelined her for three days and revived questions about both the Democratic nominee and Republican Donald Trump's transparency regarding their health.

Clinton's campaign responded with a new letter from her doctor Wednesday declaring her "fit to serve" as president and recovering well from her recent illness. The letter — the first substantial update on her health in more than a year — details the medications she is taking, her cholesterol levels and other results from a physical exam.

Trump says he, too, plans to release details from a recent physical, though it's unclear when that will happen and how much information he will provide. So far, the businessman has only released a widely mocked letter from his longtime physician declaring he would be the healthiest president in history.

In keeping with Trump's unusual approach to transparency, the Republican handed over a one-page summary of his recent exam to Dr. Mehmet Oz while taping an episode of Oz's show. A release from the show said "Dr. Oz took Mr. Trump though a full review of his systems," including his nervous system, cardiovascular health, prostate health and family medical history.

The show is due to air Thursday. Trump's campaign has not made a copy of the summary public ahead of the airing, nor is it certain he will do so after.

While Clinton has released more information than Trump — both about her health and financial history — her campaign's handling of her illness underscored her penchant for privacy, something that has contributed to the public's lack of trust in the former secretary of state. With less than two months from Election Day, Clinton's standing with Americans has contributed to a race that is tighter than both parties expected.

Clinton will spend Thursday campaigning in Greensboro, North Carolina, and speaking to a Hispanic group in Washington. It's her first public appearance since Sunday, when she abruptly left a 9/11 memorial service in New York after feeling becoming dizzy and dehydrated. After a video emerged of her stumbling and being held up by aides, the campaign revealed she had been diagnosed with pneumonia days earlier.

Jennifer Palmieri, Clinton's communications director, said the candidate's break from the campaign trail helped her "sharpen the final argument she will present to voters in these closing weeks." Clinton's remarks Thursday will focus on lifting up children and families, as the campaign tries to break through with a more positive message.

The new letter from Clinton's doctor stated that a chest scan revealed she had "mild, non-contagious bacterial pneumonia." Dr. Lisa Bardack, chair of internal medicine at CareMount Medical in Mount Kisco, New York, said Clinton was treated with a 10-day course of Levaquin, an antibiotic used to treat infections.

Bardack said Clinton is up to date on all vaccines, including two given to help prevent pneumonia — Prevnar and Pneumovax. The letter did not state when she received those vaccines.

"She is recovering well with antibiotics and rest," wrote Bardack, who also authored a letter about Clinton's health released in July 2015. "She continues to remain healthy and fit to serve as President of the United States."

Clinton, 68, has blood pressure of 100 over 70. Her total cholesterol was 189; her LDL or "bad" cholesterol was 103, and her HDL or "good" cholesterol was 56 — all within healthy levels and not signaling the need for any medications. She has also had a normal mammogram and breast ultrasound, according to the letter.

The letter from Clinton's doctor made no mention of her weight, a key part of any medical exam, nor did a similar letter released last year.

She takes thyroid and allergy medicines and the blood thinner Coumadin, prescribed as a preventative after she suffered a blood clot resulting from a 2012 concussion.

The blood clot, which was in a vein in the space between the brain and the skull behind the right ear, led Clinton to spend a few days in New York-Presbyterian Hospital and take a month-long absence from the State Department for treatment.

Clinton running mate Tim Kaine also released a letter from his doctor, Brian Monahan, the attending physician of Congress. The letter says Kaine is in "overall excellent health," has never smoked and has "modest" alcohol use.

A spokesman for Trump's running mate Mike Pence says the Indiana governor plans to release records from a recent physical examination as soon as his doctor compiles the information.