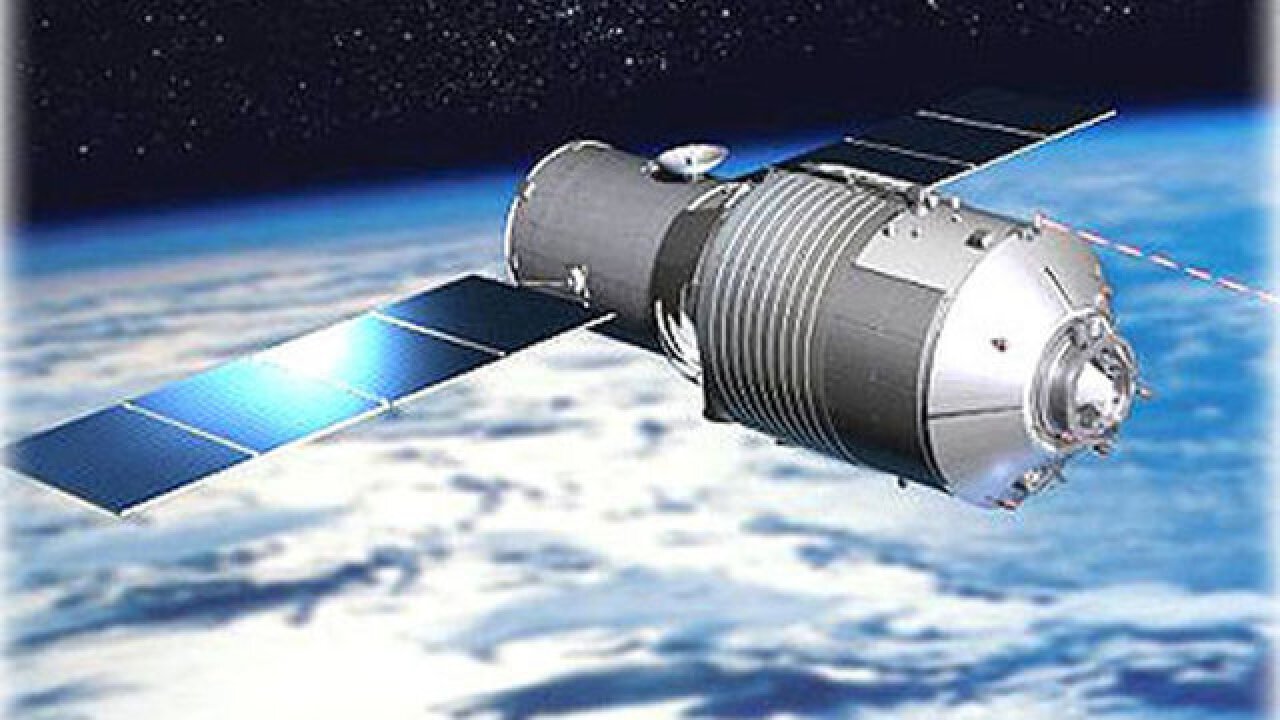 Chinese spacecraft Tiangong-1 is tumbling out of orbit above Earth, and is expected to re-enter Earth's atmosphere uncontrolled this weekend, the European Space Agency said.

The spacecraft will re-enter Earth's atmosphere between Saturday morning and Monday morning.

Tiangong-1 was at orbit roughly 200 miles above Earth after it launched in 2011. Slight atmospheric drag causes spacecrafts to decay in their altitude. As a result, spacecrafts have to conduct regular ‘reboost maneuvers’ to maintain their orbit, the European Space Agency said. Since December 2015, controllers on the ground have been unable to perform such maneuvers to keep it in orbit.

Originally the plan was to control its re-entry to direct the craft into an unpopulated section of Earth.

With no one able to control the spacecraft, it will tumble to the Earth somewhere between 43 degrees north and 43 south latitude. While that means much of the United States could be impacted by the falling spacecraft the size of a school bus, the European Space Agency projects that much, but not all, of the craft will break apart in the Earth's atmosphere.

“Owing to the geometry of the station’s orbit, we can already exclude the possibility that any fragments will fall over any spot further north than 43ºN or further south than 43ºS,” says Holger Krag, Head of ESA’s Space Debris Office.

The European Space Agency will be providing updates as it better projects when and where the spacecraft tumbles out of space and back to Earth.