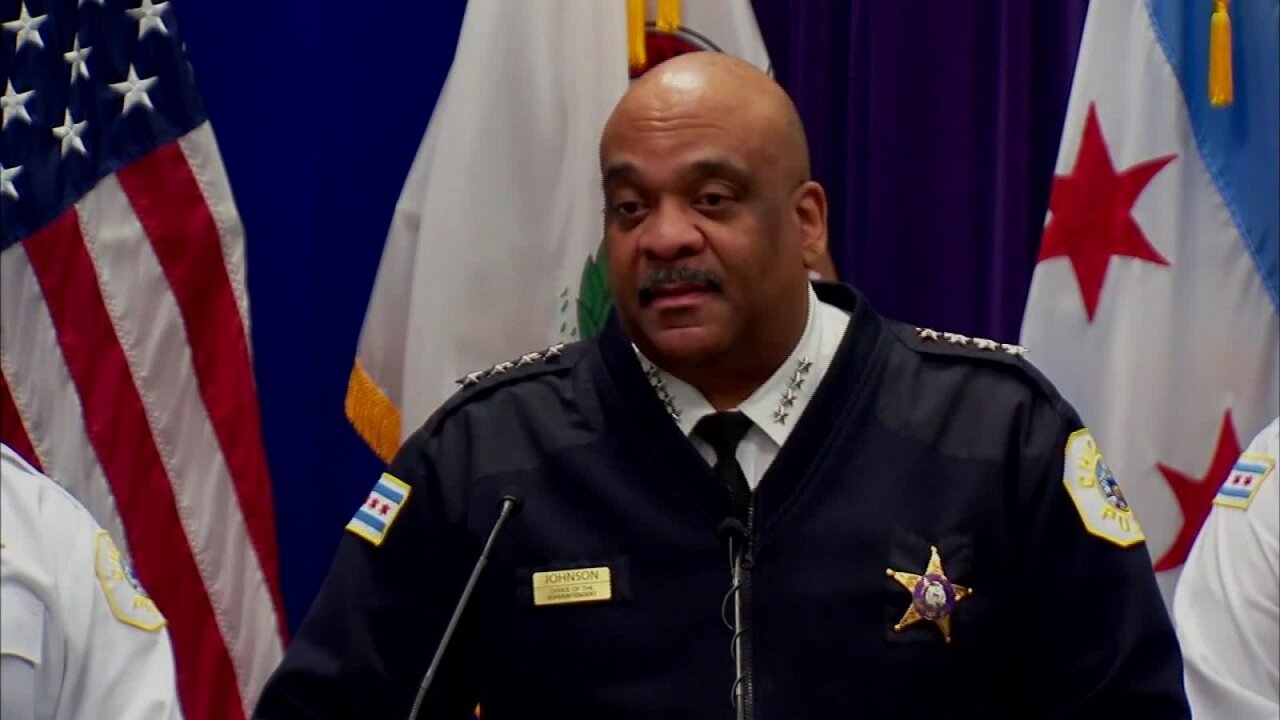 CHICAGO, Ill. – Chicago Mayor Lori Lightfoot fired Police Superintendent Eddie Johnson Monday, saying Johnson lied about an October incident in which he was found sleeping in his car after supposedly having drinks with dinner.

"It has become clear that Mr. Johnson engaged in a series of actions that are intolerable for any leader in a position of trust, particularly the head of the Chicago Police Department," she said in a news conference.

ANNOUNCEMENT: Mayor Lightfoot to make an announcement from City Hall. Tune in! https://t.co/jFXWVBlqMu

It is now clear, the mayor said, that Johnson was lying about the incident. Citing the city inspector general's report about the incident, Lightfoot said Johnson misled the public and lied to her on multiple occasions.

A passerby called 911 to report Johnson was sleeping in his car at a stop sign early October 17, and he drove himself home after officers responded and determined he was not impaired.

The city's top cop told reporters he felt like his blood pressure was rising when he decided to park his car. He'd been prescribed a medication after he suffered a blood clot in the summer, he said, and he though he fell ill because a doctor had changed his medication and he had accidentally missed a dose.

He was not asked to take a sobriety test. An internal investigation was launched at Johnson's request.

There was no evidence of wrongdoing, a Chicago police statement said at the time.

"While we have no indication of impropriety at this time, this question can only be answered by the internal affairs investigation. That investigation (is) active and ongoing," it said.

My full statement from today's announcement regarding Eddie Johnson. pic.twitter.com/7eMHyYm6eN