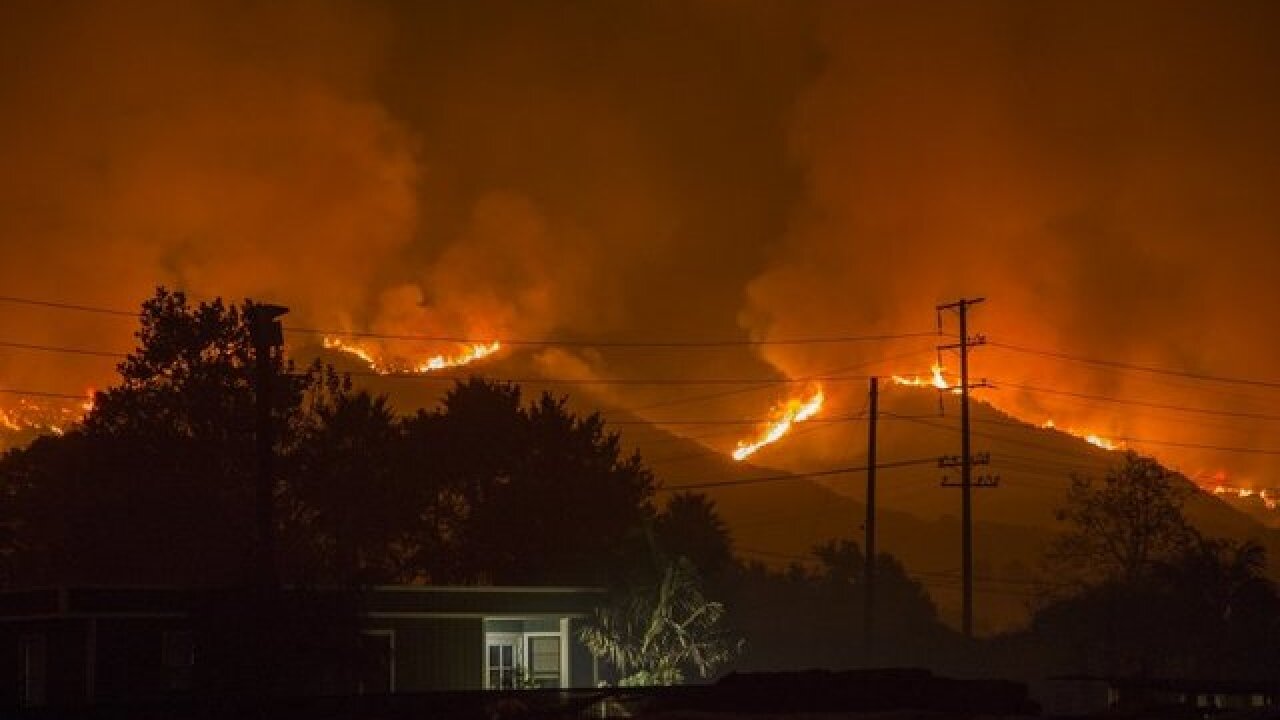 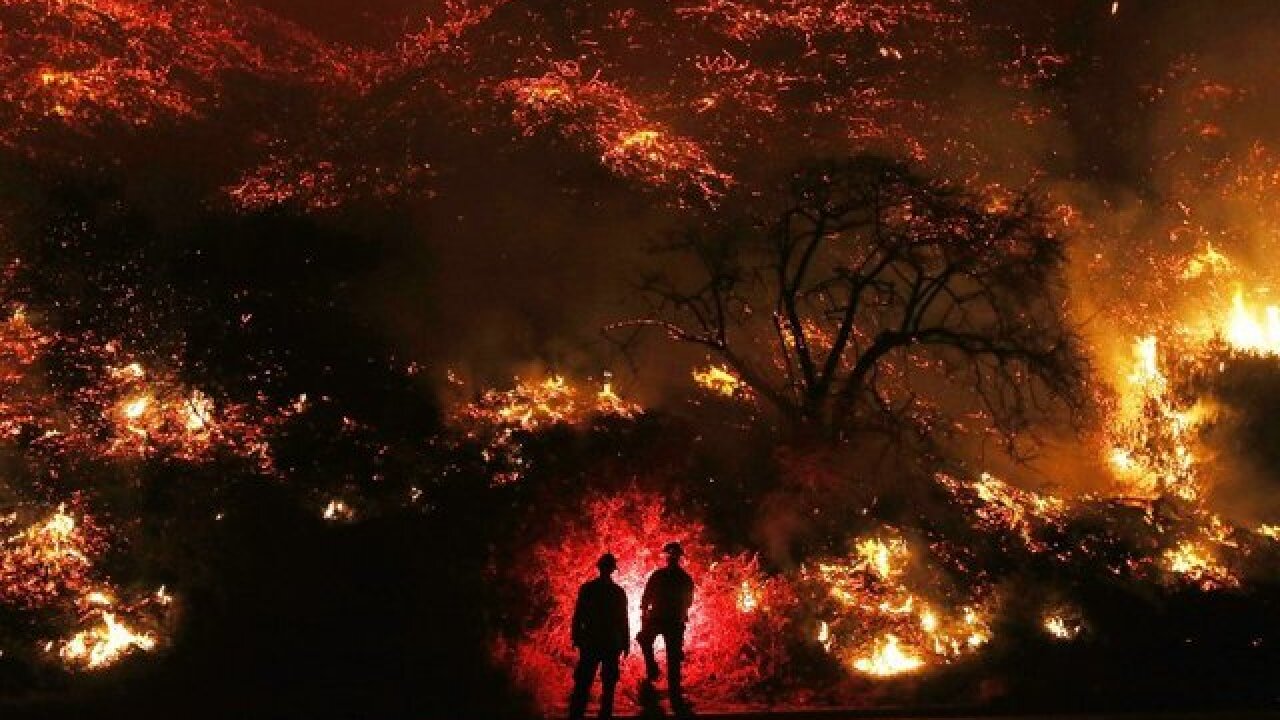 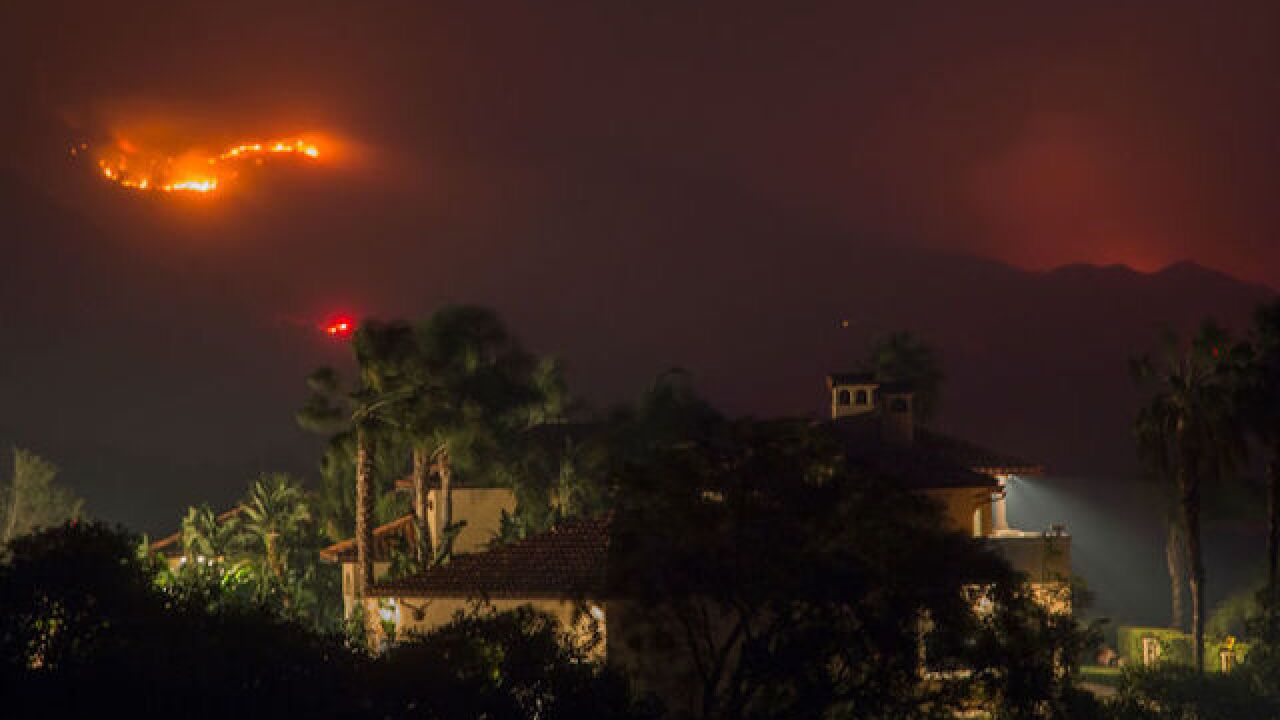 A spate of Southern California wildfires has destroyed an area larger than New York City and Philadelphia — combined. And the end might be weeks away.

Here are the numbers behind the blazes:

1 death
Firefighter Cory Iverson, from the San Diego unit of the California Department of Forestry and Fire Protection (Cal Fire), was killed on December 14. Iverson drove a fire engine and was killed on the east flank of the blaze.

281,620 acres
That's the size of the Thomas Fire, the largest one ripping across Southern California. It started in Ventura County and has been moving across Santa Barbara County.

The fire is the largest blaze in modern California history. It's torched an area much larger than New York City.

$177 million
That's how much money has been spent fighting the Thomas Fire, according to Cal Fire. And the cost is sure to grow, given the inferno was 70% contained over the weekend.

At least 18,000 structures were threatened by the Thomas Fire, according to Cal Fire.

1,000 structures destroyed
An estimated 1,063 structures had been wiped out by the Thomas Fire, Cal Fire reported. About 775 were single-family homes. Twenty-one commercial buildings burned.

Thousands more firefighters -- including from Arizona, Colorado, Idaho, Oregon, Utah and Washington state -- have been involved in battling other wildfires in the state.

95,000 evacuees
During the two-plus weeks the fires have burned, at least 95,000 residents have been ordered to evacuate, Cal Fire has said. Mandatory evacuation orders for the Thomas Fire have been lifted.

$10 billion
This year has been the costliest for wildfires in US history. Damage has topped $10 billion -- and that was before the current fires began in Southern California.