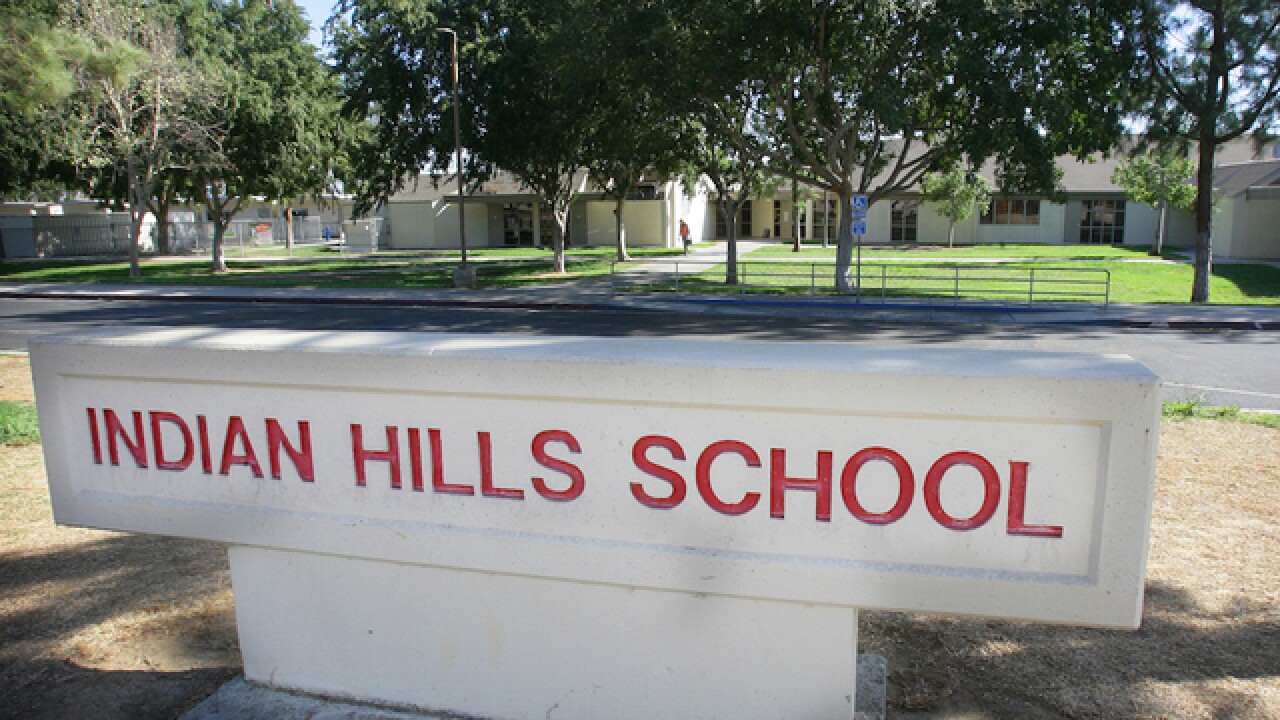 LOS ANGELES (AP) — A case of leprosy, extremely rare in the United States, has been diagnosed in a Southern California elementary school student, sending health officials scrambling to reassure parents and the public that the disease is hard to transmit and easy to treat.

Two children from Indian Hills Elementary School in Jurupa Valley had initially been diagnosed by a local doctor with the condition known medically as Hansen's disease, Riverside County health officials said Thursday. But this week they received results from the National Hansen's Disease Laboratory Research Program in Baton Rouge, Louisiana, and they showed that only one of the children had tested positive.

Emails were sent to parents at the elementary school, where classrooms had been sanitized since the initial diagnosis, emphasizing how hard it is to contract leprosy and that there is no danger to the child's classmates.

"It is incredibly difficult to contract leprosy," said Dr. Cameron Kaiser, Riverside County's public health officer. "The school was safe before this case arose and it still is."

The U.S. sees only about 150 leprosy cases occur each year, and over 95 percent of the population is naturally immune to it.

Despite its reputation as an incredibly infectious plague that makes sufferers shed body parts, the disease can only be passed through prolonged contact, and is fairly easily treated with antibiotics.

Those most at risk are family members who are in constant contact with an untreated person, and is usually contracted by people who have traveled to places like India, Brazil and Angola where it's more common.

County health officials would say only that the child got the disease through prolonged contact with another person who is not in the county.

They would say nothing about the identity of either child who was tested.

"The only way to protect the two students is for nobody to know who they are," district Superintendent Elliott Duchon told the Riverside Press-Enterprise.

Duchon was at the school on Thursday afternoon to answer questions from concerned parents.

Leprosy remains a problem in tropical hot spots of the world with some 250,000 new infections reported each year. Similar to tuberculosis, it can stay dormant for years before attacking the skin and nerves.

The disease has long been misunderstood, with false stories of fingers and toes falling off adding to the stigma. Fear led some countries to quarantine people.

Antibiotics typically kill the bacteria within days and make it non-contagious. It usually takes a year or two to fully clear the germ from the body.

If left untreated, it can cause severe nerve damage, deformity and disability.