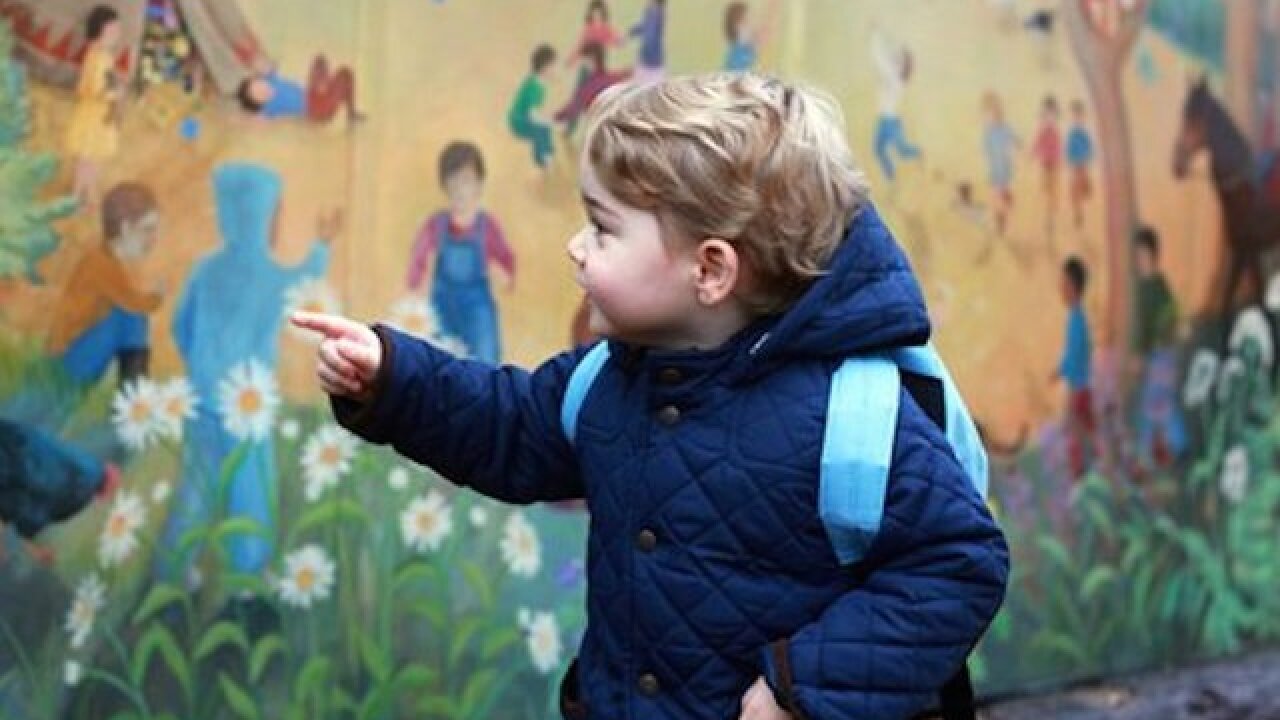 Prince William and his wife Kate marked the occasion by releasing two photographs of two-and-a-half-year-old George outside the school building. Kate took the photos showing George in a blue jacket with a backpack.

The royal couple had earlier announced he would be attending Westacre Montessori School in Norfolk, 110 miles (180 kilometers) north of London.

The school has said he will receive the same treatment as other pupils.