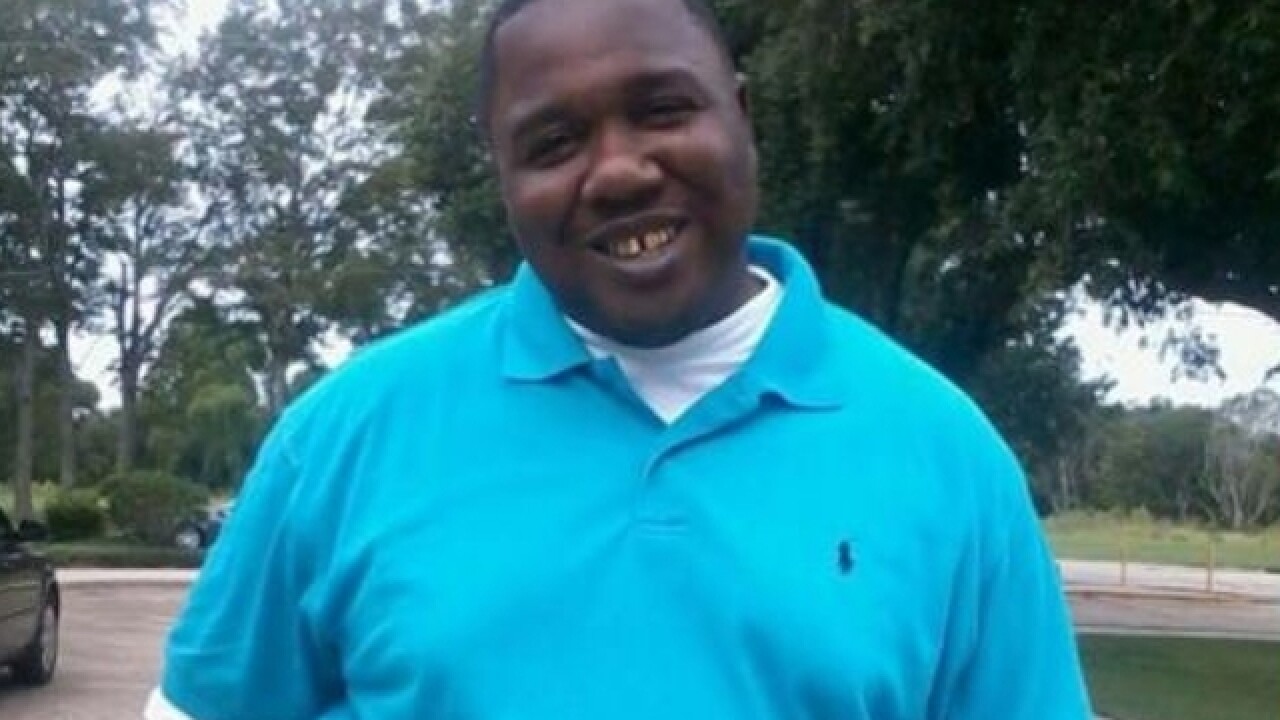 Salamoni's firing on Friday was the latest chapter in a tumultuous week for the Sterling family. State officials decided not to file criminal charges against the officers involved in the shooting, saying their actions were justified. Days later, police said the officers violated use-of-force policies.

A second officer, Howie Lake II, was suspended for three days without pay for losing his temper during the incident.

And for the first time since the 2016 shooting, members of the Sterling family were able to watch several graphic videos of the deadly confrontation.

"Today was a troubling day, it was a sad day, but it was a day for truth," L. Chris Stewart, an attorney for the Sterling family told reporters. "Truth that we don't really see too often."

Surveillance video from a convenience store shows Sterling selling DVDs outside and packing up his goods as Lake arrives and confronts him.

When Salamoni arrived to help Lake, he pulled his gun seconds later, according to his body camera video. Ten seconds into the video, as Sterling questions why the officers are trying to detain him, Salamoni shouts, "Don't f----- move or I'll shoot your f---- a--. Put your f------ hands on the car."

Video from Lake's body camera shows the officer approaching Sterling, trying to get him to put his hands on the hood of a car, and eventually struggling with him on the ground. During the altercation, another person, presumably Salamoni, screams, "He's got a gun!" and soon thereafter gunshots are heard.

When the officers get up, Sterling is lying on the ground outside the front door of the convenience store with a blood-soaked red shirt.

Less than 90 seconds passed since the moment when Lake first approached Sterling to the firing of the final shot, according to the Department of Justice's report of the incident.

The gun is not visible in the video, but Lake tells another officer he put it in his car. The officers had been responding to a call about a man with a gun. The call was from a homeless man who said that after he approached Sterling for money, Sterling showed him the weapon.

Police have said a .38-caliber handgun was found at the scene.

The four videos released include a convenience store surveillance video, two police-worn body camera videos and a video recorded by the dashboard camera in one of the police cars.

Two bystander videos released not long after the shooting had captured the final part of Sterling's struggle with the two white officers.

Family attorney: Sterling was just asking what he had done

Stewart said the videos show that Salamoni came at Sterling like "a pit bull and immediately escalated the entire situation."

Sterling didn't threaten or put a hand on the officers, Stewart said. He just kept asking Salamoni and Lake what he had done.

"It's a tough job, they have to deal with a lot but high duty comes high expectations," Stewart said. "You're not just a warrior but a guardian. You don't just look after white people, you look after black people and Hispanic, and Asian and everyone else."

Michael Adams, another lawyer for the Sterling family said the videos released Friday show a different depiction of Sterling.

Louisiana Attorney General Jeff Landry had said earlier this week that Sterling had illicit drugs in his system and may have contributed to "his noncompliance."

The family's attorneys said Sterling was not violent.

'Fear cannot be a driver' for officers

An internal police investigation into Sterling's actions determined the officers' actions "were not minor deviations from policy" Paul said.

"Our police officers are held to a higher standard," Chief Paul said. "Fear cannot be a driver for an officer's response to every incident. Unreasonable fear in an officer is dangerous."

Salamoni's firing and Lake's suspension are the first serious consequences for the officers since the shooting.

They had been accused of violating Sterling's rights under the Fourth Amendment but federal prosecutors found there wasn't enough evidence to warrant civil rights charges against them.

The two officers had separate closed-door disciplinary hearings Thursday. Salamoni chose not to answer any questions and Lake answered every question, Paul said.

"Blane understands that he's not going to be a Baton Rouge police officer again," McLindon said. "He wants to more or less clear his name and have a higher authority say what he did was consistent with your training and the law."