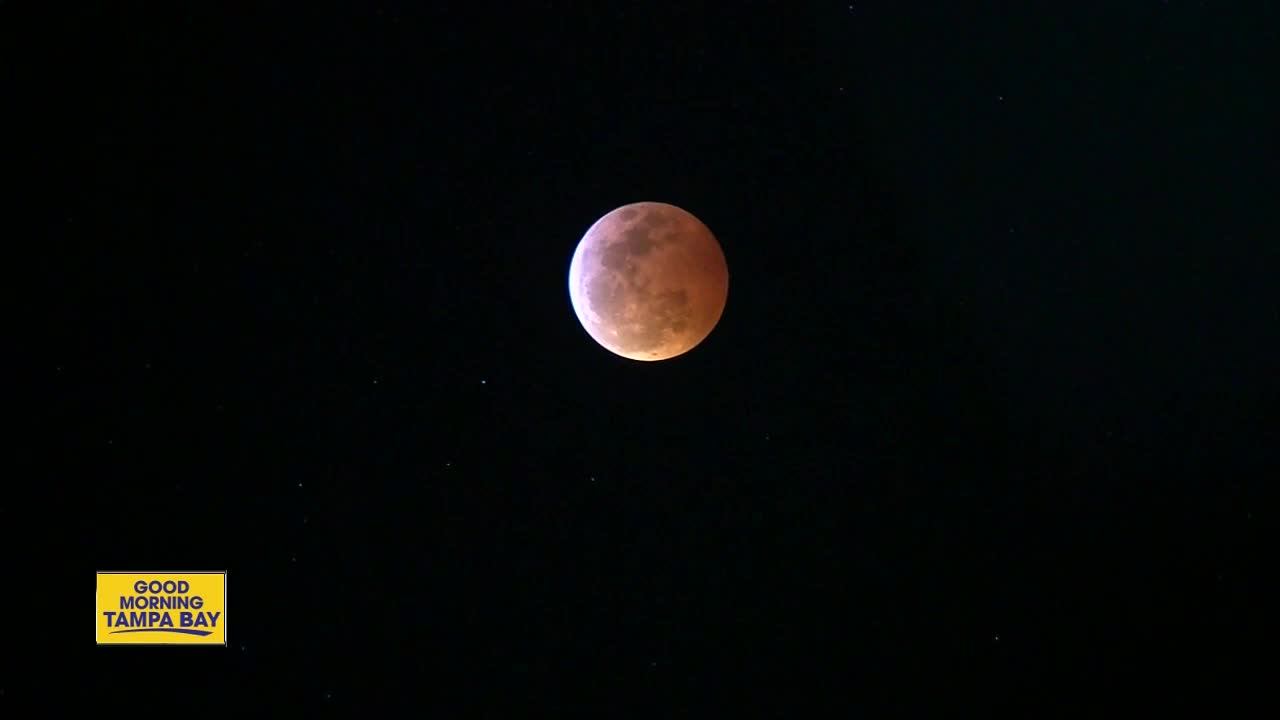 The moon, Earth and sun lined up to create the only total lunar eclipse this year. 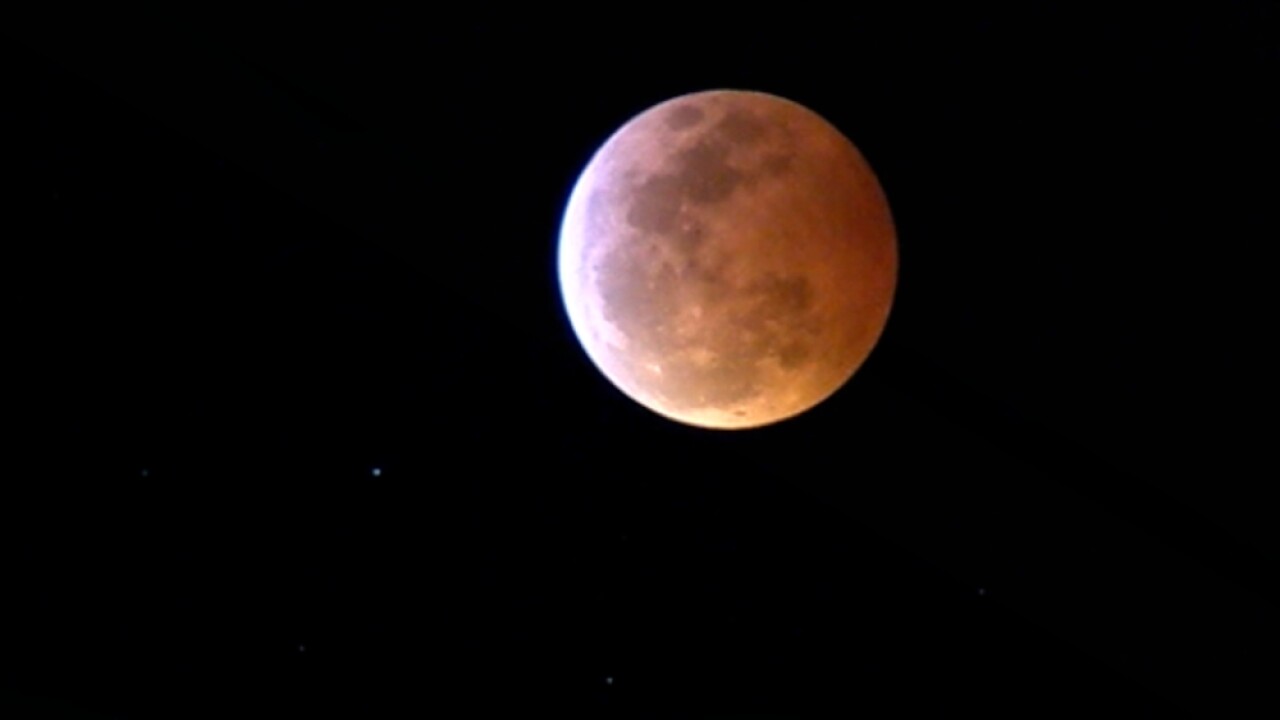 CAPE CANAVERAL, Fla. (AP) — The only total lunar eclipse this year and next came with a supermoon bonus.

On Sunday night, the moon, Earth and sun lined up to create the eclipse, which was visible throughout North and South America, where skies were clear. There won't be another until the year 2021.

It was also the year's first supermoon, when a full moon appears a little bigger and brighter thanks to its slightly closer position.

The entire eclipse took more than three hours. Totality -- when the moon's completely bathed in Earth's shadow -- lasted an hour. During a total lunar eclipse, the eclipsed, or blood, moon turns red from sunlight scattering off Earth's atmosphere.

Besides the Americas, the entire lunar extravaganza could be observed, weather permitting, all the way across the Atlantic to parts of Europe.