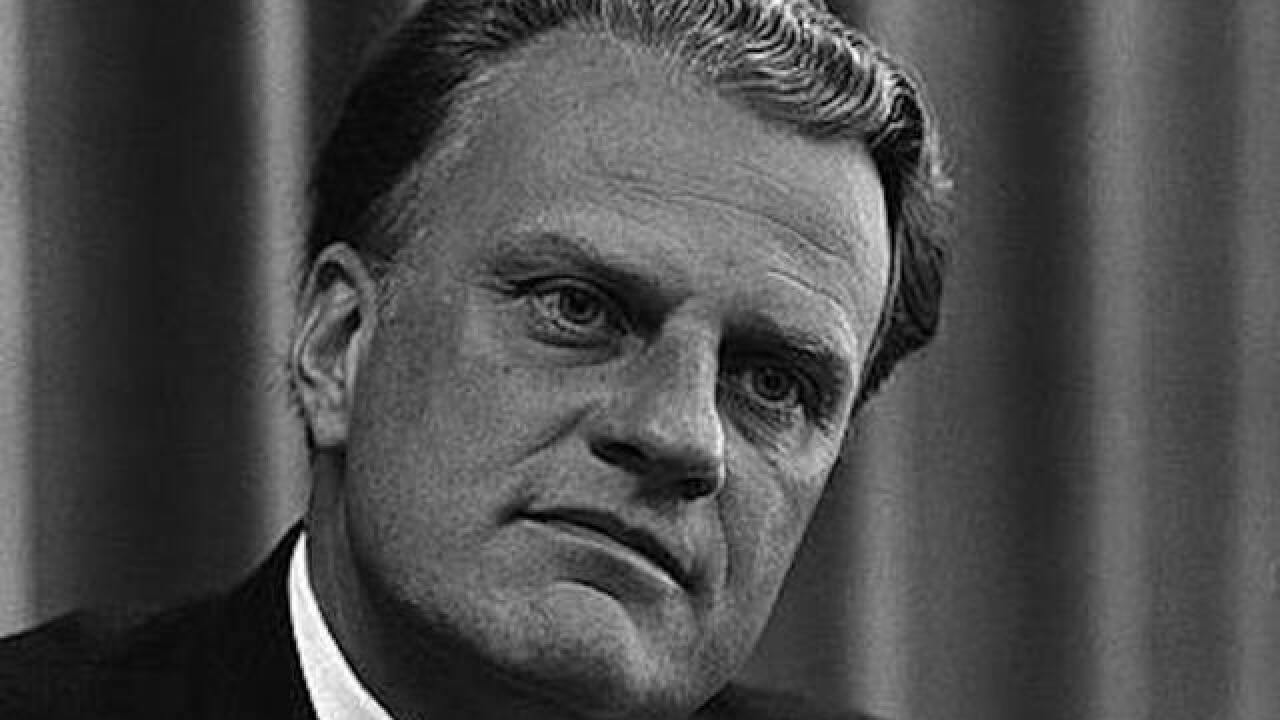 Copyright 2018 Scripps Media, Inc. All rights reserved. This material may not be published, broadcast, rewritten, or redistributed.
<p><strong>BILLY GRAHAM</strong>, 99 (Died: Feb. 20) — Known as America's pastor, Graham was a leading voice in the Evangelical Christian community for more than a half century. Graham traveled around the world spreading his message, and was a spiritual advisor to numerous presidents and politicians. (Library of Congress)</p>

Graham, an evangelical minister and spiritual confidant to American presidents, died at the age of 99 last week.

"The man had such a gift with connecting with people," Ryan said in his remarks honoring the late Reverend. "When listening to Reverend Graham, it was like he was right there next to you."

Graham lying in honor is a rare distinction for an American -- and an official embrace of the religious leader from the halls of government.

He is only the fourth person to lie in honor, following civil rights icon Rosa Parks in 2005 and two slain Capitol Police officers in 1998, the Architect of the Capitol's records say. The practice is similar to government or military officials lying in state, but is used for private citizens.

After the announcement of Graham's death, Ryan said in a statement that the evangelist had "spread the gospel in 185 countries during his 99 years on Earth, touching the lives of many and forever changing the course of the world's spiritual health."

Graham prayed with every US president from Harry Truman to Barack Obama and became known as "America's pastor."

After the news of Graham's death, Trump tweeted that there was "nobody like him."

"The GREAT Billy Graham is dead. There was nobody like him! He will be missed by Christians and all religions. A very special man," the President tweeted.

Graham's son Franklin, who took over the Billy Graham Evangelistic Association, had participated in Trump's inauguration. Trump was one of the more than 800 guests who attended Graham's 95th birthday celebration in 2013 in Asheville, North Carolina.

Criticism of honoring Graham at the Capitol has been somewhat muted, with the Freedom From Religion Foundation issuing a statement calling the plan to have his body lie in honor inappropriate and citing, among other things, his comments on the Nixon tapes disparaging Jewish people, for which he apologized after they became public in March 2002.

Graham had urged Dwight Eisenhower to run for president in 1952 and served as an unofficial adviser to the former general after he was elected. He also became close friends with President Lyndon Johnson and preached at the former president's funeral.

President George W. Bush credits Graham with helping him change from a lukewarm Christian with a fondness for beer to a serious and committed evangelical.