Florida airport baggage claim shooter says he doesn't know why he did it, pleads guilty 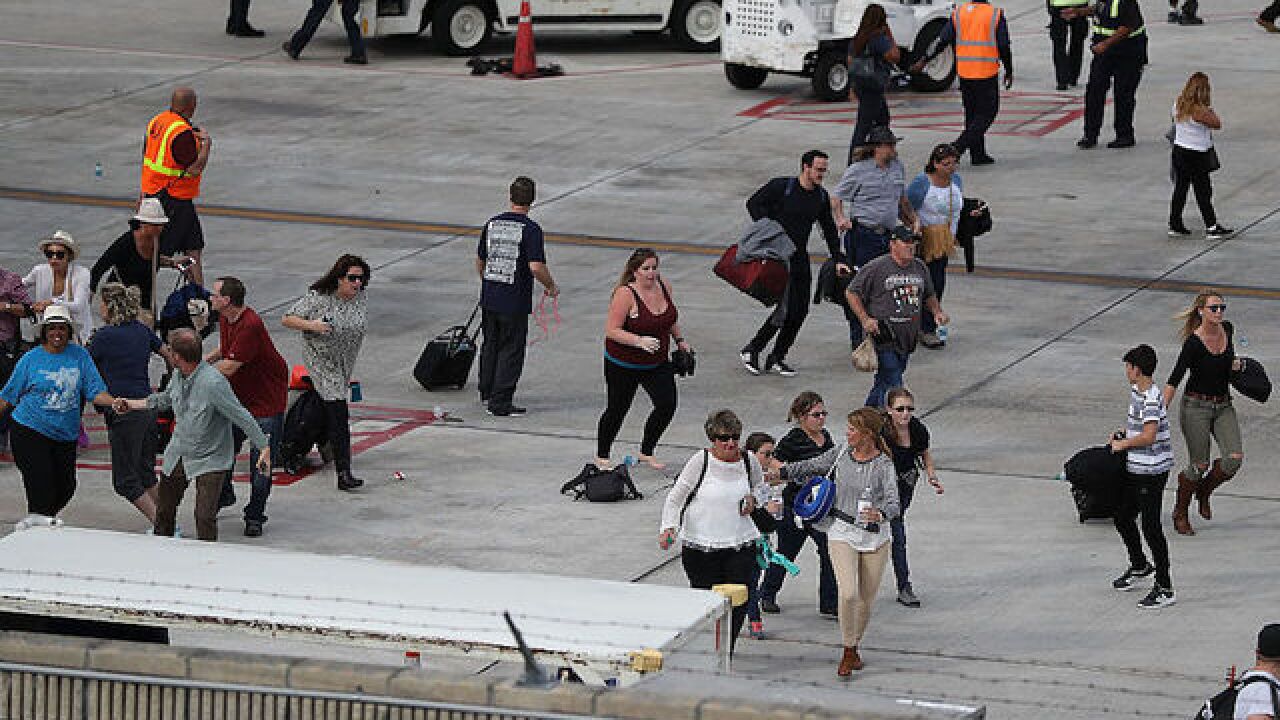 Image copyright 2017 Getty Images. All rights reserved. This material may not be published, broadcast, rewritten, or redistributed.
Joe Raedle
<p>People seek cover on the tarmac of Fort Lauderdale-Hollywood International airport after a shooting took place near the baggage claim on January 6, 2017 in Fort Lauderdale, Florida. </p>

Esteban Santiago has pleaded guilty to shooting and killing five people and injuring six others in the baggage area at a Fort Lauderdale Airport, and he says he doesn't know why he did it.

The 28-year-old Anchorage, Alaska resident pleaded guilty to 11 charges in the January 6, 2017 attack at Fort Lauderdale-Hollywood International Airport in which he used a handgun to commit the act.

Santiago says he "wasn't really thinking about it at the moment," according to an Associated Press report. The criminal has been diagnosed with schizophrenia, but was found competent for the legal proceedings, the AP said.

Santiago was sentenced to life in prison plus 120 years. He waived all rights to appeal, the AP reports.

“Today the man responsible for the horrific, devastating, and tragic attack on numerous innocent people at the Fort Lauderdale airport was held accountable for his crimes,” Miami U.S. Attorney Benjamin Greenberg said in a statement.

A psychologist who met with the suspect throughout the past year says he is mentally better now and has started express shock and remorse for what he did.