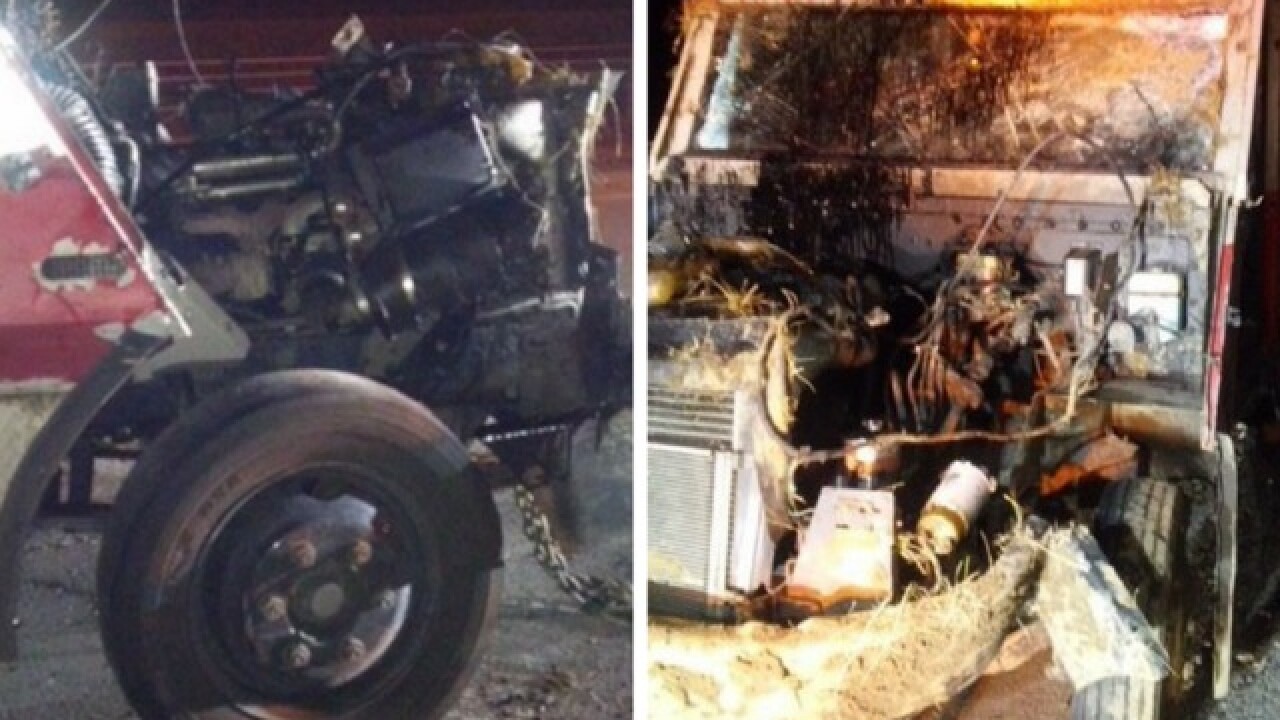 Copyright 2018 Scripps Media, Inc. All rights reserved. This material may not be published, broadcast, rewritten, or redistributed.
<p>An armoured truck crashed on an interstate on Saturday morning. (WRTV)</p>

ANDERSON, Ind. -- An armored truck spilled money on the interstate after it hit several potholes on I-69 early Saturday morning and crashed into a ditch.

The crash happened near Anderson around 1 a.m. local time.

The Garda armored delivery truck driver told the deputies with the Madison County Sheriff's Office that he hit several potholes which caused him to lose control of the vehicle and he overcorrected, hitting a guardrail and sliding into a ditch.

The rolled several times before it landed on its side.

Deputies say some money was on the road after the crash but most of it remained secured in the armored delivery vehicle.

The driver and his passenger were treated for minor injuries on the scene.

The armored truck delivery company sent another truck to the scene to recover the money and the truck.