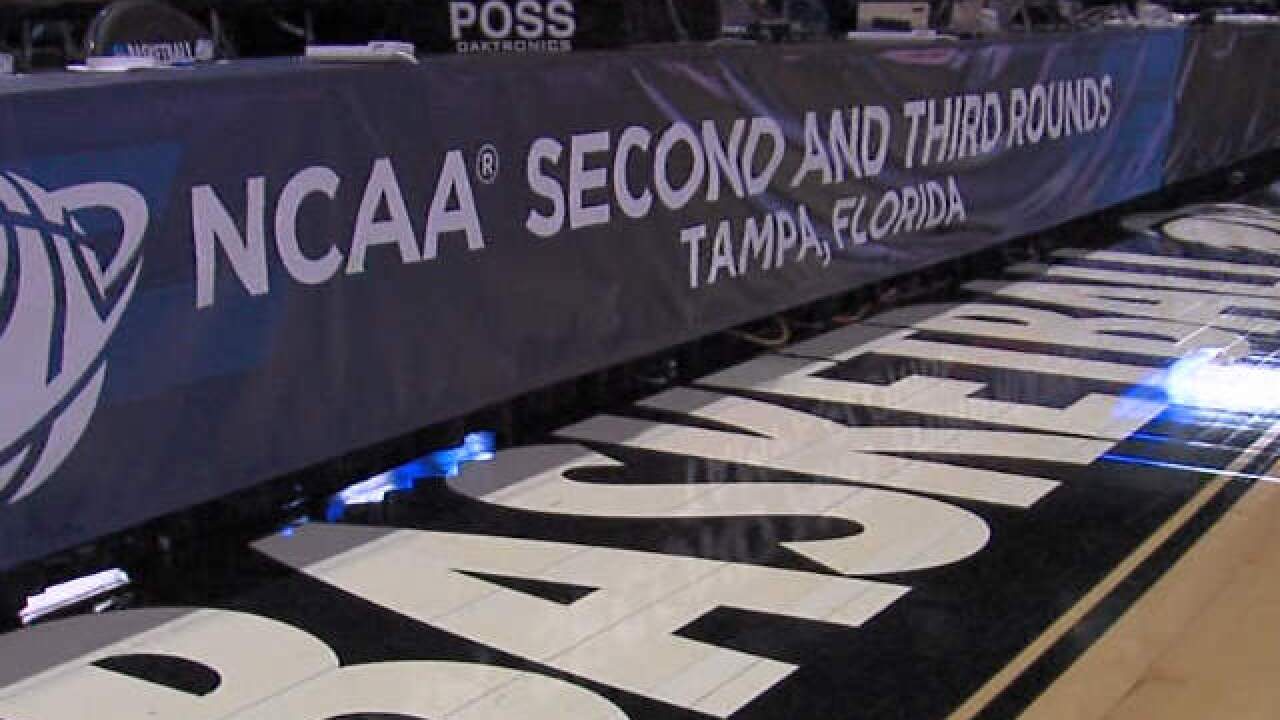 At least one-third of the Power Five conference schools are not punishing athletes as harshly as they were 10 years ago for testing positive for marijuana and other so-called recreational drugs, according to an investigation by The Associated Press.

The NCAA last year cut in half the penalty for athletes who fail screenings for substances like marijuana at its championship events, and its chief medical officer is pushing for college sports' governing body to get out of the business of testing for rec drugs altogether. The AP found that some of the nation's biggest universities, from Oregon to Auburn, have already eased their punishments as society's views on marijuana use have changed. Marijuana use among U.S. adults has doubled over a decade, according to government surveys, and recreational use is now legal in four states.

The AP analyzed policies for 57 of the 65 schools in the Southeastern, Atlantic Coast, Big 12, Big Ten and Pac-12 conferences, plus Notre Dame.

Of the 57 schools, 23 since 2005 have either reduced penalties or allowed an athlete to test positive more times before being suspended or dismissed. Ten schools have separate, less stringent policies addressing only marijuana infractions.

In the Pac-12, five schools do not suspend athletes for as long as they once did. At Utah, for example, a third failed test used to mean dismissal; now it's a half-season suspension.

"It's a moving target, and we have to find that balance between being too punitive and not punitive enough, and making sure that we help people that have a problem," Utah athletic director Chris Hill said.

Recreational use of pot is allowed for adults in Oregon and Washington but is against the rules at Pac-12 schools in those states. At Oregon, an athlete doesn't lose playing time until a third failed test; at Oregon State, a third failed test used to mean dismissal, but athletes are now given one more chance.

At Washington, a third failed test used to be a one-year suspension but is now just 30 days.

Northwestern, Penn State, Pittsburgh, Southern California, Syracuse, Vanderbilt and Wake Forest did not provide copies of their drug policies despite repeated requests, citing privacy laws. Stanford does not test its athletes. Illinois has a separate pot policy that has become more strict but isn't as punitive as its policy for drugs like cocaine or heroin.

The Big Ten and Big 12 are the only Power Five conferences that do their own testing in addition to the testing done by the schools and NCAA. Those two conferences punish athletes who test positive for performance-enhancing drugs. The Big 12 is the only conference that screens for recreational drugs, but it does not sanction athletes who test positive. Instead, the Big 12 notifies the school of a positive test and leaves any discipline to the school.

Alcohol remains by far the most abused substance on college campuses, with marijuana ranking second. In the most recent NCAA survey of athletes (2013), 70.9 percent of Division I football players acknowledged using alcohol in the previous 12 months and 19.3 percent acknowledged using marijuana or synthetic marijuana. In men's basketball, reported use was 58.1 percent for alcohol and 11.3 percent for marijuana/synthetic marijuana.

While schools come down hard on athletes caught using performance-enhancing drugs — a first positive test typically results in a one-year suspension — they are much less punitive for marijuana and other so-called street drugs.

Athletes who test positive a first time typically receive counseling but lose no playing time. Also, athletes who come forward and acknowledge drug use before they are tested are offered help under "safe harbor" programs. Second positive tests typically result in some lost playing time. Suspensions generally start kicking in after a second positive, though Kansas, Mississippi, Purdue and Oregon don't mandate a suspension until a third offense.

Football coach Mike Riley, in his first year at Nebraska after 14 years coaching at Oregon State, said he becomes suspicious marijuana is being used when he notices a player who misses or is late for meetings or is not fully engaged on and off the field.

"Through my years in coaching, I can almost pick out the guys who have a marijuana problem," Riley said. "You give me three weeks with a team and, if you've got five guys, I could get three or four of them."

Former Nebraska defensive end Randy Gregory failed a marijuana test at the NFL scouting combine last February and later publicly acknowledged his use in college. Once considered a high first-round draft pick, he wasn't selected until late in the second round by Dallas.

Gregory said he and his Nebraska teammates didn't worry a lot about being tested. Nebraska, under a policy effective since September 2014, suspends an athlete for 10 percent of his or her sport's season after a second failed drug test and 20 percent after a third failed test. A fourth failed test results in dismissal. The previous policy, in place when Gregory initially enrolled, didn't take away playing time until a third failed test.

"I'm not saying that we were kind of like invincible," said Gregory, who played under former Huskers coach Bo Pelini. "But they don't make it a big deal. ... They didn't really test you unless you had failed one and then after that, they test you weekly almost."

In addition to school testing for a wide range of drugs, Gregory and his teammates were subject to random screening for PEDs by the Big Ten and NCAA.

"Did I know folks that were abusing it? Yeah, on different ends of the spectrum. I think you know what I mean, smoking and other performance-enhancing drugs," Gregory said. "Sometimes guys get lucky. The Big Ten comes in, we're testing steroids, might be a guy on steroids but he may say, 'You know what, I don't think I'll be one of the 12 guys that they're testing out of the 100-and-how-many guys we have on the team.' And they'll get lucky and not get tested. It's kind of hit or miss, I think."

The NCAA has been testing for marijuana and other street drugs at championship events since the 1980s. The NCAA suspends athletes for a full season for a failed PED test. Starting in August 2014, however, the penalty for failing an NCAA street-drug test was reduced from a suspension of one full season to a half season.

NCAA medical chief Dr. Brian Hainline said his organization should concentrate on busting athletes who use PEDs and leave it to the schools to deal with the rest, preferably through treatment rather than punishment.

"The most important thing that I can't emphasize enough is that as a society, we have to make a clear distinction between recreational drug use and cheating," Hainline said. "I really believe that they require two different approaches. One is more nuanced, and one is hard core."

What about marijuana being against the law in most states?

"If we're going to test at championship events for things that are illegal, then we shouldn't just test for pot," Hainline said. "If there are any kids under the age of 18 smoking cigarettes, we should test for that. We certainly should be testing for alcohol for everyone under the age of 21. Then we ask ourselves, 'Where does the moral authority stop?' I'm all for moral authority as long as there is a philosophical consistency to it."