Another Democratic incumbent upset by primary challenger -- this time in Massachusetts 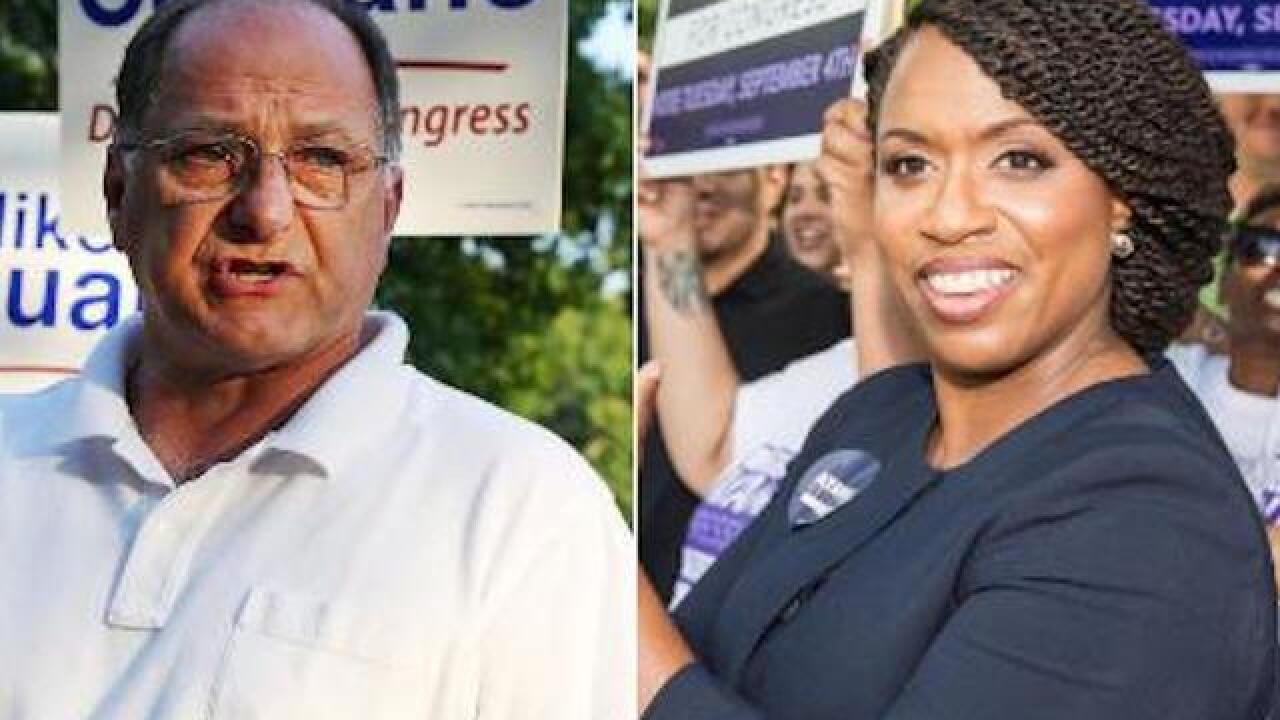 Democratic Rep. Mike Capuano has conceded defeat to Boston city councilor Ayanna Pressley in the Massachusetts primary for his US House seat Tuesday, the latest upset to rock the Democratic Party and showcase a restive base eager for change.

In his concession speech, Capuano said the district was clearly upset with the status quo and that he shared those feelings.

"I will tell you, I'm sorry it didn't work out but this is life and this is OK. America is going to be OK," Capuano said, adding, "Ayanna Pressley is going to be a good congresswoman and Massachusetts will be well served."

Unlike Ocasio-Cortez, Pressley did not argue that Capuano was too moderate. In fact, she said, the two would vote the same way. Instead, the 44-year-old Pressley -- already a rising star in Democratic politics -- cast the race as about Democrats' need for a new, more assertive style in the Donald Trump era.

Ocasio-Cortez tweeted her support for Pressley on Tuesday night, writing "Congratulations to my sister in service, @AyannaPressley, on continuing her historic path into Congress tonight."

Pressley is now poised to become the only black member of Massachusetts' mostly male congressional delegation.

She'd argued on the campaign trail that systemic inequalities had worsened in a district that was once represented by John F. Kennedy and where the majority of voters are nonwhite.

"It's about who I listen to and it's about who I govern with. And there are a lot of people in this district who feel left out and left behind and ignored -- and it's not just women, it's not just people of color," Pressley told CNN in a recent interview. "It runs the gamut. And I think after a generation, the district deserves a choice."

The race was just one of a slate of contested primaries in Massachusetts on Tuesday. Democratic Sen. Elizabeth Warren and Republican Gov. Charlie Baker -- both heavily favored to win re-election -- both got general election opponents.

The race focused on Massachusetts' voting laws: Galvin highlighted changes that modernized the laws early in his tenure. But those laws now lag Democrats' preference nationally for same-day and automatic voter registration -- which Zakim has pushed. Galvin has since endorsed those changes, too -- but Zakim has cast him as being slow to do so.

Zakim had influential supporters, including Boston Mayor Marty Walsh and US Rep. Seth Moulton. Zakim also picked up the Massachusetts Democratic Party's official endorsement. But Galvin, a well-known figure who has previously been the leading statewide vote-getter, coasted on Tuesday.