Angels' pitcher Matt Shoemaker leaves after being hit by baseball 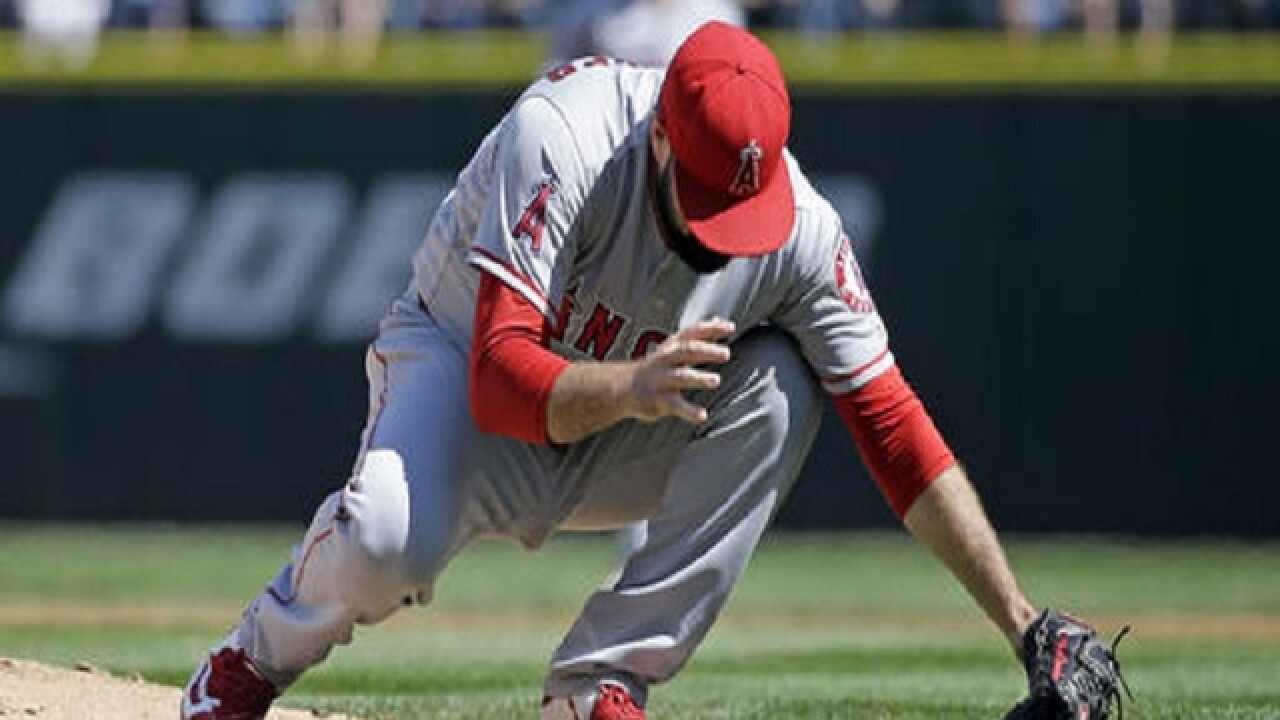 SEATTLE (AP) — Los Angeles Angels pitcher Matt Shoemaker left Sunday's game against the Seattle Mariners after being hit in the head by a line drive off the bat of Kyle Seager.
Shoemaker was hit on the right side of his head with one out in the second inning. Seager's liner had an exit velocity of 105 mph according to MLB Statcast. Shoemaker was able to turn his head slightly to avoid a direct blow to his face but was unable to get his mitt up in time.

The ball off the bat of Kyle Seager was 105 MPH. Hit Matt Shoemaker right in the side of the head. pic.twitter.com/UYyHM8L1mx

The Angels announced that Shoemaker suffered a laceration on the right side of his head, but was alert and responsive. He was being taken to a local hospital for a CT scan.
Shoemaker immediately went to the ground as trainers rushed to the field. He was down for several minutes being tended to and was bleeding from the spot where he was hit. Teammates knelt around the mound and Seager anxiously watched from first base. Shoemaker never appeared to lose consciousness.
Shoemaker eventually walked off the field with trainers on either side. He was replaced by Deolis Guerra.
Copyright 2016 The Associated Press. All rights reserved. This material may not be published, broadcast, rewritten or redistributed.