After what appeared to be a coveted chance to evacuate China, an American mother and daughter remain stranded in Wuhan — the origin city of the coronavirus outbreak.

On Tuesday, the State Department confirmed that a government-chartered plane carrying more than 200 Americans departed early Wednesday morning. The plane departed hours after the CDC issued expanded a Level 3 travel advisory to all of China amid the outbreak, advising citizens to avoid all non-essential travel to the country.

James Dickey, who lives in Wuhan, says his ex-wife and daughter were two of the lucky people who were granted what may be one of the last flights out of the country for some time. With most seats on the flight reserved for consulate staff members, James was elated that his ex-wife Priscilla and daughter Hermione were able to get a ticket. Their evacuation was documented by NBC News for the Today Show Tuesday morning.

Breaking overnight: A group of Americans are being evacuated out of China, where the death toll tied to the mysterious outbreak of coronavirus has topped 100.

This morning, more than 100 people in the U.S. are being monitored for potential cases, @janisfrayer reports. pic.twitter.com/o45C6poksz

But when they arrived at the airport, Priscilla and Hermione learned they would not be able to board the flight. In the haste of the evacuation, the Dickeys had misplaced Hermione's American passport.

Media outlets and family faxed pertinent identification information to the airport. James Dickey even eventually found his daughter's lost passport. But after several hours, the Dickeys were told they would not be allowed to board the plane. Priscilla Dickey and Hermione were forced back to Wuhan.

As for James and thousands of other U.S. citizens living in China, there's a sense of fear and limited resources. The streets are empty, and travel is limited. The U.S. Consulate is now mostly empty following the departure of Wednesday's flight. 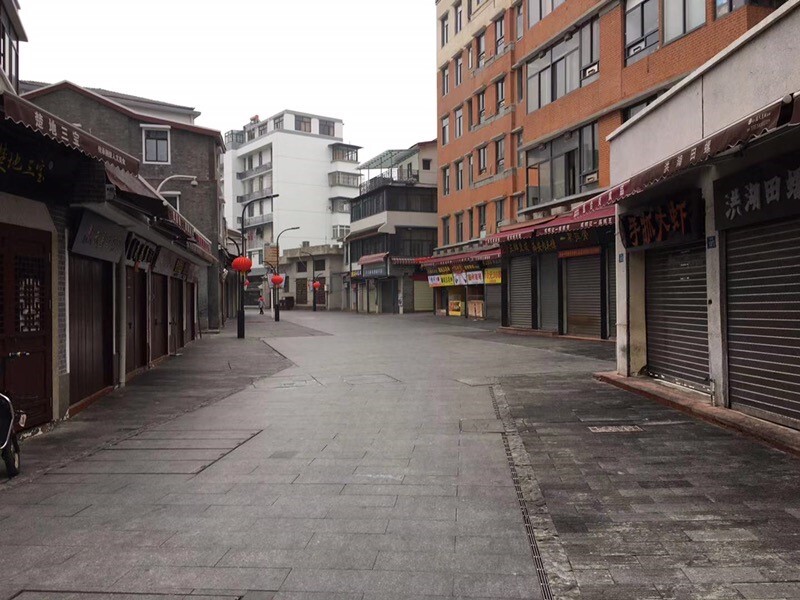 This story was originally published by Melissa Ratliff on WLEX in Lexington, Kentucky.