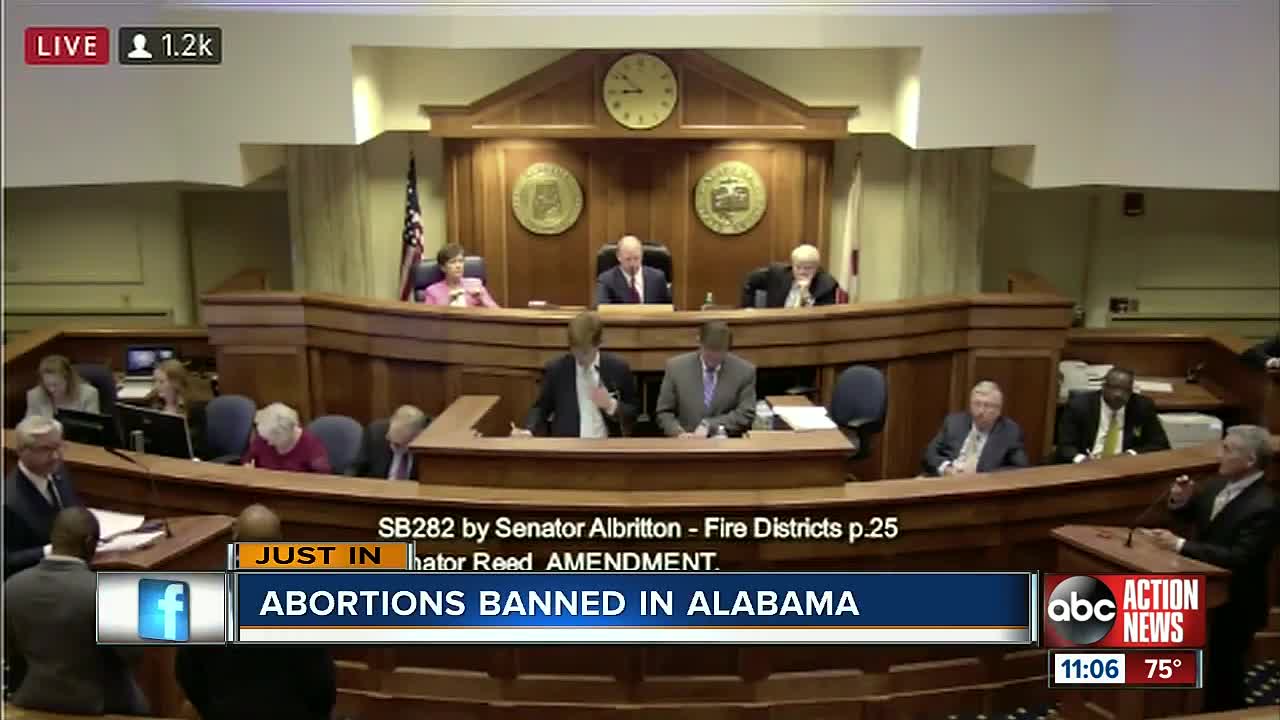 If signed into law, it would be the most stringent abortion restriction in the country. 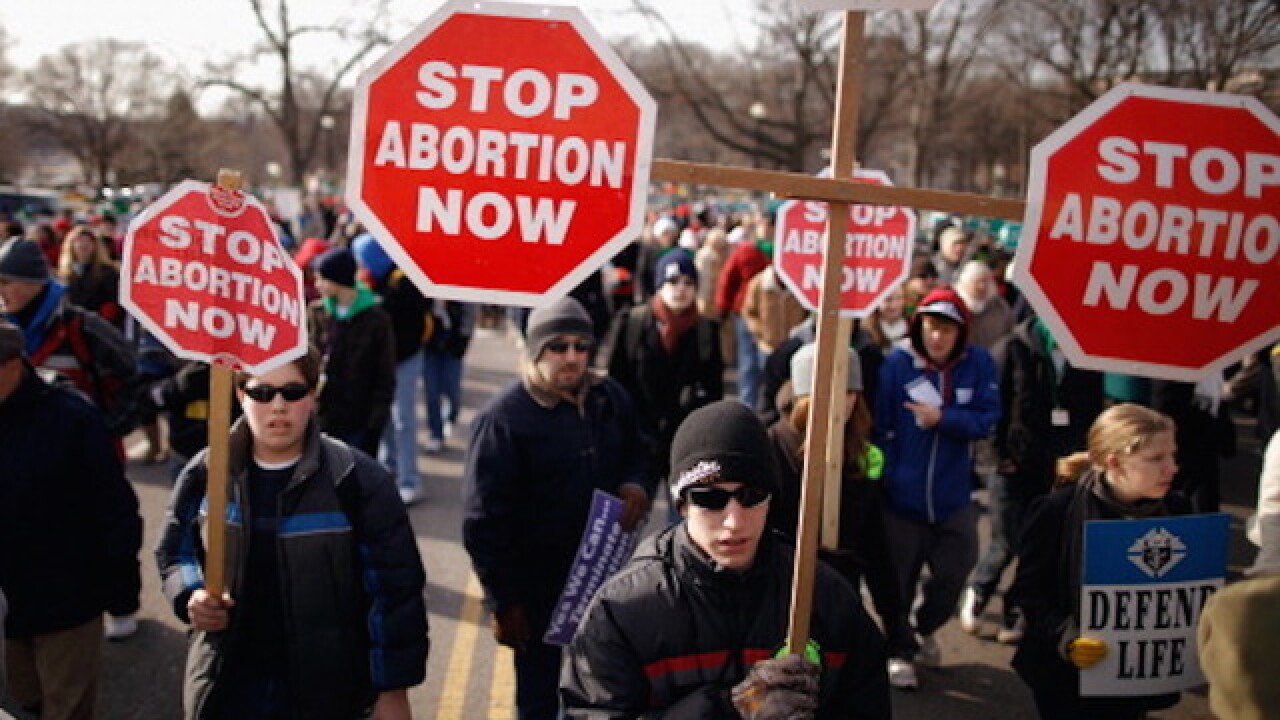 MONTGOMERY, Ala. (AP) — Alabama is close to approving a near total ban on abortion after the state Senate passed a measure that would make performing an abortion at any stage of pregnancy a felony.

If signed into law, it would be the most stringent abortion restriction in the country.

"Our bill says that baby in the womb is a person," said Republican Rep. Terri Collins, the bill's sponsor.

State senators voted 25-6 for the bill that had overwhelmingly cleared the House of Representatives earlier this month. The legislation now goes to Gov. Kay Ivey, who will decide whether to sign the bill into law.

Ivey has not publically said whether she will sign the bill if it's approved by lawmakers.

"The governor intends to withhold comment until it makes its way to her desk for signature," deputy press secretary Lori Jhons wrote in an email prior to Tuesday night's vote.

Emboldened by conservative justices who have joined the Supreme Court, abortion opponents in several states are seeking to spark a legal challenge they hope could cause the court to revisit Roe v. Wade, the 1973 decision that legalized abortion nationwide. Kentucky, Mississippi, Ohio and Georgia recently have approved bans on abortion once a fetal heartbeat is detected, which can occur in about the sixth week of pregnancy.

The Alabama bill, which was approved by the House of Representatives 74-3 two weeks ago, goes further by seeking to outlaw abortion outright.

The bill would make performing an abortion at any stage of pregnancy a felony punishable by up to 99 years in prison. The only exception would be when the pregnancy endangers the woman's health.

There would be no punishment for the woman receiving the abortion, only for the abortion provider.

Critics have promised a swift lawsuit to challenge the abortion ban if enacted, and people on both sides of the debate say they expect lower courts to block the measure from taking effect.

"We are already preparing a complaint," said Randall Marshall, executive director of the American Civil Liberties Union of Alabama.