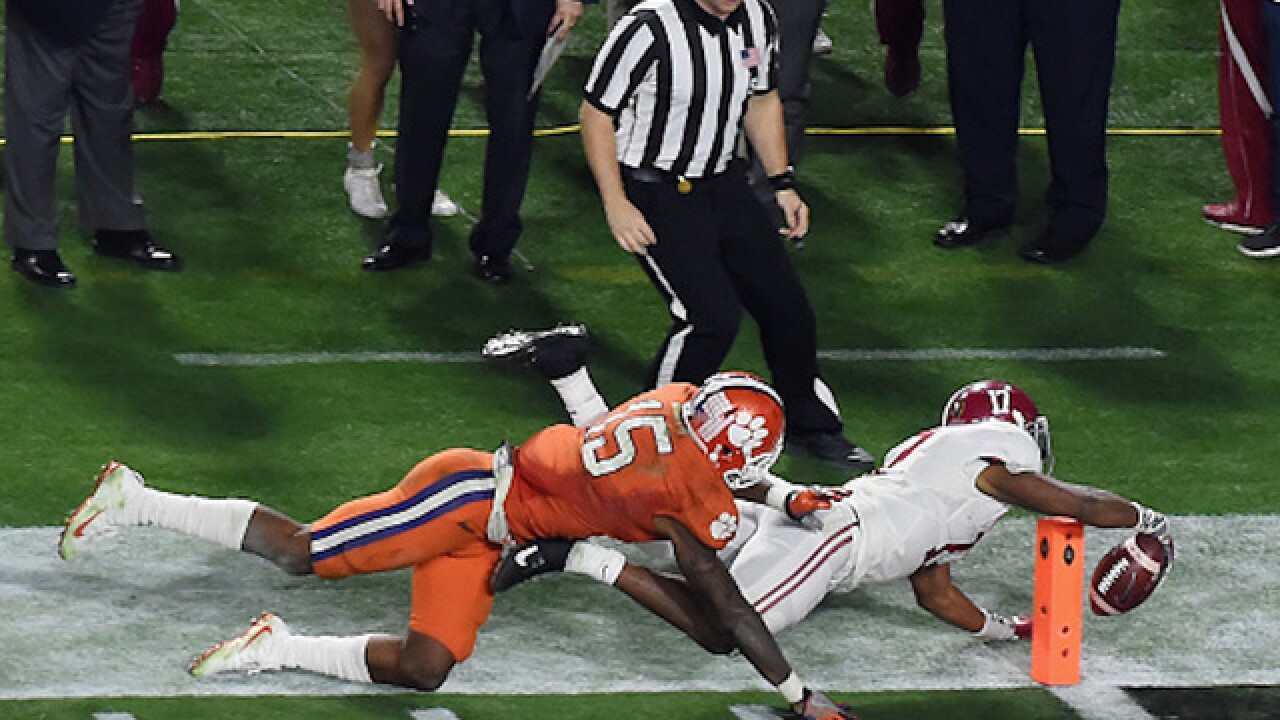 Norm Hall
<p>GLENDALE, AZ - JANUARY 11: Kenyan Drake #17 of the Alabama Crimson Tide scores on a punt return for a 95 yards touchdown in the fourth quarter against the Clemson Tigers during the 2016 College Football Playoff National Championship Game at University of Phoenix Stadium on January 11, 2016 in Glendale, Arizona. (Photo by Norm Hall/Getty Images)</p>

Alabama does it again, and the dynasty is as good as ever.

A daring on-side kick turned the tide in Alabama's favor and touched off a second-half scoring explosion and the Crimson Tide beat Clemson 45-40 in the national championship on Monday night.

The thrill-a-minute game in the desert delivered a dazzling display of touchdowns, including two long pass plays from Jake Coker to O.J. Howard.

The victory gives Alabama (14-1) its fourth national title in seven years, an incredible run under coach Nick Saban. Clemson (14-1) came into the game ranked No. 1 with a perfect record.

Derrick Henry carried 36 times for 158 yards and three TDs, a 50-yarder and a pair of 1-yard runs. His final score came with 1:21 left following a 63-yard Coker-to-Howard pass play.

Howard had five catches for 208 yards.