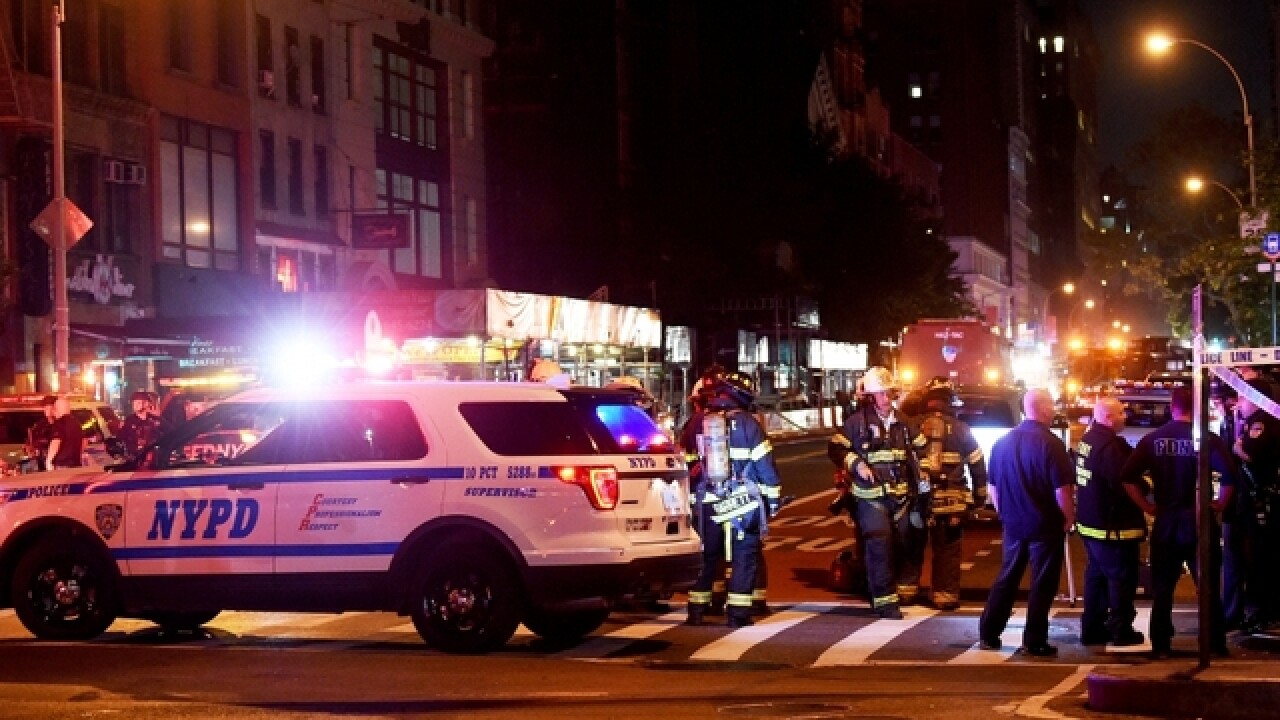 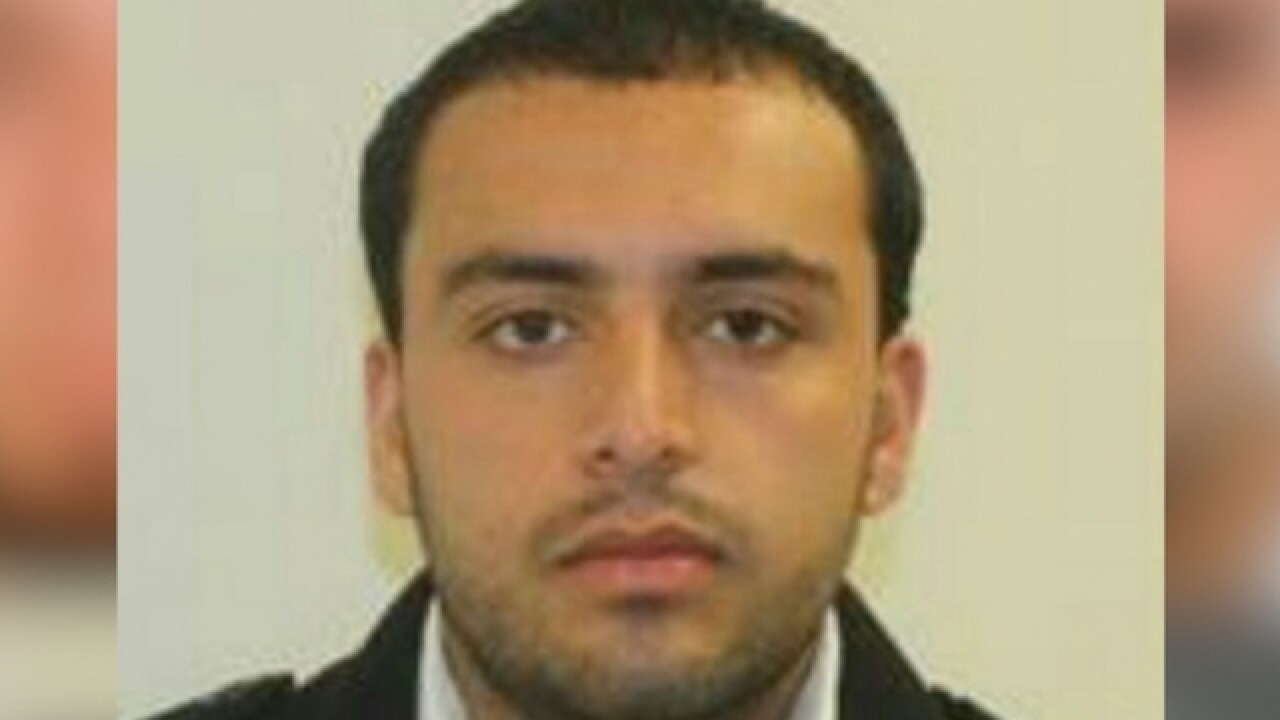 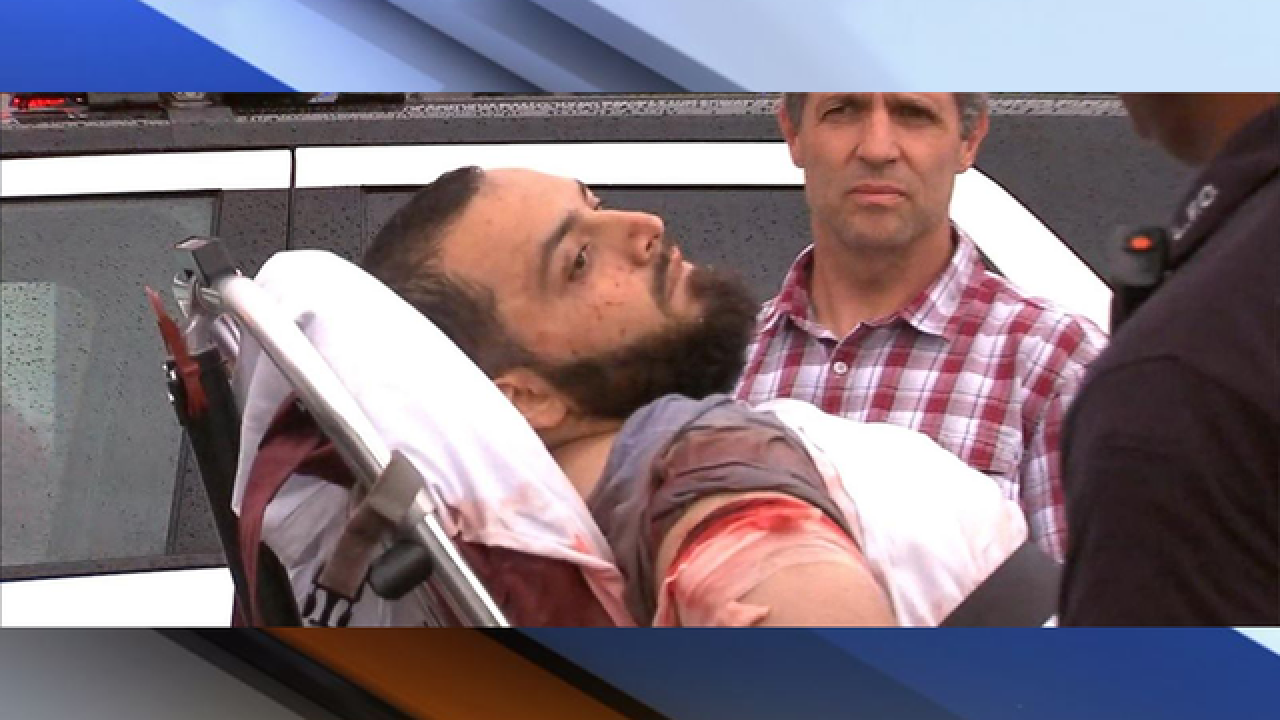 New Jersey State Police said this morning that they were looking to question Rahami in connection with the Saturday morning explosion in Seaside Park, New Jersey.

A suspect believed to be Ahmad Khan Rahami, earlier named as a "person of interest" in the New York City and New Jersey bombings, was taken into custody this morning after a shootout with police in New Jersey, according to law enforcement sources.

Sources said Rahami was taken into custody in Linden, New Jersey, about 4 miles south of Elizabeth, after being injured in the altercation. A responding officer was shot in the vest and an officer sitting in a car was hit by a bullet fragment, officials said.

Rahami was taken to the hospital. The extent of his injuries was not immediately clear.

The confrontation happened at about 10:30 a.m., when an owner of a Linden bar reported that someone was sleeping in a hallway of his establishment, Linden Mayor Derek Armstead told ABC New York station WABC.

"One of our police officers went to investigate and to wake him up, and realized that he was [Rahami], the suspect that had been being sought in the bombings," the mayor told WABC. "He realized it was the suspect and, within moments, the suspect fired on him. And thank God that he had his vest on. And I think that was very helpful for him. I think that saved his life."

Sources say that federal prosecutors have drafted charges against Rahami.

An alert sent shortly before 8 a.m. today says police were seeking a man in connection with the Saturday night bombing in New York City, identified by authorities as 28-year-old Rahami. He is believed to be the man seen in surveillance video at both the scene of the explosion on Manhattan’s West 23th Street and the scene on West 27th Street where the unexploded device was found, a police source said.

His last known address was in Elizabeth, New Jersey. The address of a home searched by FBI agents in Elizabeth this morning is linked to a person with a similar name. Rahami is a U.S. citizen of Afghan descent.

The bomb devices -- one exploding in an oceanfront town on the New Jersey shore, one in Manhattan then another in Elizabeth, a town bordering Newark International Airport just beyond New York City's borders -- have put residents, police and security personnel on high alert. The explosions did not cause any fatalities but the Chelsea explosion injured 29 people.

New York City Mayor Bill de Blasio, while speaking on “Good Morning America” today, praised the NYPD's response to the threat, and said the department had "the largest anti-terror force of any police force in the country."

The latest incident was Sunday night in Elizabeth, New Jersey, about 15 miles southwest of the Chelsea neighborhood in Manhattan. Police recovered five possible homemade pipe bombs in a backpack and one device exploded early today as a police robot attempted to disarm it. The FBI's Newark office tweeted that its bomb technicians had responded to the scene, along with investigators from Union County and the State Police of New Jersey.

No one was injured. Elizabeth directly borders Newark Airport, one of the busiest airports in the country, and sits across a narrow body of water from the New York City border.

Amtrak shut down service on its Northeast corridor between New York and Trenton, New Jersey, because of the police activity.

NEC and NJCL service will resume regular weekday service starting at 5:30 a.m. Customers are advised to plan for delays.

Hours prior to the incident in Elizabeth, officials announced the detention of up to five individuals in connection with Saturday night's explosion in the Manhattan neighborhood of Chelsea that injured 29. The FBI's New York field office confirmed a traffic stop had been conducted, but added that no charges had been made.

The individuals were taken to an FBI building in lower Manhattan to be questioned, The Associated Press reported.

The Manhattan blast took place on West 23rd Street around 8:30 p.m. Saturday in an area frequented by shoppers and diners. New York Gov. Andrew Cuomo told reports Sunday night there was no evidence of international involvement.

He added, “Yesterday there was no hint of any connection to foreigner terrorism.”

“No group had taken accountability. No group had put out a statement; it was very early in the investigation. It still is early. But there may very well turn out to be a link to foreign terrorist organizations,” he said. “We will find that out today or in the coming days.”

All the injured have been released from hospitals, Mayor de Blasio said.

Our video from @TerriRestaurant at 60 W23 in case it's helpful, @NYPDnews @NYPDCT Has sound. #ChelseaExplosion #nyc pic.twitter.com/AgqCjFoXsO

In the block-by-block search after Saturday's explosion, two former state troopers found a possible secondary device a few blocks away on 27th Street, between Sixth and Seventh avenues, said James O'Neill, the city's police commissioner. The second device, a pressure cooker, was in a white plastic bag with tape, wiring and a cellphone or other electronic device.

The first incident of the weekend was Saturday morning, when an apparent improvised explosive device was set off in Seaside Park, New Jersey, a beach town about 90 miles south of New York City.

The device went off along the route of a planned 5K charity race to benefit U.S. Marines and sailors. Because of delays to the start of the run, the explosion occurred in an area without many people in it.

As the investigations continue, officials in New York City, the nation's largest city, are preparing to host heads of state from around the world at the annual United Nations General Assembly this week in Manhattan. President Obama is among the speakers.