40% of beaches on Hawaii's most populated island could be lost by 2050, study says 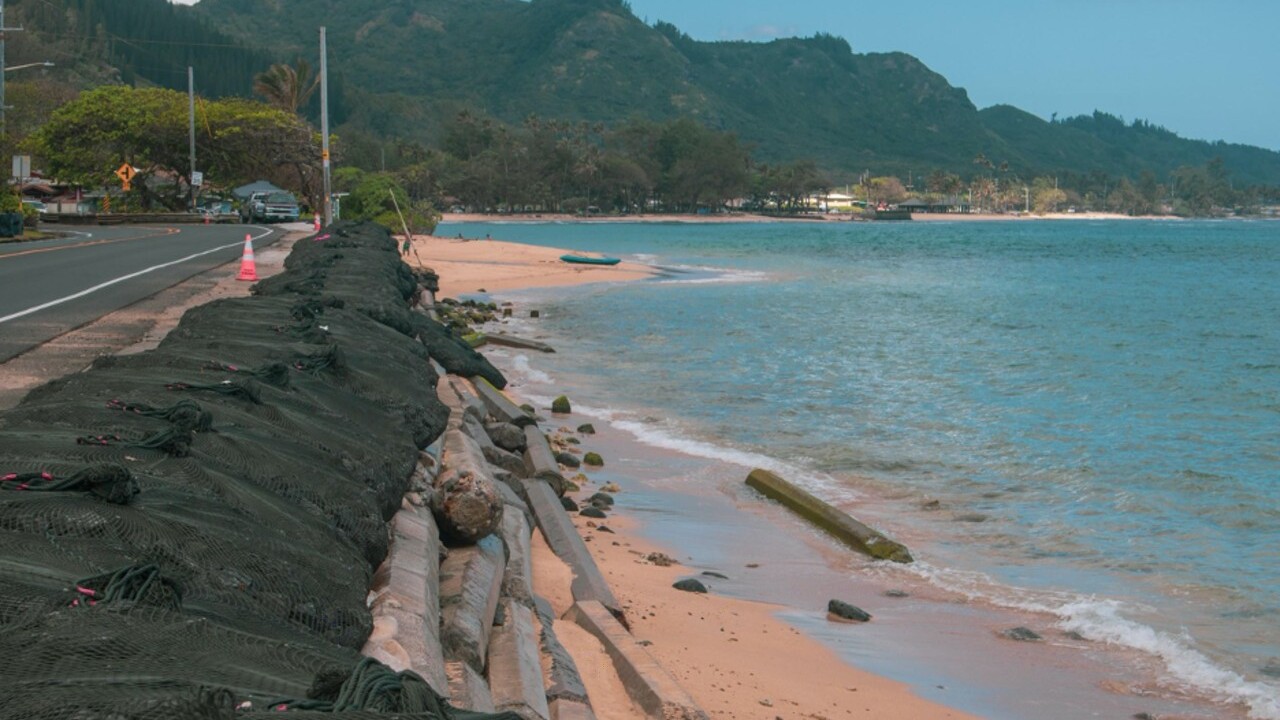 Kammie Tavares
Beachfront road on Oahu that is protected by shoreline hardening, which has led to beach narrowing and loss in this area.

MANOA, Hawaii – As much as 40% of all beaches on Oahu, Hawaii’s most populated island, could be lost by 2050 due to rising sea levels and the current policies to address the threat.

That’s according to a new study from the University of Hawaii’s School of Ocean and Earth Science Technology.

Researchers looked at the risk of shoreline hardening, the construction of seawalls and revetments. They say the process accelerates erosion and interrupts natural beach migration.

Scientists assessed the Oahu shoreline that would be most vulnerable to erosion and identified the location and severity of risk of shoreline hardening and beach loss, and a potential timeline for the increase in erosion hazards.

They found the most threatened properties fall into an “administrative erosion hazard zone,” an area likely to experience erosion hazards and qualify for the emergency permitting process to harden the shoreline.

“By assessing computer models of the beach migration caused by 9.8 inches of sea level rise, an amount with a high probability of occurring before mid-century, we found that emergency permit applications for shoreline hardening to protect beachfront property will substantially increase,” said Kammie Tavares, who led the study.

Co-author Dr. Tiffany Anderson says they’ve determined that almost 30% of all present-day sandy shoreline on Oahu is already hardened and another 3.5% was found to be so threatened that those areas qualify for an emergency permit now.

“Our modeling indicates that, as sea level rises about 10 inches by mid-century, an additional nearly 8% of sandy shoreline will be at risk of hardening—meaning at that point, nearly 40% of Oahu’s sandy beaches could be lost in favor of hardened shorelines,” said Anderson.

Fletcher and her fellow researchers are calling on government agencies to develop creative and socially equitable programs to rescue beachfront owners and free the sandy ecosystem, so that it can migrate towards land as it must in an era of rising seas.

“It is urgent that options are developed soon for beachfront landowners and resource managers to avoid further destructive management decisions,” said Fletcher.

“This research shows that conversations on the future of our beaches and how we will care for them must happen now rather than later, if we are to protect our sandy beaches,” said Tavares.