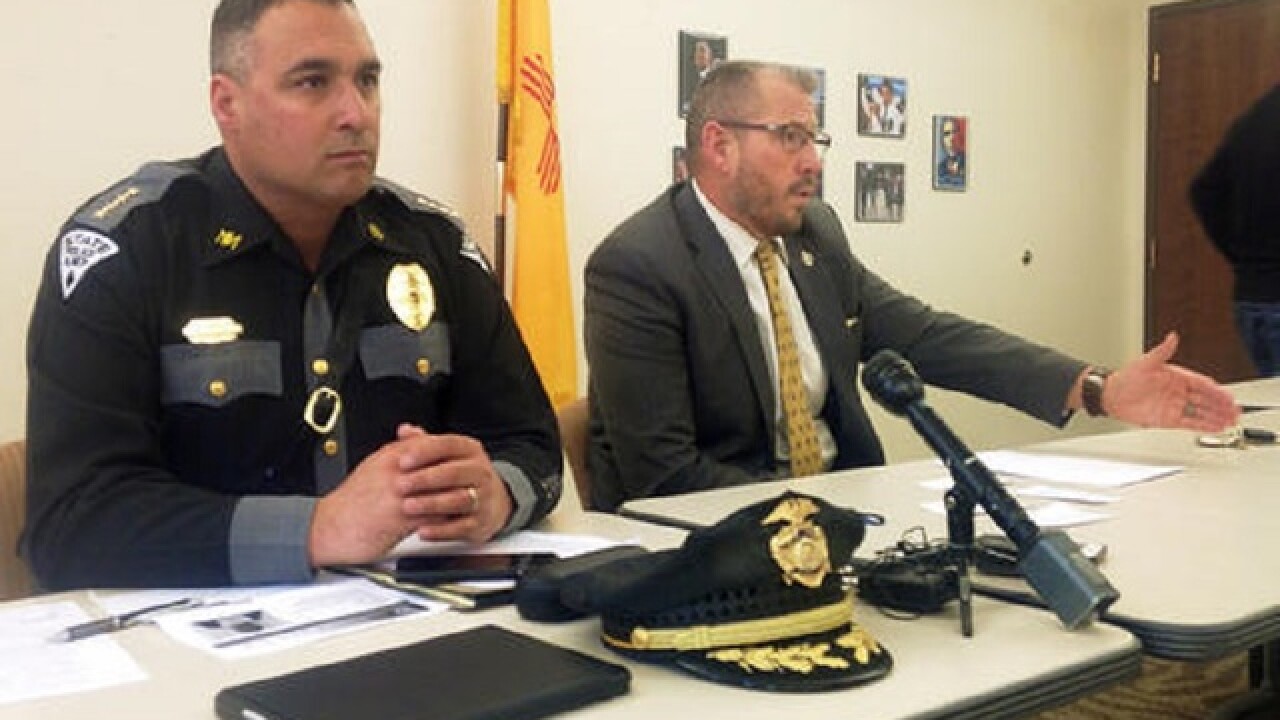 By: Associated Press
Posted at 11:58 PM, Mar 16, 2016
ALBUQUERQUE, N.M. (AP) — Two women have been arrested for allegedly aiding and harboring two escaped convicts last week, New Mexico State police said Wednesday.
Michelle Abeyta, 40, of Albuquerque was booked into jail while Patricia Petrushkin, 51, of Humble, Texas, is facing extradition. Petrushkin was taken into custody at a Houston airport, police said.
It was unclear Wednesday night if either woman had a lawyer.
Abeyta allegedly turned in one of the fugitives after a three-day manhunt launched when Joseph Cruz and Lionel Clah escaped from a fortified prisoner transport van in southeastern New Mexico. Both were taken back into custody last weekend in Albuquerque.
State Police said Abeyta allegedly allowed Clah to stay at her apartment while Petrushkin allegedly harbored Clah and Cruz in her Albuquerque hotel room and gave them money and clothing.
Cruz, 32, has been serving a life sentence for a first-degree murder conviction since 2007 for killing a man over drugs in Raton in northern New Mexico. Clah, 29, was serving time for armed robbery and other crimes.
Cruz and Clah were being taken from the state penitentiary in Santa Fe to the southern region of the state when they fled the prison van during a fuel stop in the small desert town of Artesia around 8:30 p.m. on March 9.
Authorities discovered the men were missing around four hours later.
Investigators said they believe the men picked their handcuffs, but it's still not known how they broke free from their leg irons, ditched their white prison jumpsuits and changed clothes, and got a ride headed north to Albuquerque, a roughly three-hour drive. The two made it to an Albuquerque hotel by 2:30 a.m.
Cruz was taken into custody in Albuquerque after a brief foot chase Friday evening, while Clah surrendered to police Saturday at an Albuquerque apartment.
Two unidentified guards were placed on administrative leave pending the outcome of the investigation into the escape, state corrections officials said.
Associated Press 2016