18-year-old wins $1,000 a week for life with her first-ever lottery ticket 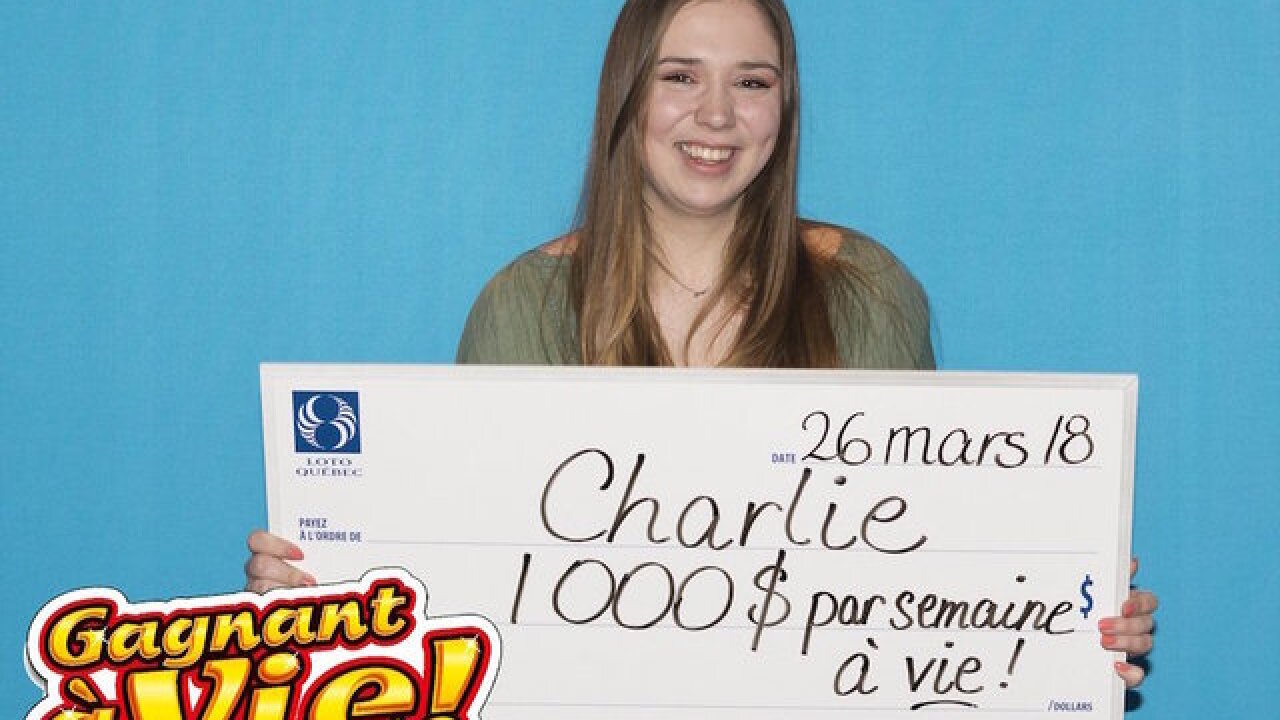 On her 18th birthday, Charlie Lagarde bought a celebratory bottle of sparkling wine and her first-ever lottery ticket at a Quebec convenience store.

It turns out the Gagnant à vie scratch-off she bought was worth a million dollars. Instead of the lump sum, she chose the annuity option and will receive $1,000 every week for the rest of her life.

It was the first time Legarde had ever played the lottery, officials at Loto Quebec said. That's because a person has to be 18 to play in Quebec.

She plans to spend prize money on traveling and exploring her passion for photography.

"She's so sweet, down to earth, grounded," lottery spokesman Brian Lecompte told CNN. " She loves to travel. So she bought herself a really nice camera."