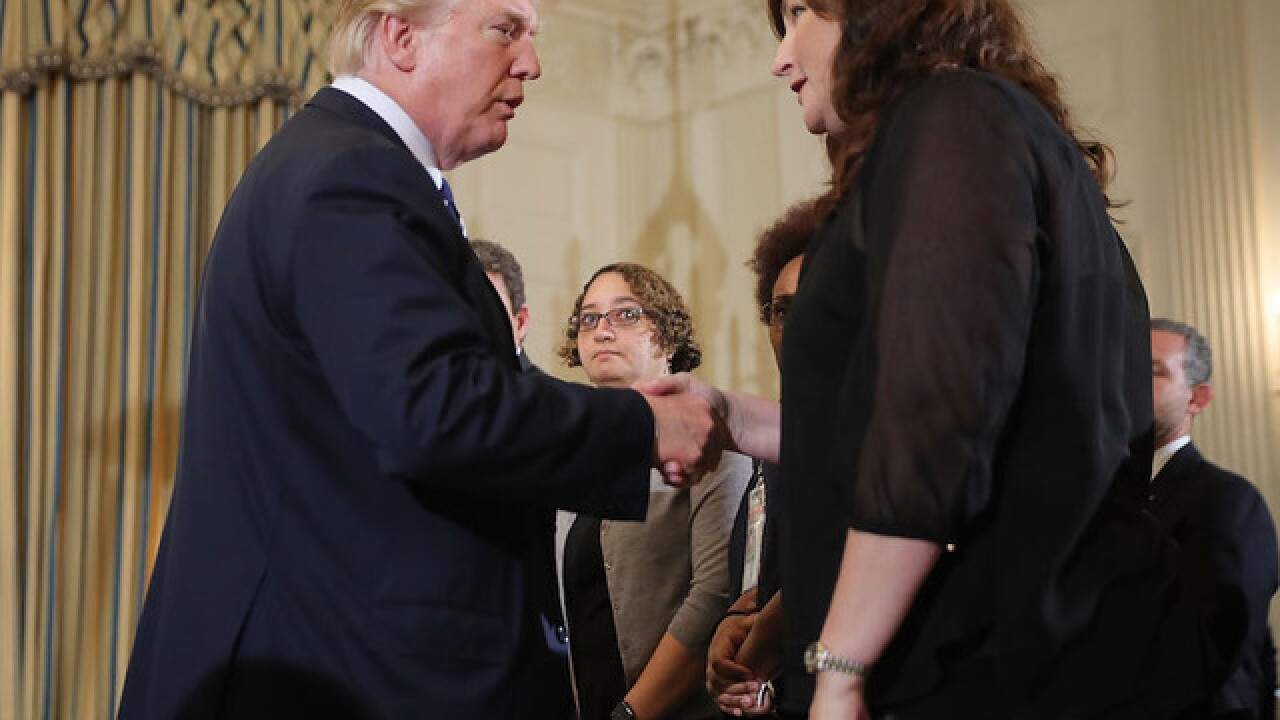 President Donald Trump declared on Thursday he was considering withdrawing Immigration and Customs Enforcement agents from California as punishment for what he claimed was a "lousy management job" in patrolling illegal immigration.

"You know what, I'm thinking about doing it," Trump said at a roundtable with state and local officials to address ideas to stop gun violence in the wake of the Parkland school massacre. His comments came after he decried the state of law enforcement in the Golden State.

"We're getting no help from the state of California. Frankly, if I pulled our people from California, you would have a crime nest like you've never seen in California. All I'd have to do is say 'ICE, Border Patrol, leave California alone,'" he said during a listening session at the White House.

"You would see crime like nobody has ever seen crime in this country. And yet we get no help from the state of California. They are doing a lousy management job," he went on to say. "They have the highest taxes in the nation. And they don't know what's happening out there. Frankly it's a disgrace."