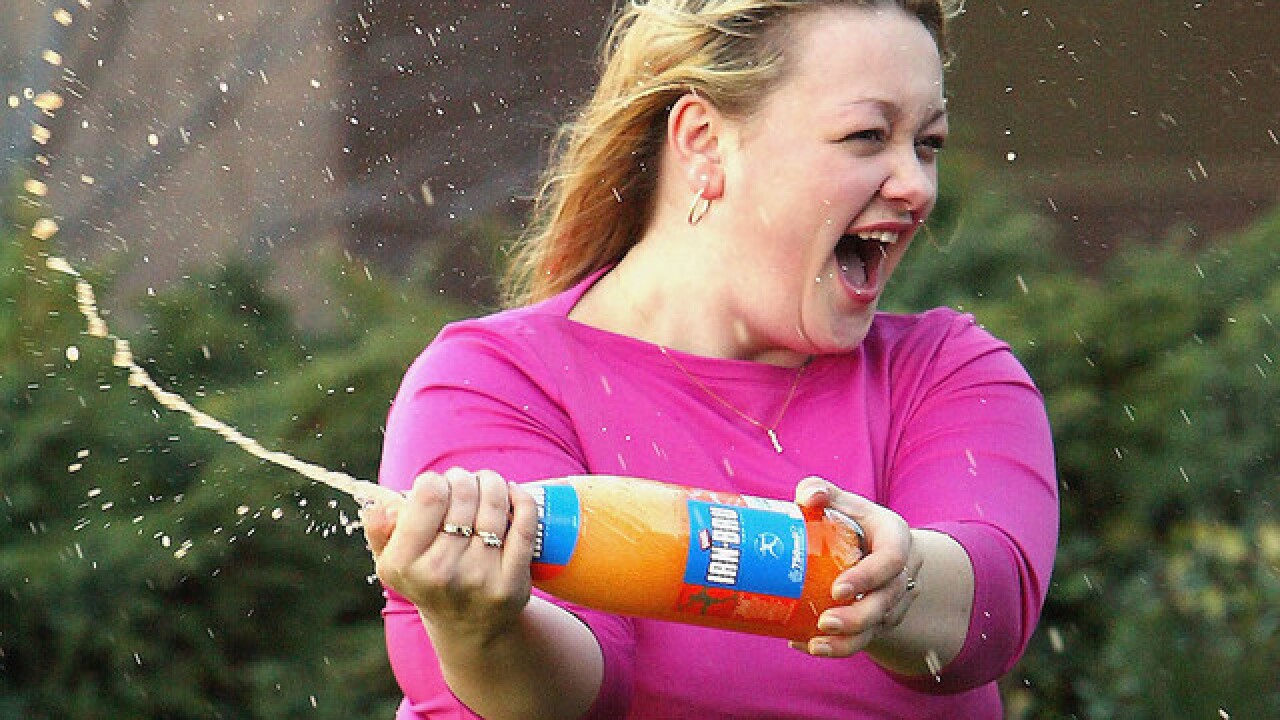 It is the best-selling soft drink in Scotland, often referred to as the country's "other national drink," so it should perhaps come as no surprise that the banning of Irn-Bru from a luxury golf resort owned by Donald Trump has caused many Scots to see, erm, orange.

Reports that Trump Turnberry in Ayrshire has removed the bright orange fizzy drink, which is more popular than Coca-Cola in Scotland, from sale over fears that the beverage could permanently stain the resort's expensive carpets has been a trending topic in the United Kingdom on Twitter.

The ban apparently came to light after a request by guests for Scotland's favorite non-alcoholic beverage to be supplied at an event was refused.

As part of the five-star resort's £200 million ($271 million) upgrade, hundreds of thousands of pounds was reportedly spent on carpets.

Ralph Porciani, Turnberry's general manager, told the Ayrshire Post: "We can't have it staining when to replace the ballroom carpet would be £500,000 ($678,800) alone.

"We have villas here with Irn-Bru stains in the carpets which I can't let."

National newspaper The Scotsman published an editorial on the subject entitled "An unfortunate stain on Trump's reputation."

"The resort may have ballroom carpets to protect but surely the stain on Trump's reputation from this ill-considered decision is much, much worse," the newspaper wrote.

On Twitter, Edward MacKenzie said: "This time he really has gone too far!" while Occasionally Odd tweeted: "Why don't they just make all the carpets #irnbru coloured?" and Simon MacMichael said: "The President of the United States has just declared war on Scotland."

When contacted by CNN, Trump Turnberry did not have anyone available for comment, saying that Porciani was "too busy to provide comments on this." AG Barr, the makers of the drink, has also declined to comment on the ban.

According to Irn-Bru, the equivalent of 20 cans of its drink, which was first produced in 1901, is sold every second.

So popular is the drink in Scotland that fans stockpiled cans in anticipation of the UK government's introduction of a sugar tax on soft drinks last month which forced a change in recipe that cut the sugar by almost half.

Last year social media fizzed when Barack Obama was given a sugar-free version of the beverage on his first visit to Scotland, while in 2014 Canada banned Irn-Bru -- and other well-known British products such as Marmite and Ovaltine -- because it contained unapproved ingredients.

It is not the first time that Trump, whose mother was born on the island of Lewis, has irked the Scots, with the US President accused of breaking promises and ruining Scottish dunes with his Aberdeenshire golf course.

Last year, members of the UK Parliament debated a motion to stop the billionaire from making an official state visit to the country after more than 1.8 million people signed a petition calling for the trip to be downgraded in the wake of Trump's proposal to ban citizens of some predominantly Muslim countries from entering the United States.

Trump is set to visit Britain in July, though not on a full-blown state visit, and is expected to meet Queen Elizabeth II, but it is not clear yet what beverage will be served up for the occasion.