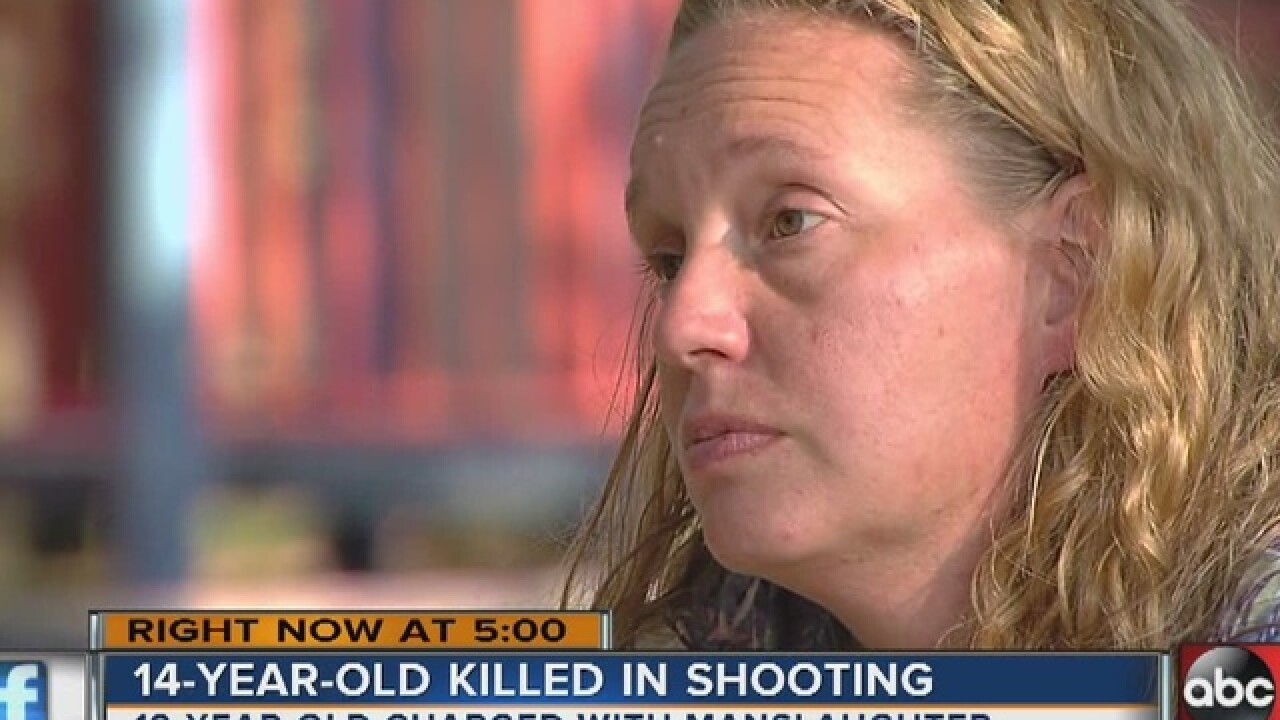 A Tampa family is mourning the loss of a 14-year-old shot by his friend. That friend has been arrested and charged with manslaughter.

Angela Grey is still reliving the moments that unfolded in her driveway Saturday night when a man shot and killed her son, Stephenn Santiago-Grey, as he stood beside a car. After she heard the shot, she came running to his side.

"I gave him a kiss. Told him I loved him as he was taking his last breath," said Grey.

Grey's daughter was sitting in the passenger's seat of the car. Her boyfriend, Jose Cruz, was in the driver's seat.

Cruz claims he was joking with his friend when he took out his gun, thinking it was unloaded, and pulled the trigger.

Grey said it was no joke. She knew Cruz had guns, and had asked him not to bring them to her home in the past.

She calls what happened a freak, irresponsible accident that could've cost two lives.

"He did not have enough knowledge about gun history to be holding on a gun. He could've shot my daughter, along with my son," said Grey.

Cruz, who many call Babbo, said he is overcome with guilt that his actions cost his friend's life and says he tried everything to help after the gun went off.

"I put my shirt on him, tried to stop the bleeding. All I could do was scream, tell him I love him," said Cruz.

The grieving mother is now trying to reflect on the son she's forced to say goodbye to.

"He had the biggest heart in the world," said Grey.

She is now hoping Cruz will learn his lesson in jail, while also pleading for bigger changes.

Stephenn Santiago-Grey was a sixth grader at North Tampa Alternative School and grief counselors were there to help students Monday. The family is still planning his funeral and is working to set up a Go Fund Me page to help cover the costs.