Man says ‘voices' in his head made him kill his date

NEW YORK (AP) — A man accused of killing a New York City woman he met on a dating app says voices in his head made him do it.

Danueal Drayton spoke to a reporter with New York’s Daily News who visited him at a Los Angeles jail.

In an interview published Tuesday, Drayton says he remembers strangling Queens nurse Samantha Stewart two weeks ago and talked about voices urging him to harm people.

“I really liked her. I didn’t want to kill her,” he said from behind a glass partition. “They told me she had to die.”

Drayton was arrested last week in Los Angeles after police say he sexually assaulted a different woman, tried to strangle her and refused to let her leave her apartment. He has pleaded not guilty. Drayton told the Daily News that he also remembers choking that woman.

Two law enforcement officials previously told The Associated Press that after his arrest, Drayton claimed he had killed at least five women in Connecticut and New York. The officials were not authorized to discuss the investigation publicly and spoke to the AP on condition of anonymity. Investigators are trying to verify his stories. 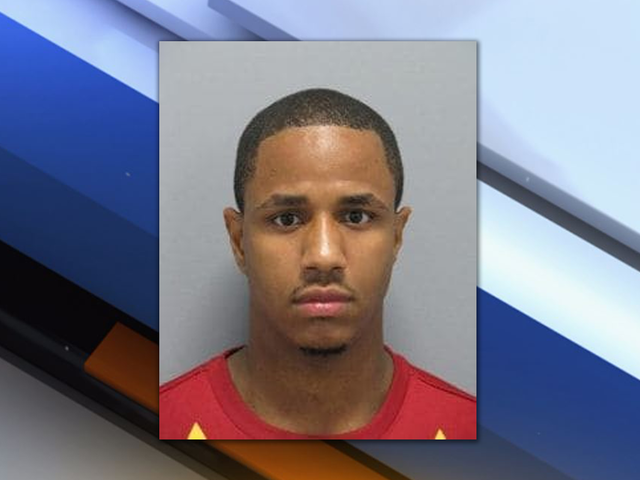 Drayton told the Daily News that he and Stewart visited a race track and shared an artichoke pizza and he had no intention of hurting her.

“I’m a passenger in my own body,” Drayton said repeatedly. “It’s mind control,” he said. “They use direct-energy weapons on me to control my mind.”

Drayton said he strangled Stewart and tried to resuscitate her but eventually, her body went “stiff.”

He used bleach to partially clean up the crime scene but intentionally left his “Egyptian cologne” behind in the hope police could link it to him.

“I wanted to get caught. I took some of her things with me and used them. I kept my same phone. I knew they could track it. I didn’t know how long it would take,” he said.

Drayton said Tuesday he also recalled choking an ex-girlfriend at a park in Inwood, Long Island.

That woman, Zynea Barney, told the Daily News this week that Drayton seemed like a “cool guy” initially, but when she broke up with him, he tried to strangle her until bystanders intervened. The next day he threatened to kill her and her family, she said.

After buying a one-way ticket to California using Stewart’s credit card, Drayton landed in Los Angeles and met a woman while taking an Uber ride, he said.

He said they went back to the woman’s apartment, where he choked her. He recalled seeing her body wedged between a toilet and the wall, thinking she was dead, but then she stirred.

Drayton said he attempted suicide with Advil before police caught up with him.

He told the Daily News he couldn’t remember meeting a 23-year-old woman he is accused of raping in Brooklyn.

But he also said the voices cause him to have blackouts. “They make it so I can’t remember,” he said.